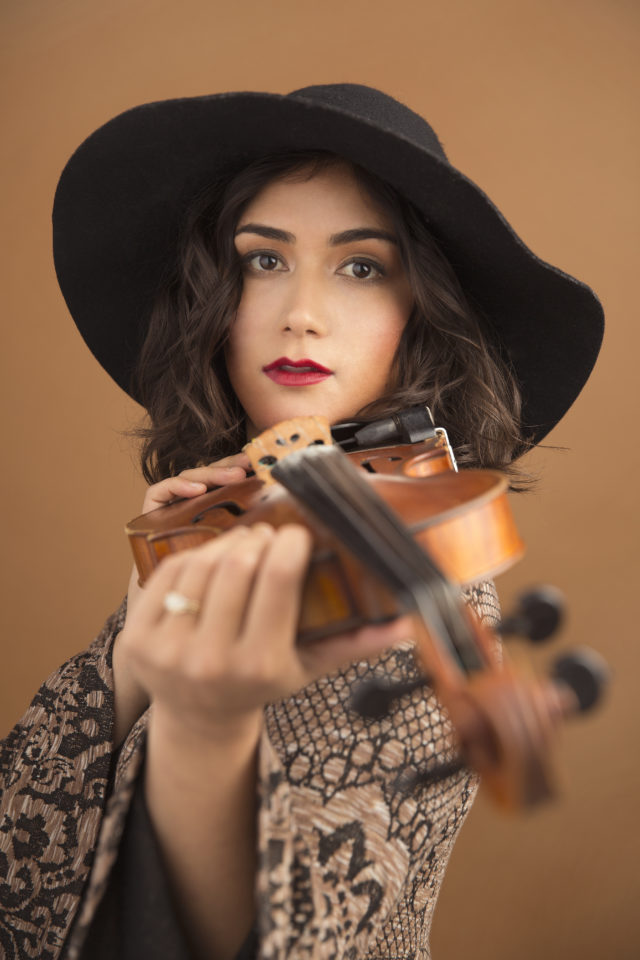 In some ways, Phoebe Hunt is just one among a sea of millennials, one who routinely submits herself to existential crises, bobbing and weaving however she can to enjoy her life and escape the “hook” of the corporate world. Like many of her peers she does yoga, goes on meditation retreats, lives with her husband in a Brooklyn house full of artistic and self-employed friends and dreams of a life successful in ways that have nothing to do with money.

“I want to be free,” she says. “Freedom is limitless. Within a social construct and within the capitalist society we are in, actually being able to be free means being able to connect to your deepest truth and owning it. It’s about trusting others enough to share that self, collaborating with them to come together in an authentic community. It’s about being totally vulnerable.”

Her ideation of freedom has a decidedly feminine quality, invoking notions of yielding instead of conquering. It’s a philosophy that requires her to forsake the license to do whatever she wants in the name of a more universal liberty. This is the ethos with which she leads her band and also the way she measures their success:

“Lately people have been telling me that my music opens their hearts. To spiritually release things is what we are here for and if my music can do that, well, I think that’s beautiful.”

It’s no surprise that Hunt is softening — she spent two months in the past year on spiritual quests, first on the Camino de Santiago in Spain and then at a Vedic meditation retreat in India. It was on that second trip that she spent time studying with master violinist and vocalist Kala Ramnath, who taught Hunt to play her instrument in the North Indian classical tradition.

Like the folk music Hunt plays, Indian folk has a rich history full of legends and stories, relying on Vedic myths that teach us to go beyond the boundaries of our own experience — but for years they were stories left for men to tell.

As the two women sat together in a transference of craft from master to student, the feminine aspects of the music became clear. The songs they played were composed of ragas — melodic structures believed to have the capacity to color the mind of both player and audience — and the music felt supple and womanly. The songs started off slowly, complicating as they went along, not because they wanted to but because the music itself called for such evolution.

Her latest album, Shanti’s Shadow, is an expression of all the various facets of Hunt’s place in time — her artistic lifestyle, her spirituality, her questing spirit — but mostly it sounds like the confession of a woman who is learning to lead by yielding to what comes, a woman being formed like a pearl inside an oyster shell.

It was only a matter of time before Hunt discovered the innate feminine in folk, as if she was destined to bring the feminine of spirituality into the masculine energies of American culture, as if it were her birthright.

Before she was born, Hunt’s parents studied with Guru Swami Satchidananda, living with him on a New York ashram for seven years before returning to the material world to raise a family. Hunt describes her childhood as ordinary in that it was not overtly spiritual, her parents simply wanted her to know the sweetness of freedom and play, unconstrained by ideology.

As kids do, she grew up quickly, and by the time she was 21, her youthful jubilance had been replaced by a relentless busyness and lengthy resume. Without knowing it, she seemed to have embraced a breed of feminism that urged girls to be like the guys — to achieve like them, to fiddle like them, to keep pace by mimicking the way they conquered the world. She was prone to anxiety and her heart was always beating hard and fast.

It was her mother who would break the spell, not by saying “I told you so” or with discipline, but by urging her daughter to stop and sit with her in silence — just long enough to take a few deep breaths. Over and over Hunt refused. After all, she was far too busy to sit around and do nothing. Until one day she wasn’t.

“I sat with her and I took a deep breath and my heart slowed,” she says. “I couldn’t believe it. I thought it was the coolest thing that the tempo of our breath could change the speed of our hearts.”

That was 15 years ago and ever since then, Hunt has been learning how to breathe in stride with her music. But if you look at her life laid out like a timeline it seems like it all started 50 years ago, decades before she was even born, on Aug. 15, 1969.

On that day, her parents’ guru walked across a stage in Bethel, New York, and took a seat in front of 400,000 people. Cross-legged he waited for the crowd to still, a broad smile struck across his wrinkled face. There was restlessness all around him, but Satchindananda was calm. He had been called to Woodstock to offer an invocation of peace:

“America leads the whole world in several ways,” he said. “Very recently when I was in the East, the grandson of Mahatma Gandhi met me and asked me what was happening in America and I said, ‘America is becoming whole.’ Because America is helping everybody in the material field but the time has come for America to help the whole world with spirituality also.”

After his sparse and simple words, he asked the audience to take a deep breath. Together they issued three Om’s. Which, if you think about it, is nothing more than three long, slow, singing breaths meant to slow the beating of hearts. And then the music began and 50 years later, Hunt would make her humble offering to its reincarnation as Phoebe Hunt and The Gatherers.