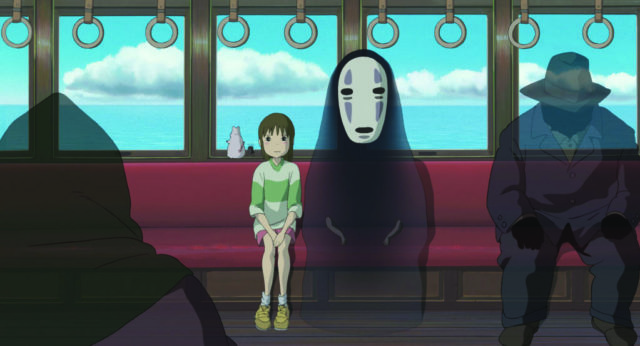 To see a Studio Ghibli film is to believe — in wonder, in magic, in childhood imagination and, most importantly, in the capacity for human compassion.

And what could we use more right now than a little compassion?

Founded on June 15, 1984, in Tokyo, Japan — thanks primarily to the financial success of Nausicaä of the Valley of the Wind — Studio Ghibli represents an era of moviemaking long forgotten. There once was a time when each studio was known for the genre it produced rather than the intellectual property it acquired — looking for a gritty gangster drama? Warner Bros. has your desire. How about a glitzy and glamorous musical? Metro-Goldwyn-Mayer is the studio for you. Like a good kung-fu movie? Seek the Shaw Brothers shield.

Among these, only Studio Ghibli still stands today as it did then. Granted, its output has slowed significantly — its last was the 2016 international co-production The Red Turtle — but from 1986’s Castle in the Sky to 2013’s Princess Kaguya, Ghibli rolled masterworks out one at a time, all of them painstakingly labored over by the studios’ top triad: Hayao Miyazaki, Isao Takahata and Toshio Suzuki.

Of these three, Miyazaki’s name stands tallest, a singular talent in the animation world. But nothing about animation is singular — it is arguably the most collaborative of all the cinematic arts. Which is why it is nice to see GKIDS and Fathom looping in some of Ghibli’s lesser-known films.

Take Whisper of the Heart, directed by Yoshifumi Kondō from a script by Miyazaki based on the manga by Aoi Hiiragi. For those unfamiliar with Ghibli animation, Whisper is a wonderful place to start. The character animation is simple and clean, allowing for a great deal of emotional flexibility, and the backgrounds are so detailed, so lush, you want to wrap yourself in them like a warm blanket.

Like most Ghibli movies, Whisper’s protagonist is a young girl — here, Shizuku, a middle schooler — given to flights of fantasy while remaining rooted in the real. Almost all Ghibli films feature protagonists who can traverse the mystical and the routine with equal ease. Each has a goal, but these goals hinder not their ability to see the forest for the trees.

It’s in those forests that Ghibli thrives. Sometimes they are dark and foreboding, but then a benign tree spirit shows up and offers you a chance to fly or nap on his belly. Sure, he’s enormous and — with that massive Cheshire Cat grin — slightly off-putting, but he’s also there to make sure you don’t have to wait in the rain alone. He is your friendly neighbor Totoro, and he is to the Japanese what Winnie-the-Pooh is to the English. What is Totoro exactly? A forest spirit, of sorts; maybe even the forest itself. The two sisters of My Neighbor Totoro never stop to ask, they simply accept.

Years later, Miyazaki recounted a conversation with an admirer who succinctly described the Ghibli touch: “Children need to see something incomprehensible,” she told Miyazaki. “They’ll understand it later.”

That might explain why so many Ghibli protagonists are children or young adults; it wasn’t just a ploy to sell their movies to children, it was a chance to show the adults that questions often get in the way. From the Forest Spirit of Princess Mononoke to the ghostly No-Face of Spirited Away, the images the Ghibli artists and technicians produced could not be explained easily and so they didn’t. They trusted the audience to interpret them for themselves and the audiences, in turn, trusted the filmmakers to produce something of quality and significance. Amazing how both parties walked away victorious.