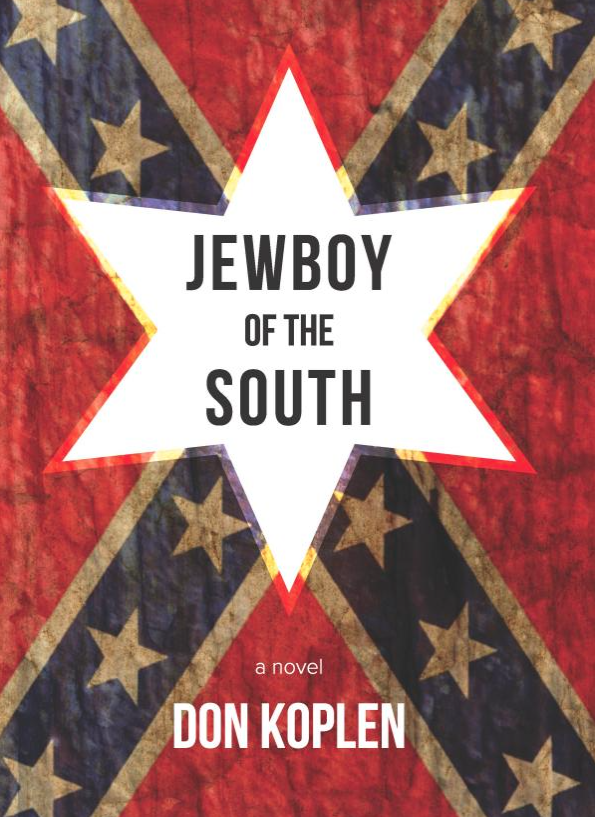 It’s always noteworthy when a local author makes Boulder proud by releasing a book that gains national attention. When that book sheds light on a topic that lies firmly at the forefront of the current political agenda, our pride doubles. Such is the case with longtime Boulder resident Don Koplen’s recently released novel, Jewboy of the South.

The focus of Koplen’s semi-autobiographical novel is race relations, and his fresh approach to perhaps the most stubborn stain on the American narrative provides new hope that the actions of those committed to justice will inevitably overcome the bigotry that we have struggled to eliminate from our culture since its inception.

Jewboy of the South is the story of a Jewish teenager (Donny) who has grown up in a time and place (mid-20th century Virginia) where bigotry toward blacks and Jews was a powerful force in the culture. So much so that local law enforcement adopted a “don’t confuse me with the facts, my mind is made up” approach to the trial of a black man wrongly accused of murder.

As is the case in the present day and age, the only antidote for injustice is love. In this case, it’s the love of a Jewish teenager for a fatherly carpenter who was in the wrong place at the wrong time, and who also happens to be black. The parallels between the plight of Thomas Eldridge — “Mr. E” — and present day African Americans on the wrong road at the wrong time are uncanny.

Jewboy of the South is a Steven King-like thriller that is at times painful and frightening to read, yet so compelling that the reader is called to face the pain and fear, and read on. In that sense, Koplen has done nothing less than provide a model for an entire nation to follow as we address the pain and fear surrounding our recently re-exposed racist character.

In a recent interview with Boulder Weekly, Koplen offered a hint of what attendees of his upcoming book signing will experience. (Full disclosure: I’ve known Don Koplen for several years.)

Boulder Weekly: The protagonist in your story is named Donny. How much of this character’s journey through his coming of age and adolescence is autobiographical?

Don Koplen: I could not have written this book had I not grown up Jewish in the ’60s in a textile mill and tobacco-centric Southern city of 100 Jewish families and 50,000 mostly racist whites and poor black southern Baptists, and had I not been part of a family store that was a crossroads of contact between whites and blacks. The beauty of an autobiographical novel is that you can explore, hide, expand on and fantasize the truths and untruths of your life within the story.

BW: Donny’s relationship with a falsely accused black man conveys the empathy that Jews have in general with other groups that have dealt with the injustice of bigotry. Why does the Jewish culture seem to champion the African American struggle for justice?

DK: In Judaism’s Passover story, we were slaves in Egypt. We were oppressed. We are commanded to tell the story of our slavery every year, generation after generation. The surprise would be if we were not empathetic to African-American oppression, and, for that matter, the struggle of any persecuted group.

BW: In what ways has the bigotry you experienced as a child shaped you into the man who wrote this book?

DK: My Western-born wife says that I often mention if people are black or white. I ran from Judaism and stifling racism. It has taken me a long time to see the deep, spiritual beauty of Judaism. I was always a sensitive, curious and loving boy, and the South forced me to see without rose-colored glasses. I couldn’t ignore racism and brutality and ignorance and meanness. I have tried to live a life like Donny in the book; I never forget Judaism’s central message of Tikkun Olam, repairing the world, by repairing my own wounds as well as the injustices in the world.

BW: Would you agree that the current administration has caused a rise in bigotry? And if so, why do you think America was so ready to move in a more bigoted direction?

DK: No, it hasn’t caused a rise in bigotry. What Trump has done is to expose and encourage the bigotry that exists in other parts of the country, as well as the South. The Civil War is the example of the fear that some whites have of not being the masters of America. Starting with Nixon, the GOP realized that the South was fertile ground for co-opting the white working class. Republicans exploited their fears to the point that they continue to vote against their own interests.

BW: Clearly, the reason to write a book about injustice is to expose and, hopefully, eradicate it — or at least lessen it. With your book coming out at a time in our country’s history during which bigotry seems to be on the rise, do you feel more or less hopeful about the prospects of fighting bigotry?

DK: Somehow both. I think the younger people I know, for the most part, are sick of bigotry and want a peaceful world. I am also afraid that if Trump’s words and behaviors become normalized, that bigotry could thrive. Yes, the book is about injustice. But it’s also about the beauty of carpentry; the loving-kindness and heroism that thrived in an oppressed black community, in both men and women; the struggle to find a Jewish identity within the contradictions and teachings of the religion; and learning how to live alongside racists, by looking more deeply into people’s hearts and souls.