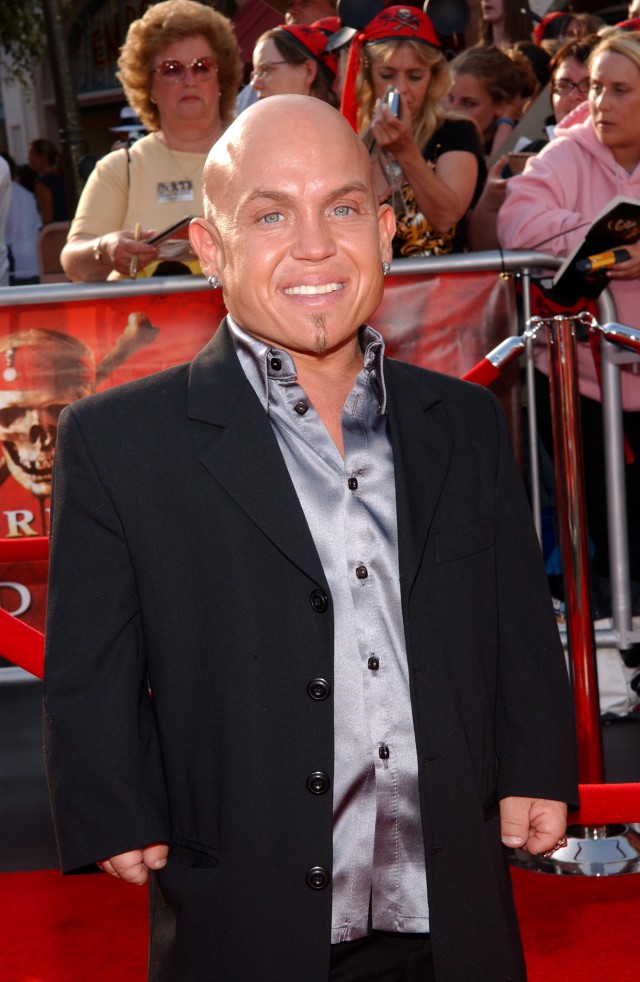 — , native thinks his new
series, “The Cape,” might be the answer for TV lovers critical of the
mundane options that usually fill network s’ broadcast schedules.

“There’s nothing on TV like it right now,” Klebba says about the new comic book-style crime caper starring (“ER”) as Vince Faraday/t he Cape, an honest cop and family man — and
costumed hero — who’s in the fight of his life. He’s being framed for a
series of murders by the corrupt police force and the evil weapons
manufacturer (, “True Bood”) who set him up.

The show has the campy vib e of the old “Batman” TV
series, says Klebba, the 4-foot, 1-inch actor and stunt man whose
dwarfism has helped him land theater work in and movie roles in films like the ” Pirates of the Caribbean” series.

Klebba talked about his new series, how a little person from made it to the big screen in and his charitable work with the .

A: Rollo, he’s a thief, an opportunist — not a good
guy, but he’s not like a super -bad guy either. The crew that (lead
character Vince) Faraday falls in with are part of this dark carnival
that’s filled with seedy people. And they are petty thieves, bank
robbers. And even though t he Cape is a superhero, he’s not stopping us
from robbing banks.

Q: Did you take this project because you wanted work
or have you always been attracted to genre stories like this — comic
books and science fiction?

A: What’s really cool, I think, is that the world of
this show isn’t black and white. Like the actual cape itself, that’s an
object that’s been around a long time, hundreds of years, and there’s
some kind of magic to it or something. We’re not really sure how it
works.

Personally, I’m attracted to all types of work,
whether it’s “Scrubs” or “Pirates of the Caribbean.” I do love doing
fantasy; science fiction is totally cool because there are no
boundaries there. It’s great to work on something like “The Cape”
because you can really let it all go.

But certainly starring in a series like this on prime time, I’m honored that is really behind it. And the cast, with people like — oh, my God! — and .
We hope fans have as much fun as we are. There’s nothing on TV like it
right now; it’s got that campy, old “Batman” TV series feel, but it
also is about sleight of hand and the illusion of what’s going on.

Q: Has your size helped or hurt your career?

A: There have only been a few little people who have
had regular roles on prime-time network TV. Herve Villechaize played
Tattoo on “,” and had his show “The Wizard” and then appeared on “.”

Being a little person, I’m trying to do a couple
things, and one is that I’m hoping to break down some barriers by
branching out and perhaps playing a superhero in an “X-Men” movie.

But my main thing is that I want kids to like me.
Children don’t really know how to approach people who are different.
But when they see someone like me on TV every week, they’ll hopefully
identify me from that and come right up and talk and forget that I’m
different.

Q: How did you get started in acting? Was that something you always wanted to do?

A: I love it, and I do everything, stunt work and
acting. I do a lot of stunts for child-actors, actually, because kids
can’t legally get thrown off horses and ride motorcycles.

I graduated (from)
in 1987 and at that time I was getting into theater. My freshman year,
you know, kids are coming into their own and I couldn’t figure out what
crowd to run with. Some kids I was friends with were getting into
experimental things and another group was into the theater department
and I just kept gravitating more toward them.

That same year we were putting on “Peter Pan” and my
drama teacher kept asking people why I wasn’t auditioning. But she
didn’t know the reason was because I kept hearing they wanted me to
play Tinker Bell. But I finally did audition, and I was a badass pirate
and got the bug right then. The next four years I was all about acting.

After high school I got cast in the “Christmas Spectacular” at in , and did that for 10 years and just kept auditioning and looking for work.

Q: I talked to your friend (TLC’s “Little People, Big World”) before the charity basketball game
you hosted a couple years ago at Troy Athens (High School). How’s
everything going with CODA, your ?

A: That was so fun, that game at my old high school.
CODA, it was created by Matt and me a few years ago, and 100 percent of
the donations we receive go to helping dwarves, things like building
bicycles, home improvements and education.

We’ve both been pretty busy lately, but we’re hoping
to get another charity event together. We’re trying to work with the
government right now to get funding for research and charity. ? But,
times are tough for a lot of people and there are a lot of other great
charitable organizations that receive more attention than we do, so we
just want people to know that every little bit really helps.