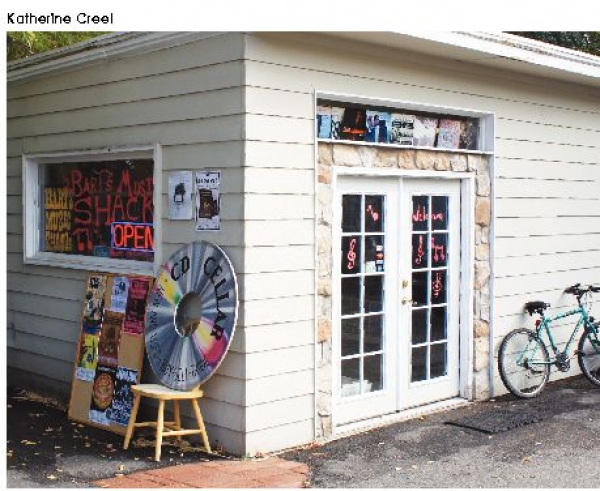 Waves of change rattled the record store community in Boulder when Bart’s CD Cellar and Record Shop closed its doors this past Valentine’s Day.

Now, Bart Stinchcomb, the original owner and namesake of the store, hopes to make another, if smaller, with his latest record-selling venture.

Stinchcomb sold the business to Value Music Concepts Inc. back in August 2006.

Shortly after closing Bart’s, Value Music filed for bankruptcy. This action also inadvertently reversed a “non-compete” agreement with Stinchcomb that contractually forbade the former owner from opening another store within 50 miles for five years.

Not content with selling records and CDs online, and freed from the contract with Value Music, Stinchcomb opened a new location this past June. His present “project,” as he calls it, aptly named Bart’s Music Shack, is a small trailer of sorts that barely covers 400 square feet of 236 Pearl St.

“Online sales weren’t enough for me anymore,” Stinchcomb says. “I wanted a place where I could talk to people.”

“Boulder is a community that has always supported homegrown business,” says Andy Schneidkraut, who runs and has owned 35-year-old Albums on the Hill for more than two decades. “It’s amazing how quickly the physical space dedicated to music sales could shrink over the years in a place with such highly educated, music-loving people.”

Schneidkraut feels a kinship to Stinchomb, whom he considers a friend. Although he admits that Bart’s “big store” going out of business probably saved Albums on the Hill from closing, he believes there should be a variety of independent record stores in areas such as Boulder for the same reason Stinchomb prefers his new storefront to online sales.

“People don’t want to be isolated,” Schneidkraut says. “A local music store can be a center for people who crave connection.” Schneidkraut also agrees that the importance of having a record store like Bart’s or Albums is “people coming in for an education, to speak to someone who knows the music and can engage in discussion about it with breadth.”

Whether in competition with Stinchcomb or not, Schneidkraut also notes, “My best years were when there were the most stores in town. Part of being a record collector is bitching about which stores you like and which stores you hate.”

“I wanted a place where people can come, be comfortable, and just listen,” he says. “The store’s there for people. I want it to be a resource.

“In the old days, stores used to cluster,” Gaddy says. “There should be different personalities, different experiences in each store. People want to have that experience.

“It’s apples and oranges,” Gaddy says of Stinchcomb’s old location and the new one. “But, when he owned his old store, he was always so busy. After he sold to Value Music, we were able to finally go out and get Mexican food or a ‘non-beer.’ We’re both just record nerds, and we’re kind of doing this for Boulder.”

Peters has run his store, a few blocks east of where Bart’s used to be, for 20 of the 25 years he has lived in the area. It’s here where Peters sells both books and records alike.

Though he concurs that “record stores should be weird” and that they should be “places where people can engage with other people who are educated and can grant secret information,” he doesn’t feel that there’s an actual “community” which exists between his competitors and himself.

As with Schneidkraut and Gaddy, Peters did “shed a tear” when Bart’s sold to Value Music, losing a lot of Stinchcomb’s original employees along the way, some of whom were Peters’ close friends.

Nevertheless, Peters doesn’t understand why, when it comes to local record stores, Bart’s is “the only thing anybody can talk about. He’s not the only one selling records.”

Whether or not Peters is correct in his dismissal of an area record store community, he shares with his competitors — including Stinchcomb — an abiding love of records that will never be matched by the convenience of iPods or mp3s, a passion that they all want to share with new generations of music listeners.

“All I know is when I see a record, I get really happy,” Peters says. “Records have this warmth. … You’re going to have an emotional experience, and nothing is ever going to replace that. I hope all of the stores thrive and do well.”