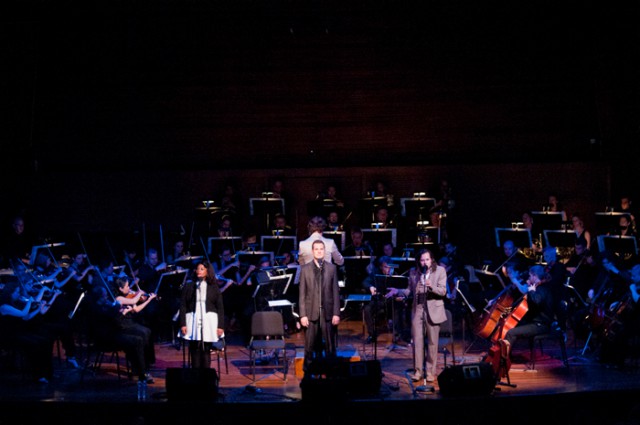 When the Colorado Music Festival gets underway Sunday (7:30 p.m. in Chautauqua Auditorium), many of the festival’s familiar features will be in place.

There will be family concerts, patriotic pops, orchestral showpieces, guest artists, and a mix of popular and classical styles on the “Music Mash-up” series ( July 1, 15 and 29). There will be picnics on the lawn and people sitting outside enjoying the summer nights.

What won’t be there is Michael Christie, the festival’s popular musical director who gave up his position at the end of last season. Instead, audiences will have a chance to preview three finalists to replace Christie, conducting two programs each: William Boughton ( July 6, 10 and 11); Carlos Miguel Prieto ( July 17, 18 and 20); and Jean- Marie Zeitouni (Aug. 3, 7 and 8; festival program at www.comusic.org/2014- summer-festival/).

The program fits the creative approach audiences have come to appreciate from both the Boulder Phil and CMF, combining familiar and unfamiliar elements. Here the composers are very familiar indeed, but the works are not: from Mozart, the “Haffner Symphony,” less known than other late symphonies; from Richard Strauss, the rarely heard “Burlesque” for piano and orchestra and “Serenade” for winds; and from Brahms, the pastoral “Serenade No. 2.”

“This is a chance for [the orchestra] to do some music that is beautiful and worthy, but they probably haven’t played a lot,” Butterman says.

A festival hallmark, the Music Mash-up series was brought back to CMF after the success of last year’s Brahms/Radiohead concert. The recomposer (his word) and conductor of that performance, Steve Hackman, is back this year as director for all three concerts.

While the term “mashup” comes from the popular music world, it is not really new in classical spheres. Orchestras have long offered pops concerts with popular artists, and orchestral film scores have often combined classical and popular idioms. Hackman, a conservatory-trained musician with wide interests, sees what he is doing as just the next step in that lineage.

Today, many orchestral musicians are similarly active in different idioms. To appeal to those players, Hackman is careful to honor the sound of both classical and popular sources.

“If you show that you’re being ultimately respectful and reverent of Beethoven while combining with this new music, you’ve got a much better chance of winning the favor of the musicians,” he says.

The first of the mashup concerts, on July 1, features Beethoven and Coldplay fused into a single composition.

“Brahms-Radiohead had a lot of musical similarities,” Hackman says, referring to last year’s concert. “With Beethoven and Coldplay it’s really more of a feeling and a universality that they have in common.”

Hackman has “re-composed” Beethoven’s “Eroica” Symphony while carefully maintaining Beethoven’s orchestra, adding only three singers to perform Coldplay songs. “I basically turned the ‘Eroica’ into an oratorio, adapting both musics so that I can use the themes of Coldplay superimposed over the Beethoven.”

The other two mashup concerts bring in artists Hackman admires to appear with the orchestra. All are conservatory trained, and, like Hackman, invested in both classical and popular idioms. On July 15, the guests are female vocalists Shara Worden (performing as My Brightest Diamond), Aoife O’Donovan and Olga Bell.

“I am proud of how unique these three female artists are,” Hackman says. “You’re going to hear three extraordinary artists who have found such compelling yet different ways to bridge these gaps” between musical genres.

All three will perform with the CMF orchestra in arrangements created for them by Hackman, and perform together in three pieces based on their individual work.

The final mashup concert, on July 29, features the classical/indie-rock ensemble San Fermin with the CMF orchestra. The work of Yale-trained composer/songwriter Ellis Ludwig-Leone, San Fermin will bring their own arrangements, crafted for the occasion by Ludwig-Leone.

“This guy’s for real,” Hackman says. “We put them in front of an orchestra, [and] combine those rock and classical elements, and I think the effect will be pretty stunning.”

These kinds of concerts — bringing popular artists into the concert hall — are often seen as cynical attempts to attract new audiences, but Hackman definitely does not see it that way.

“For me, this isn’t a strategized endeavor,” he says. “This is truly just who I am as a musician and who I’ve always been, somebody who lives in the classical and the pop worlds. I am someone who’s interested in making creative new works, who doesn’t see a huge difference between a masterwork of Beethoven and a masterwork of Coldplay.