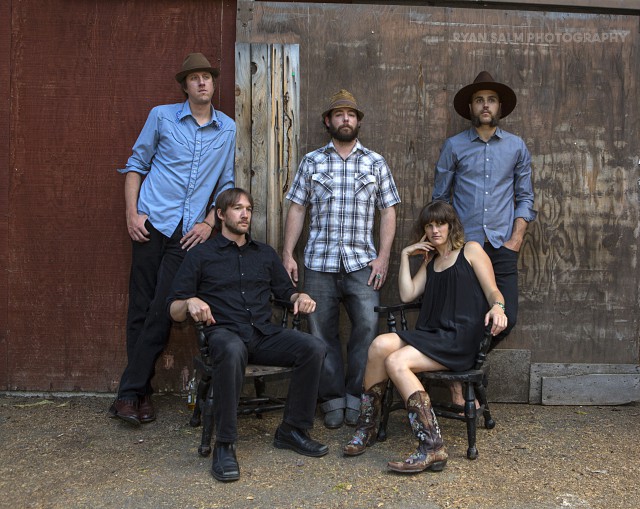 As June has given way to July, the heat index has inched up around Colorado. Boulder and Denver have seen their first handful of 90-degree days, with many more on the way. But coming from Phoenix, the Dead Winter Carpenters will kindly take Colorado’s summer sun.

“Phoenix in the summertime is otherworldly,” lead vocalist and guitarist Jesse Dunn says. “The forecast this weekend is 117 degrees, so we’ll be looking forward to getting to Colorado.”

It’s a familiar place for the Dead Winter Carpenters, who by Dunn’s estimation have visited the state seven or eight times since they formed in 2010. The band holds Boulder in particularly high esteem, a place Dunn likens to their base of operations in Lake Tahoe (“A lot of outdoor enthusiasts and high-mountain/high, mountain music”) but with better beer. Pressed to choose a favorite, Mountain and Southern Sun stand out.

“First of all, there’s incredible beer, and then everybody’s there to have a good time,” Dunn says. “We had one show where Andy Thorne [of Leftover Salmon], Dave Bruzza from Greensky Bluegrass … everybody was in town for that one Sunday night, and it was kind of magical for us.”

Though they retain elements of both, the Dead Winter Carpenters are too percussive for bluegrass and a little hard for folk. Half of it can be traced six hours south of Tahoe, in the rough-and-tumble Bakersfield, Calif., where performers like Buck Owens and Merle Haggard played a flavor of rock-influenced country that would spawn a name to put their town on the map. The Bakersfield sound emphasized drums and a strong guitar, as well as the softer, lovelorn side of cowboy living.

Then there’s outlaw country. In the saloons of Texas, singers like Townes Van Zandt and Waylon Jennings were playing a style of music for the down-and-out that bucked the then-prevalent Nashville sound. These were heavy-drinking, fresh-out-of-prison ballads that dealt with the after-effects of the cowboy heartache chronicled by Owens and his Bakersfield compadres.

That Bakersfield/outlaw country influence is evident in much of the Dead Winter Carpenters catalogue. Some are much more one than the other, like “I Shot Him,” a honky-tonk rock murder ballad that’s a spell gruffer than anything Buck Owens put out. On the other hand, no one would mistake the sweetly sincere “Find Your Home” with an outlaw country number.

Still, both sub-genres put a premium on storytelling, a concept that Dunn says drew him to this sort of music in the first place.

“I think recycling those old stories is a cool way to relay history from generation to generation,” Dunn says of American roots music. “And it’s all about everyday struggles, really. Life and love and being on the road and drinking too much and unrequited love. There’s stuff in there that everyone can relate to.”

Rambling songs are another shared hallmark of the two styles, so it’s no surprise that DWC’s latest LP, Ain’t It Strange, is mostly made of songs about going somewhere. Tribute might be one reason for it, but more directly, it’s because the Dead Winter Carpenters themselves are now bona fide ramblers; they’re living the life of the folks in their songs.

“Touring is what we do, and there’s a lot of experiences and emotions that come from that,” Dunn explains. “A lot of our stuff comes from being on the road … [or] not being home and missing your significant others and your family.”

Traveling the country gives Dunn grist for his songwriting mill, which he’s peppered with vernacular picked off folks from around the country, but at the core, it’s still a slog, he says. It’s enough to make a band pine for the days of the parlor gig, when the money was steady and you could be back on your porch drinking tea at night’s end. But, as Dunn jokes, the only gigs like that today are in Las Vegas.