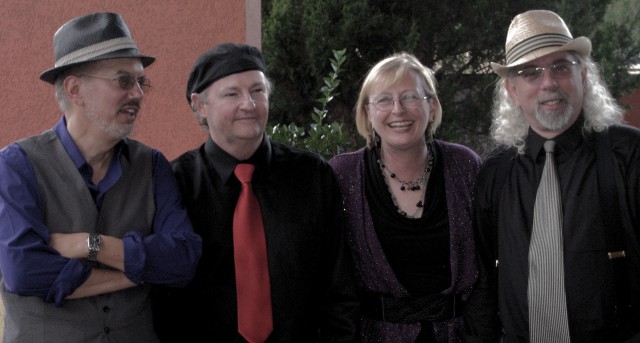 Around the same time Robert Johnson was emerging from the crossroads with his newfound guitar-picking skills, wailing about how all his love was in vain, blues music was going through a transformation of its own. The genre was spreading from its humble beginnings on the Mississippi delta to urban hotspots across the country, and the music became citified. The lyrical themes remained the same — all broken hearts, wrong-doing women and hard-drinking men (or vice versa), and the 12-bar structure has survived to this day, but cities like Memphis, New Orleans, St. Louis and Kansas City added urban spectacle to the mix. The blues was no longer about wallowing in misery, it was about overcoming it, through boogie-woogie piano and trumped-up horn sections, through scorching harmonica solos and walking bass lines.

“If you talk to any blues musician over the last 50 or 60 years, when they play the blues it would make them feel better,” says Mad Dog Friedman, vocalist and harmonica player for local blues band Papa Juke. “It’s a transformational form of music. It could be a sad song, but if you bring some humor to it or bring some openness to it, it can help you out.”

Papa Juke refers to itself as “blues with attitude,” but really, a better description would be party-blues. The group shares as much with James Brown as it does with the melancholy Delta blues artists that laid the foundation for the genre. Friedman is a St. Louis native, and his band takes liberally from the wide-range of unique blues styles that emerged throughout the American Southeast and Midwest, while also pulling from other genres such as reggae, funk, soul and good old-fashioned rock ’n’ roll. The result is a band that is equally comfortable playing simmering, slow-burn traditional blues songs (especially on songs sung by bassist Christine Webb, who adds some feminine gravitas to the group) as it is with sizzling tracks designed to get the audience out of their seats and onto the dance floor.

Their newest album Out of Blues fully embraces the group’s wide range of inspiration. The title is a reference to the group looking beyond traditional blues music for inspiration. Friedman calls it a concept album, not because of similar themes but because it is an exploration of the various influences on the group. Friedman is proud of the fact that the band’s original music can pay homage to all the artists and genres that have shaped the musicians in Papa Juke.

“We’ve always written blues-based original music,” says Friedman, “but what it comes down to is that every body in the band has a different set of influences. We write and play as a democratic band, so [those influences] are naturally reflected in the music.”

It’s easy to trace the effect that blues has had on popular music. There are few American genres that aren’t at least a little bit touched by the wide influence of blues music. Papa Juke serves as a reminder of how other genres have altered the blues. The genre is heavily steeped in tradition, but it is also still evolving. Friedman and the members of Papa Juke are prime examples of musicians absorbing what they can from other genres and then putting it through the blues filter.

It’s that sort of spirit that brought blues from the intimate sadness of the genre forbearers to the wall-of-sound booty-shakers that make up much of modern blues music. The blues will never lose its ear for heartache, but bands like Papa Juke aim to add a little bit of levity to that heartache. Papa Juke reminds us all that the best cure for the blues will always be good friends, good music and someone to dance with.

“We’re serious musicians,” Friedman says, nicely summing up the band’s mission statement, “but man, we don’t take ourselves too seriously.”