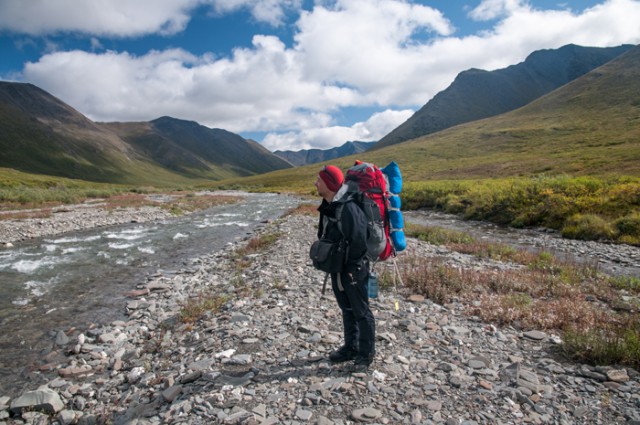 The concert under music director Michael Butterman, at 7 p.m. Sunday, Sept. 14, in Macky Auditorium, launches the 2014-15 season with three pieces that would each be noteworthy on any program (http://boulderphil.org/concerts/opening-night).

The very opening piece will be the world  premiere of Gates of the
Arctic, an avowedly pictorial work portraying the Gates of the Arctic
National Park, written by composer Stephen Lias, who describes himself
as an “adventurer/ composer.”

If
that doesn’t capture your imagination, next on the program will be the
Second Piano Concerto by Camille Saint-Saëns. That performance will
introduce Gabriela Martinez, an emerging pianist from Venezuela whose
career has been boosted by Gustavo Dudamel, the young conductor who
created a sensation when he moved from Venezuela’s Simon Bolivar Youth
Orchestra to the podium of the Los Angeles Philharmonic.

And
third will be Rimsky- Korsakov’s brilliant Scheherazade, which is not
only a crowd-pleaser but also an opportunity to introduce the
orchestra’s new concertmaster, Charles Wetherbee, who will play the
prominent violin solos throughout the score.

It’s also one of the pieces that have given the season it’s theme, “Legends.”

“We
humans are storytellers by nature,” Butterman says about the theme. “As
we put the programs together, there was this idea of stories, legends
and myths that was apparent in all of the concerts, so that was a very
obvious unifying thread.”

The
opening piece, Lias’ Gates of the Arctic, bridges last season, focused
on nature, with the current theme. The subject is obviously nature and
wilderness, but at the same time, Lias says, “This is center-of-the-bullseye program music. I’m telling the story through sound.”

The
story is Lias’ 2012 residency in Gates of the Arctic National Park —
one of several such residencies he has held in national parks.

“My
residency consisted of going on a 10-day backcountry backpacking patrol
with a park ranger,” Lias explains. It was “just me and him, and we
migrated with the caribou.”

The structure of the piece reflects Lias’ day-to-day experience during the backpacking trip.

“When
you look back on it, the experience is inevitably a series of intense
momentary things: when you encountered a herd of caribou, when you saw
this waterfall or that bear, and in between, it’s all connected with
walking,” he says. “I’m using a similar structure to Mussorgsky’s
Pictures at an Exhibition. There’s a walking theme, and then individual
snapshots of moments.”

The
audience will always know what the “snapshots” are about, he says,
because the performance will be accompanied by projected photos from the
national park, about a quarter of them pictures that Lias took during
his residency.

On most
programs, the Philharmonic debut of a pianist of Gabriela Martinez’s
qualities would grab the headlines. Accomplished, talented, youthful and
glamorous, she is clearly headed for a major career. From an orchestral
debut at the age of 7, to study at Juilliard and
collaborations with major conductors and musicians — including Boulder’s
Takács Quartet — her career trajectory has been meteoric.

“I’ve
been interested in her for a while,” Butterman says. “She’s a very
elegant player, but also she’s got lots of great technique and that’s
why I thought the Saint-Saëns [Second Concerto] would be a good piece.”

The concerto gives the soloist opportunities to display different levels of musicianship, from the introspective to the brilliant.

“It’s
kind of a schizophrenic work in a way,” Butterman says. “The first
movement is a Bach Toccata kind of thing and gives you lots of
opportunity to be expressive, almost on your own without the orchestra,
and the last movement is one of those barn-burner five minutes of music
that you get worked up to a frenzy by the end of it.”

To
top off a program that already offers lots of interest, the Boulder
Phil will introduce new concertmaster Charles Wetherbee, giving him the
opportunity to play the lavish and opulent solos in Scheherazade. The
first permanent concertmaster in a couple of years, Wetherbee has built a
career playing orchestral, solo and chamber music, and has recently
been appointed to the University of Colorado music faculty.

“Everyone
is thrilled to have him join our orchestra family,” Butterman says. “He
brings so much experience as an orchestral musician, so much skill as a
violinist, and a way of working in a really efficient manner that
allows us to get to the heart of our rehearsal challenges as quickly and
effectively as possible. He’s somebody that everyone respects and he’s
going to help lift everyone’s game, frankly.”

These
three pieces add up to an intriguing season opener for the Phil. So
much more could be said — but even better is to hear them for yourself.