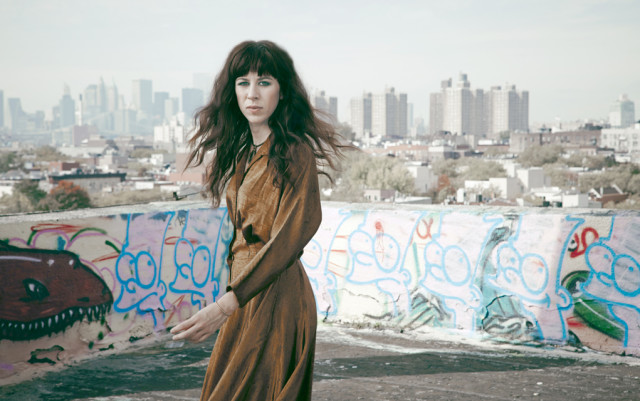 The Boulder Philharmonic and composer Missy Mazzoli will have a busy week Feb. 6-12.

Mazzoli, who visits Boulder courtesy of a Music Alive Composer Residency, will participate in a workshop with University of Colorado Boulder composition students, a Café Phil open rehearsal, a “Meet the Artists” luncheon and a musical stargazing hike (see the list of public events).

That’s in addition to the concerts: “Who is Missy Mazzoli?” and “Spheres of Influence,” a concert by the Boulder Phil and music director Michael Butterman featuring the premiere of the orchestral version of Mazzoli’s Sinfonia (for Orbiting Spheres).

The full program of the Boulder Phil concert Friday will be Mazzoli’s Sinfonia, the Symphony No. 9 of Shostakovich, Tchaikovsky’s Mozartiana and the Mendelssohn Concerto. The Tuesday afternoon Soundscape concert will feature several of Mazzoli’s pieces, performed by Mazzoli, the Altius String Quartet and other local musicians, interspersed with movements of the Bach Partita in D minor for solo violin, performed by Boulder Phil concertmaster and CU music professor Charles Wetherbee.

This unusual feast of music new and old was launched when the Boulder Phil was selected for the residency program. Butterman explains that Mazzoli’s name was on a list of available composers.

“I have never done any of her music,” he says, “but I’ve been interested in it and thought this would be a good opportunity.”

Next, Mazzoli talked to Butterman about the orchestra and the local community.
“I wasn’t interested in having them perform something that I had written for other orchestras,” she says. “I wanted to create something new.”

When Butterman described the orchestra’s programs combining music and nature, Mazzoli thought of her Sinfonia (for Orbiting Spheres), originally written as a chamber piece for the Los Angeles Philharmonic. Because it is about watching the night sky, she thought it would be a good fit for Boulder, and she wanted to extend the piece for full orchestra.

With this version, “I feel that [the music] has reached the form it was meant to take,” she says. “I think of it as a different piece.”

Mazzoli admits to many influences on her work. “It’s become a cliché to say I have many interests, but I think it’s natural growing up in the ’80s,” she says. “The whole palette of sound is available for composers, and I think of them as tools I can use.”

In the case of Sinfonia, those tools include techniques and ornamental gestures from the Baroque period. It was that retrospective quality that led to the overall theme of the concert.

“I began thinking about music that has influenced my music of the past,” Butterman says. That led to Tchaikovsky’s Mozartiana, orchestral arrangements of music by Mozart. That, in turn, led to Shostakovich’s Symphony No. 9, which Butterman compares to classical models.

“It has a relatively small orchestra,” he says. “The size and even the form of the first movement, the humor and the light-heartedness seem very much like Haydn.”
Mendelssohn fits this program as well. A student of older music, Mendelssohn essentially wrote in conservative, classical forms.

Mazzoli isn’t the only one who will be busy. Anne Akiko Meyers is the soloist for the Mendelssohn Violin Concerto, teaching a public masterclass at CU and attending the “Meet the Artists” lunch.

Meyers recorded the Mendelssohn Concerto more than 20 years ago, in 1993.
“Wow! That’s scary,” she says. “When I listen to that recording now, lots of interpretive things have changed. It’s like going back to a classic novel — when you’ve lived your life, the layers of depth are so different.”

One difference now is the instrument she uses. Today it is a Guarneri del Jesu violin from 1741, a particularly beautiful and powerful instrument that has been played by many great violinists.

“With every instrument that I’ve performed on it’s always different,” she says. “The Guarneri del Jesu will definitely be an epic-sounding violin, where I can sing the opening with an E string that has cathedral-like overtones, and the G string is so powerful it sounds like a cello.”

Meyers notes that she has been playing lots of new music recently.
“To go back to Mendelssohn is like being a philosophy student again,” she says. “It’s like, what is the meaning of life?”

And Mazzoli can’t wait to hear the new version of her Sinfonia.
“This is the first time I’m hearing this piece,” she says. “There are things I will discover [hearing it] with the orchestra. And I think that’s super exciting.”