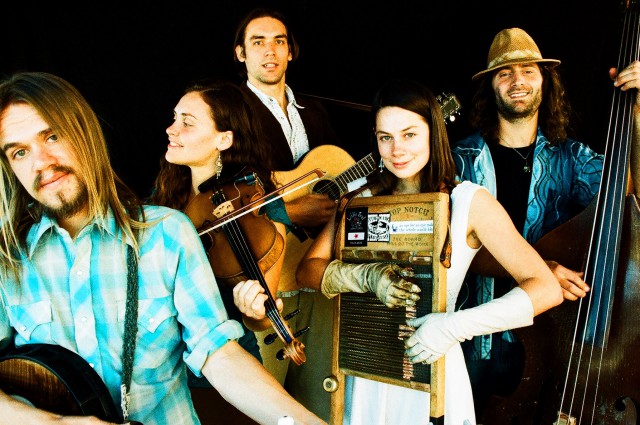 When the Link Center Foundation (LCF) decided to close its doors in 2009, many of the board members were left with heavy hearts.

Audrey Link formed LCF in 2008 to provide emergency heating and utility assistance to the elderly, disabled and sick residents in the Lakota reservations in South Dakota. The needs were great, but due to unforeseen circumstances (namely two untimely deaths of LCF administrators), the LCF board reluctantly disbanded. Atashnaa Werner, a long-time supporter of LCF, as well as an ad hoc activist for the Lakota peoples, began to envision a new organization that not only would continue the good works of the LCF, but also expand upon them by forming sustainable housing solutions with partnering organizations.

The Buffalo Heart Project (BHP) is the direct result of this vision and will be hosting its inaugural event in conjunction with Conscious Alliance, featuring local musicians Elephant Revival, Boulder Acoustic Society and others on Feb. 5 at the Boulder Theater. One hundred percent of the proceeds from the event will help BHP complete its short-term goals of emergency heating assistance on different reservations, including Pine Ridge, as well as long-term goals of providing eligible families access to sustainable housing. Werner views this event as an investment in the future of families at Pine Ridge as well as a “seed of awareness for change in regards to the plight of American Indian communities.”

While many people have been involved with the rescue and donation efforts for Haiti’s post-earthquake devastation, few are aware that such disastrous living conditions exist within a couple hundred miles of us. The poverty statistics on the Pine Ridge reservation are staggering: the average life expectancy is 46; 65 percent of the residents live with sub-standard conditions such as lack of water and electricity; unemployment is approximately 85 percent to 95 percent; average income is $2,600 to $3,500 annually. With average utility costs during winter months averaging $1,500 to $1,800, families are living in untenable situations.

“In the tribal culture of the Lakota, you take care of your [extended] family. Last winter, the heater went out in the trailer where an extended family of nine was
living. The floor of the bathroom collapsed from rot and a portion of
the roof in the kitchen fell in. They lived in a tent through the
remaining winter with a wood stove,” Werner says of a family living on
one of the reservations. She says there are many more stories like this
that illustrate the daily life and the challenges BHP is facing. While
national unemployment rates have skyrocketed in the past year, the
recession has even more dangerous implications for those living on Pine
Ridge and other reservations.

“There
are no cities, only small settlements. There is little to no economy or
jobs. No [viable] hospital or doctors. … The schools lack everything,”
explains Werner. “The conditions for most residents on the reservations
are akin to living in Appalachia at the turn of the 20th century. Being
poor in our urban areas is like being middle class on the rez.”

And
with government budgets being cut in every arena, there is urgency for
non-government agencies to act on behalf of the residents. Conscious
Alliance, a nonprofit that hosts food drives with offices in Boulder,
already began work to alleviate some of these issues on Pine Ridge,
which made its partnership with Buffalo Heart Project a natural fit.

Before partnering with BHP, Conscious Alliance had a similar program in place.

“We
are establishing a hunger relief network [on reservations] among young
people through the facilitation of service-based learning opportunities
and collegiate student groups,” says Justin Levy, director of service
learning at Conscious Alliance. “We work within the music industry to
gain support while hosting food drives at major music concerts and
festivals.”

And
the formula seems to be effective. From The String Cheese Incident to
Sound Tribe Sector 9, Conscious Alliance has grown to encompass more
than 35 bands that help bring awareness as well as provide attendees a
direct outlet to get involved.

Music as the great connector

If
the Buffalo Heart Project and Conscious Alliance are the bread of this
service sandwich, then it could be said that Elephant Revival is the
grilled tempeh in the middle. The Nederland–based quintet will be
headlining the Feb. 5 event. Werner originally approached Elephant
Revival last fall, expressing interest in putting on a benefit show to
raise funds for BHP, and the activist-musicians were happy to oblige.
As Elephant Revival gains momentum both locally and nationally, they
will continue to be the model that Conscious Alliance uses to promote
its events and causes.

“[Elephant
Revival] plays a unique blend of original songs in an emerging new
musical genre called transcendental folk,” says Dango Rose of both the
style and purpose of their chosen craft.

“[Our]
mission is to close the gap of separation between us through the
eternal revelry of song and dance. We are all participants in this
eternal dance, the creation of this sacred song, creators of the world
in which we live.”

The
evening’s festivities will open with the Plenty Wolf Singers, a Native
American drum group whose members hail from Pine Ridge and Rosebud
reservations, followed by the emcee (as well as singer/songwriter) of
the evening, Jim Page. With varied acts throughout the night, as well
as a silent auction and information on how to get involved, it promises
to be as interactive as it will be supportive of Pine Ridge’s
residents, as well as many other reservations in need.

Levy adds that Pine Ridge is a special place for the staff at Conscious Alliance.

“Although
the Pine Ridge community is struggling financially, they live their
life in such a compassionate, humble way by taking care of those around
them and giving from their hearts,” Levy says. “I believe we all have
something to learn from the Lakota people.”

For more information on the event as well as how to contribute, please visit www.thebuffaloheartproject.org and www.consciousalliance.org.