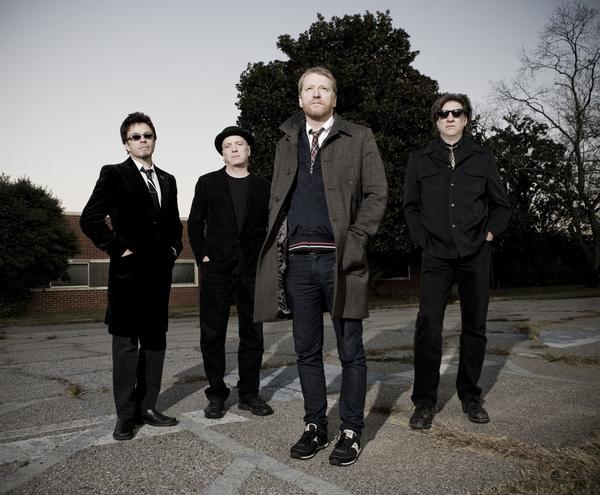 Guitarist Johnny Hickman says he wouldn’t be happy playing with a band that stuck to a similar sound from song to song and album to album.

Fortunately, Hickman is in Cracker, a band that after nearly 19 years together has established itself as being difficult to categorize.

“I don’t think I’d be very happy in a band that played a specific sub-genre,” Hickman says. “I don’t think David (frontman David Lowery) would be either. We’ve sort of established our career that way, doing whatever we want to do. And especially the fans that have been with us for awhile know that we’re going to do this, and anybody who comes to the party in the last few records finds out pretty quick that we’re not an easily definable band, and I take a lot of pride in that.”

The fact that Cracker is far from a one-trick musical pony is apparent just in listening to the group’s past couple of records. The 2006 CD, Greenland, was an eclectic and rather epic album, with music that ranged from the textured pop of “Where Have Those Days Gone” to the sweet country rock of “Something You Ain’t Got” to the moody ambience of the ballad “Sidi Fini” to the punchy rock of “Everybody Gets One For Free.”

By contrast, Sunrise in the Land of Milk and Honey, released this past summer, is a direct, rocking album that at times pulls from the punk rock roots Hickman and Lowery share. That side of the band is especially evident on “Hand Me My Inhaler,” a minute-and-a-half blast of catchy fast-paced guitar rock, and “Time Machine,” another hopped-up dose of guitar rock.

There are a few tunes that display a more relaxed sound, such as the mid-tempo track “Darling One” and the country-ish “Friends.” But most of Milk and Honey rocks, with “Show Me How This Thing Works,” “Yalla Yalla” and “Hey Brett (You Know What Time It Is)” being among the other highlights of the album.

It’s not the first time Cracker — which was formed in 1991 by long-time friends Lowery and Hickman after Lowery’s previous band, Camper Van Beethoven, had broken up — has favored direct rocking music on a CD. The band’s 1992 self-titled debut (which featured the hit song “Teen Angst”) and the 1998 album Gentleman’s Blues had much of that personality. But as with Greenland, the group has also made albums that were more textured and studio crafted, such as 1996’s The Golden Age and 2001’s Forever.

Fans that come to see Cracker (which also includes bassist Sal Maida and drummer Frank Funaro) on New Year’s Eve at the Soiled Dove in Denver can expect to hear a healthy number of the new songs, Hickman said.

“We’ll be playing quite a few selections from the latest album, Sunrise in the Land of Milk and Honey,” he says. “But we try to represent our whole career when we play live. We try to play something from each album if we can, and we vary those. There are a handful of songs that we’ll always play, of course. Those are the radio songs. You know, Dave and I never forget that it might be somebody’s first Cracker show, and they might only know a few of the radio songs. If that’s the case, we want to give them what they
want. We don’t understand bands that won’t play their radio songs. I
think that’s kind of self-indulgent.”

Hickman
is always pleased when Cracker books a show in the Denver area,
especially since he moved from the Los Angeles area to the
Loveland/Fort Collins area about four years ago. He said he always had
a feeling he might call Colorado home some day.

“We
(Cracker) have been coming here on tour for all of our career,” Hickman
said. “Colorado has always been a great area for Cracker. But over the
years, I would come through here and in the back of my mind think,
that’s where I’ll retire some day. And then my now-wife, I met her
about 10 years ago, and she’s from here. That sort of clinched the
deal. She came out and lived with me in California for a few years,
with the idea that we would eventually move this way once my older son
was out of high school in California there. Then we moved here.”

For
Hickman, Colorado offers a perfect combination of natural beauty and
small-town life, with close access to the benefits of a large
metropolitan area.

“Colorado
suits me very, very well,” he said. “It’s a nice place to come home to.
I don’t do well living in big cities. I’ve never liked it. As nomadic
and as hectic a life as I’ve lived for decades, several decades now, I
like to come home to someplace a little more peaceful and quiet,
although I like to have the cities really nearby. I’m kind of nestled
in an area where I’m close to Fort Collins and a state college, and I’m
also not too far from Boulder or Denver. So I’ve got a nice little nook
here, and it’s a peaceful little area.”