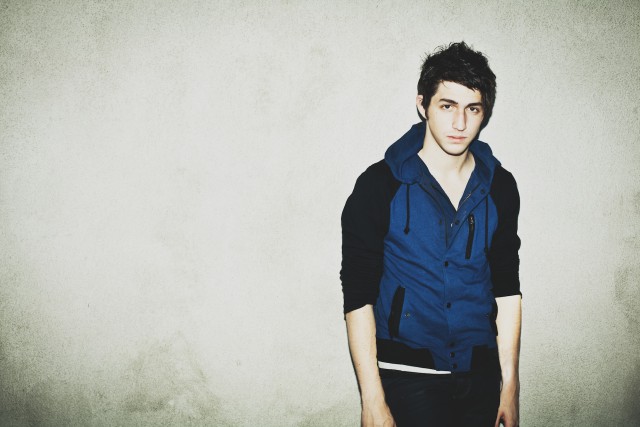 Porter Robinson almost forgets to pick up his phone as he wakes up groggy from a nap after a long night of DJing.

Robinson, 19, rose to prominence in the electronic dance music (EDM) scene after landing the No. 1 spot on Beatport’s Electro House chart with his first single, “Say My Name.”

Now, Robinson is playing his first major tour after being signed to fellow EDM pioneer Skrillex’s label. On this tour, Robinson brings an elaborate light rig and syncs his songs to video while performing, and he says crowds are going wild.

“People have been going pretty crazy, and it’s a good, kind of different version of my show. The crowds have been fantastic and the feedback has been really good, and it’s been a fun thing for me to do, as opposed to just playing nightclubs or festivals. We just blast people with lights and really structure a show around maximizing the energy.”

When asked about “brostep,” a derogatory term often (and sometimes unfairly) flung at electronic music producers, Robinson gets prickly.

“I hate that word, frankly,” he says. “I definitely wouldn’t say ‘brostep’ is the term to describe my sets.”

Robinson has instead dubbed his style of music “complextro,” a shortening of “complex electro,” and has introduced other genres like trance and dubstep. Robinson says he coined the term back in the archaic social media days of Myspace.

“When I first made my Myspace like two years ago, I put the word ‘complextro’ under my tag line, under my name. I just wrote that as a funny little joke, totally meaningless, and then people started adopting that as a genre name.”

With his unique brand of electronic music at his fingertips, Robinson says he’s become more confident as a live performer.

“When I first started I didn’t really know what I was doing,” he says. “I had heard a few DJ sets on the Internet, but I hadn’t really gone to see a DJ myself, so I didn’t understand the flow and course of energy perfectly, but practice makes perfect. Since then I’ve done some 200-something gigs and I’ve figured out what it is that’s effective and what I’d wanna hear on the dance floor.”

Part of what Robinson enjoys hearing on the dance floor is electro that doesn’t take itself too seriously and focuses on giving the audience high-energy feelings without — despite what his genre suggests — being overly complex.

Still, that isn’t to say Robinson doesn’t work hard to create his wub-filled tracks. “My goal is just to make something that I would wanna hear and make a song that I think is interesting and independent of what else is happening in the scene,” he says. “Something I’ve loved for a long time is more emotive, sentimental music. And oftentimes I try to incorporate those elements and use those styles of chords. I would rather have some more reflective and heartfelt chords instead of using some progressions that are just sort of stale and don’t mean anything to anyone.”

As his Language Tour starts to wind down, Robinson says he’s thankful to get a couple weeks off before embarking on a shorter European tour, where he’ll be playing smaller venues in an attempt to get his name out to a wider audience.

“I’m not really well known [in Europe], so I’m going back over there to reestablish a presence. In case the dance music scene ever goes south in the Americas, then it’ll be useful to introduce myself to Europe. We’re gonna start out with small clubs and pack out as many little venues as we can.”

Despite his growing success, Robinson says he hasn’t forgotten about his roots. Hailing from Chapel Hill, N.C. — or “North Cackalacky,” as he lovingly refers to it — Robinson practiced making electro at an early age in a state largely devoid of an EDM scene at the time. But now, Robinson says he’s welcomed home with an outpouring of support.

“I played in Charlotte yesterday and it was pretty wild, the crowd was insane,” he reflects. “It was good; those people were extra enthusiastic.”