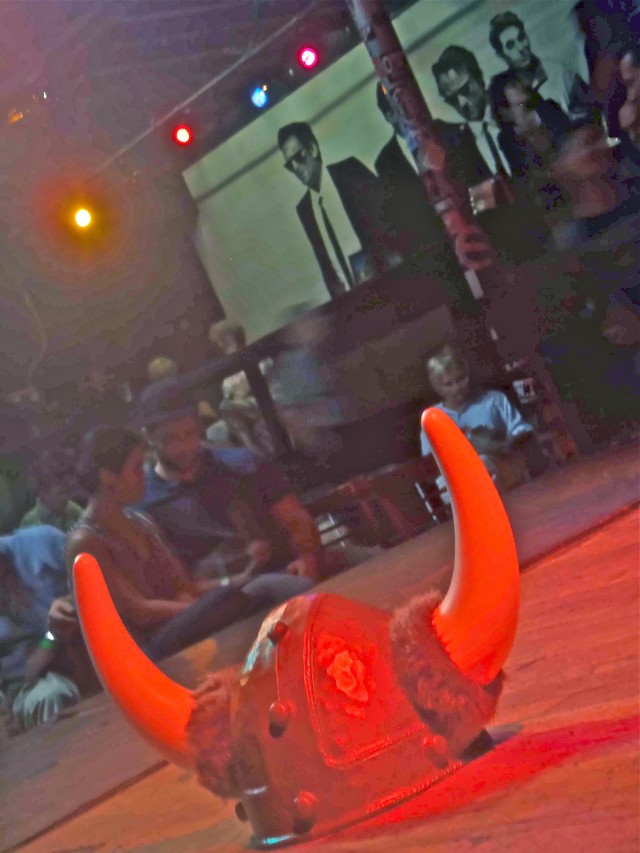 A dozen opera singers walk into a bar.

It may sound like the setup to the punch line of an old joke, but in this era of micro-brewed entertainment, any place can be a stage. For those who indulge in Opera on Tap, getting lit and getting enlightened go hand in hand.

Opera on Tap Colorado is a nonprofit organization that attempts to break down the staid, elitist stereotypes of the genre by taking it out of theaters and into local gathering places. Performing its Holiday Extravaganza at Shine on Dec. 11, Opera on Tap will bridge the audience divide while educating those unfamiliar with sounds that don’t come out of the jukebox.

“At first I didn’t know what I was getting myself into, the idea of doing opera in a dive bar,” says area singer Emily Stephenson. “It’s been a great opportunity not only for the singers, but for the audiences. They get to see and know opera in a little bit less intimidating of a setting.”

For a singer, belting out a new number in front of a lubricated bar crowd can be a bit more comfortable than in front of thousands of tuxes and gowns. Being able to sit and talk with other performers during the show or interacting with the audience afterwards can be more gratifying feedback than that from a coach or professor.

“The atmosphere lets people try things they might be a little bit shy in doing in an audition or in front of a teacher,” says Eve Orenstein, singer and spokesperson for Opera on Tap Colorado. “We want to let people know why it is we do these crazy things. While it may seem foreign or weird, to us the music is incredibly touching and beautiful and funny.”

“It’s very much a place where I can try new repertoire and get the kinks out of new things in a very safe environment,” says Gina Razón, professional singer and Opera on Tap participant. “Bringing it that close, you can really tell if you’re delivering authenticity.”

Unlike the silent masses filtering into a Convention Center production, Opera on Tap audiences wear their emotions on their sleeves. The effects of alcohol can also make patrons more confrontational than an anonymous blogger.

“Our audiences are usually pretty vocal, but for the performers it’s instantaneous feedback,” Stephenson says. “Because of the types of venues we’re in, you’re much closer to the audience. You can really see everybody’s faces and reactions while you’re singing. You try not to get too focused on that, but it’s nice as a performer to see someone in the audience smile and be able to get confidence from it.”

“This breaks down the walls between musician and audiences completely,” Orenstein says. “We always have people who come to the show because they were dragged there, but appreciate the voices after listening.”

Razón sees Opera on Tap Colorado as a way to develop community while spreading the outreach of opera into areas previously untouched by the culture.

“Opera is still very niche,” Razón says of a form that the majority of Americans have never heard. “There’s just a certain percentage of people who are not going to see this art unless they are sitting in a bar.”

Niche or not, love of music doesn’t necessarily stop once you perch atop a barstool. Opera in a pub is a long way from Garth Brooks and a billiards table, but it still needs to sound good in order for people to stay.

Since the goal is to help educate the masses and shatter stereotypes, singers speak with the audience and attempt to communicate the mood or setting of a particular piece of music. While large concert halls and opera houses can present challenges to singers negotiating their sound to an audience, intimate bar settings allow performers more flexibility. It doesn’t hurt to only charge $10 and let people drink if they choose.

“We certainly encourage our audience to have a drink or two, but I don’t think you necessarily need to,” Stephenson says. “It’s not a comedy club. There’s not a two-drink minimum.”

While billed as strictly opera, the holiday show does stray from traditional arias to include Christmas carols, oratorios like Handel’s Messiah, holiday-themed art songs and maybe even a few show tunes. Bottom line is there will be something for everyone. Musical accompaniment comes from a house piano and a hodgepodge of members of the Opera on Tap Drunkestra — minstrels paid only in beer.

“This is just performing music for the love of it,” Orenstein says. “It’s not only going to be holiday music, it’s going to be singers getting up and singing what they love.”

Regarding the need to grow the genre for new generations, Stephenson says liberties need to be taken with tradition. “We encourage people to be as aloof with the theme as possible. Classical music is something you should respect, but I can’t help but think that maybe we turn some people off in that way. Classical music was never meant to be stuffy.”

“I think that putting opera at a lower price point and putting it in a bar environment gets new people in the door, it lets them enjoy the music in an environment they may feel a little more comfortable in,” Stephenson says. “Because of some of the venues we perform in, we’re getting a lot of people in their 20s and 30s through the door, and they seem to be enjoying it.”

What’s not to enjoy? One of Boulder’s unique venues, food and drink aplenty, and a hearty group of singers putting their instruments on the line should be enough to entertain the most discerning patron of the arts.

“I think it’s going to be a pretty incredible performance,” Razón says.

And she says that since Shine is more gathering place than bar, “we are able to have a younger audience, so I would invite anyone who wants to come to take advantage of the event.”