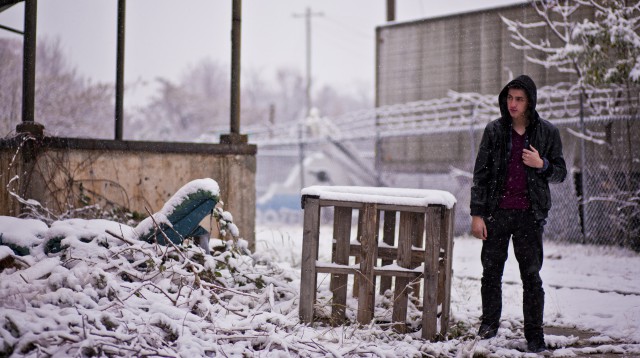 Equipment failures can bring all DJs to the same level. In the case of rising electro producer Porter Robinson, 18, a decade of experience could not have fixed his busted sound card during his first Colorado performance at Snow Ball Music Festival in Vail. That was “spooky,” but Robinson also points out that a more recent lock-up at the Soundwave Festival was a technological failure that demanded a higher caliber of performance.

Moisture from the venue, an Arizona water park, caused one of his digital turntables to lock up.

“I was a nervous wreck up there, trying to learn how to DJ in a completely new way in front of 3,000 people,” he says of his valuable lesson in improvisation.

Still in his senior year of high school, Robinson has proven he’s no amateur. Six years of production experience began with a “nerdy little 12-year-old, chillin’ in my bedroom with nothing to do,” Robinson says.

Once he found electronic music, he listened to it exclusively until the sounds of “legends” such as Wolfgang Gartner, Noisia and Dirtyloud became a reality on his own laptop.

What he latched onto has become the most recognizable production technique driving today’s electronic music:

identifying the strengths of different electronic genres and their characteristic phrasing, then speaking a macrolanguage through a mesh of sounds.

Like conducting for a punchy electro orchestra, each “instrument” gets a moment of focus before leaping to another, uniting them all in a compelling way.

YouTube generation musicologists have dubbed this sound “complextro” (a mash-up of “complex” and “electro”), but it’s remarkably similar to Cubist ideas of objects analyzed in pieces and abstractly re-assembled in a broad context.

“I talk a lot about having disparate elements, lots of cuts and chops,” Robinson says. “But the glue that holds these things together, I think, is creating a lot of different elements out of like elements.”

The greater goal is a cultivation of high-energy dance music.

“It’s all about that drop, it’s all about bangers,” Robinson says, noting the potential of taking a familiar jump-up energy into new tempos and modes of expression.

“I think part of the point now is that we’re all attempting to distinguish ourselves and not run together, and we’re finding that you don’t have to stick to conventional electro speeds or dubstep speeds to make a banger track. What we’re experiencing now, I think, is a lower regard for genre and a lower regard for tempo and more about expressing an attitude.”

For being a teenage overnight success, Robinson is disarmingly self-deprecating. He frankly relates the story of how it all happened: His first single, “Say My Name,” held the top spot on Beatport’s Electro-House before Robinson had ever seen a live DJ. His father chaperoned for a trip to California, where the two would attend both Robinsons’ first experience seeing a DJ.

“My dad, he was like, ‘I want to get a sense of what exactly you’re getting into.’ So he’s with me in this club. He’s like 58, and kinda standing out,” Robinson says as he starts to laugh. “I’m nervous as hell just being in a club, I’ve never been to one before. I’m like, am I gonna have to dance with people? What am I doing here?” He reports that his performance the next day was “a crazy risk, but it worked out.” Robinson has since moved to sold-out performances across North America and a spot at major festivals alongside the big players in electronic music, yet he continues to attend school at home. Robinson said he can be lectured on human history one day and open for Tiesto the next.

“It’s very strange and it’s kind of hard to reconcile intellectually. It’s hard to care much about school, but it’s important to me.”

That leaves Robinson straddling a strange social existence. On one hand, he’s a high-school student with international popularity. On the other, he is a young player in an aggressive field of heavy partiers and big egos. Nowadays, Skrillex may be a bigger bully than anyone at his North Carolina high school.

It’s happened that some headliners have scoffed while watching Robinson mixing it up in the big leagues, he says, “but at the end of the day I’m just kind of doing me, y’know, playing music that I love and doing it in a sensible format. If people want to treat me differently for my age, eh, I guess that’s a temporary thing.”