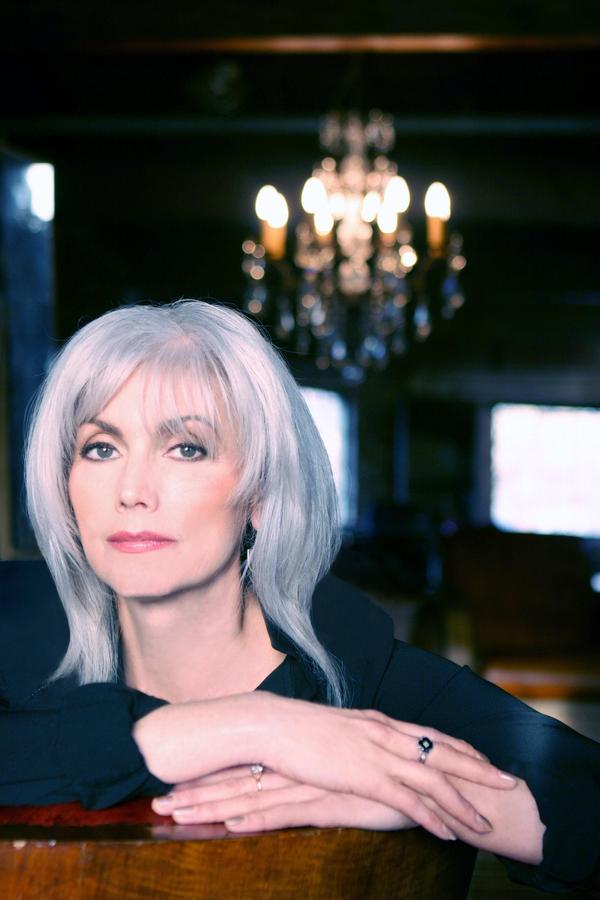 When singer-songwriter Emmylou Harris plays Macky Auditorium
on Nov. 20, it will be a bit of a homecoming.

Turns out that when you ask Harris about her memories of
Boulder, she laughs and describes how she got off to a rocky start in the
Rockies almost 40 years ago.

At the beginning of Harris’ first tour in the early 1970s —
with her mentor, the late Gram Parsons — their band was booked to play two or
three nights at a club in Boulder.

The problem was, they had not worked up a single song in its
entirety; they just had pieces of songs.

“We had actually not rehearsed,” she tells Boulder Weekly.
“After the first night, we got fired. We were really bad.”

After that gig, she says, the drummer was named bandleader,
they started rehearsing, and by the time they got to their next stop on the
tour, Austin, Texas, they had improved to the point that audiences demanded
encores.

Harris says Boulder is a place that she associates with
Parsons, the former member of The Byrds and the Flying Burrito Brothers who
died of a drug overdose in 1973, at the age of 26. Shortly after Parsons’
death, Harris penned one of her most recognized oldies, “Boulder to
Birmingham,” which deals with the pain of losing him.

She says she didn’t play that song live for many years, but
it has been revived and might show up on the set list when she hits the Macky
stage with her Red Dirt Boys and special guest Buddy Miller.

Harris, whose career seems to be as well known for her
collaborations with other musicians — ranging from the hit 1987 album Trio with
Dolly Parton and Linda Ronstadt to the stellar All the Roadrunning with Mark Knopfler
in 2006 — as it is for her solo work, says that these days she is performing
everything from material on her newest album, the 2008 release All I
Intended to Be, to songs that she did with
Parsons.

On All I Intended to Be,
she continues bringing in guest musicians and covering tunes from her favorite
artists. Miller, Parton, the McGarrigle sisters and Vince Gill all appear
on the record, and the covers include Tracy Chapman’s “All That You Have is
Your Soul” and “Kern River” by Merle Haggard.

But Harris adds that she had to put all of her musical
collaborations on hold last summer just to devote three months solely to
songwriting. Fans shouldn’t start holding their breath yet: She’s not ready to
return to the studio — she still needs more songs. And for her, songwriting now
requires setting aside a dedicated period of time, without trying to
simultaneously juggle all of the side projects.

“Steve Earle can write an album and a play and a novel, all
while he’s touring on his last record,” she says. “I can’t do that.”

As for her songwriting process, Harris says she usually
writes the lyrics first, and works with open tunings, which “makes me seem like
a better guitar player than I really am.”

Over the years, she has demonstrated a knack for finding
jewels in other artists’ songbooks and reworking them in her own style. She
mentions Rodney Crowell and Townes Van Zandt as examples of artists that she
stumbled across who turned out to be real gems, providing her with great
material to cover.

“It’s nice when you discover that hidden treasure,” Harris
says.

One of the songs on All I Intended to Be, “Sailing Round the Room,” was inspired by the
events surrounding the 2005 death of Terri Schiavo. Harris calls the tug-of-war
over Schiavo’s life, played out by the media, the politicians and the courts,
tragic and intrusive.

“I was really proud of the American public,” Harris says.
“They drew a line in the sand and said, ‘Get out of our bedroom; get out of our
deathbed.’”

Her latest album finds Harris collaborating with her
ex-husband, Brian Ahern, who plays on the record and produced it. “He knows my
voice and knows how to get the most out of me,” she says. “He really pulled
that record out of me. I was feeling tired and not really inspired.”

While Boulder was the place where she cut her performance
teeth with Parsons, Harris says her fondness for Colorado goes beyond the
People’s Republic. She mentions Red Rocks, of course, but also a particular rehearsal
in Denver for her 1995 Daniel Lanois-produced album Wrecking Ball. That rehearsal turned into the first public gig
performed by Spyboy, a powerful trio that acted as her backing band and
recorded a live album of the same name with Harris in 1998.

Harris and the members of what became Spyboy — the
aforementioned Miller, Brady Blade and Daryl Johnson — were rehearsing in
Denver when someone suggested inviting the public to attend for free. “I
thought, ‘Why not?’” Harris recalls.

So they did, and Denver listeners got a chance to witness,
and relish, yet another instance of Harris weaving her musical tapestry with
others.

“Getting together with friends, making music, that’s how it
all started,” she says.