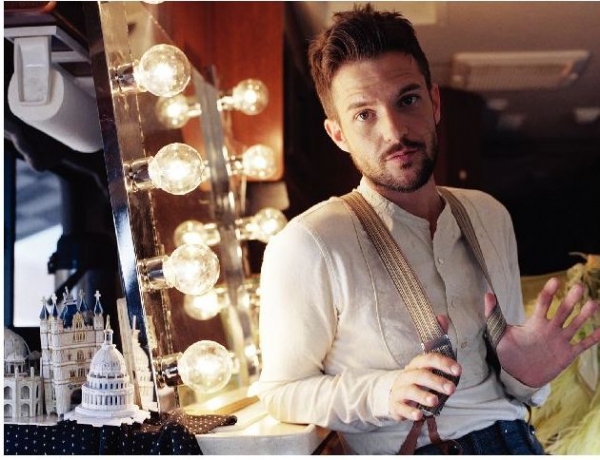 After six years of almost non-stop concert tours, with more than 15 million CDs sold, Las Vegas band The Killers decided they needed a break. Their hiatus, except for an upcoming Christmas single, has provided the opportunity for their charismatic lead singer, Brandon Flowers, to release his own solo album Flamingo, an exhilarating, melody-rich collection of material that easily rivals the best of his band’s well-loved music.

The 29-year-old Flowers has described his early musical influences as British groups like New Order, The Smiths, Pet Shop Boys, Depeche Mode and Oasis; in fact, it was a live Oasis concert Flowers attended as a youngster that convinced him to pursue a career in music.

He has stated, “I was pretty alienated as a kid. … It was really weird because other kids were buying Tool and Nirvana and I was buying The Cars and The Psychedelic Furs.”

His first band, a synth-pop outfit called Blush Response, left him behind in 2001 when he chose not to move to Los Angeles and leave his beloved Las Vegas, which he refers to as the jewel of the Mojave. After hooking up with guitarist Dave Keuning, and a succession of short-lived sidemen, a solid group finally came together in 2002 with the addition of bassist Mark Stoermer and drummer Ronnie Vannucci. They named themselves The Killers, after a legendary fictional bass drum. Their 2004 debut album, Hot Fuss, sold more than 5 million copies and earned the No. 1 position on many record sales charts internationally.

Flamingo easily reached the No. 1 spot in the U.K. shortly after its late summer 2010 release, selling a million copies and earning British gold. The album has placed as high as No. 8 on the U.S. charts and garnered a wide spectrum of public response ranging from high praise like “an absolute triumph” and “a doozy of a debut … [a] soul-stirring event that never goes soft” to lesser notice such as those who call it “a beautiful mess” or a selection of “lackluster … ’80s rock clichés.”

Garnering comparisons to artists as diverse as Bruce Springsteen, Brian Eno, Lou Reed, Joe Henry and even Devo, some critics have noted that this solo offering really bridges the gap left by The Killers’ current hiatus, which is expected to last until sometime in 2012.

Indeed, the 10 tracks on Flamingo (plus an additional five on the deluxe edition) were actually all composed for The Killers, and while some have suggested that these tunes may have been rejects, according to Flowers, that is not the case. These were all apparently slated for future recordings by the entire band, but the front man decided that rather than staying put for a couple of years with the rest of The Killers, he would go ahead and record these songs himself. In the opinion of this reviewer, it was a great decision that will no doubt help promote and maintain Flowers as one of the premier artists in contemporary rock, even beyond his well-deserved recognition as the voice of The Killers.

Working with three different producers, Flowers laid down most of the tracks at Las Vegas’ Battle Born Studios, just a stone’s throw from the strip, where Elton John, Motley Crue, Aerosmith and Third Eye Blind, among others, have also recorded. In an industry blog interview, Flowers joked that not only was the studio a comfortable place to record, but “it’s a decent excuse for me to keep working, [and to be able to tell] my wife, that I’m just going down the street.”

Spin magazine named Brandon Flowers one of “The 15 Best Shows of the Summer” in 2010 for his solo show in Vegas. Spin also listed him as one of “The 25 Best Fall Tours” and “ Must-See Fall Tours” of 2010. Flowers appears with full back-up band, featuring special guests including Stuart Price, Andy Summers and Fran Healy.