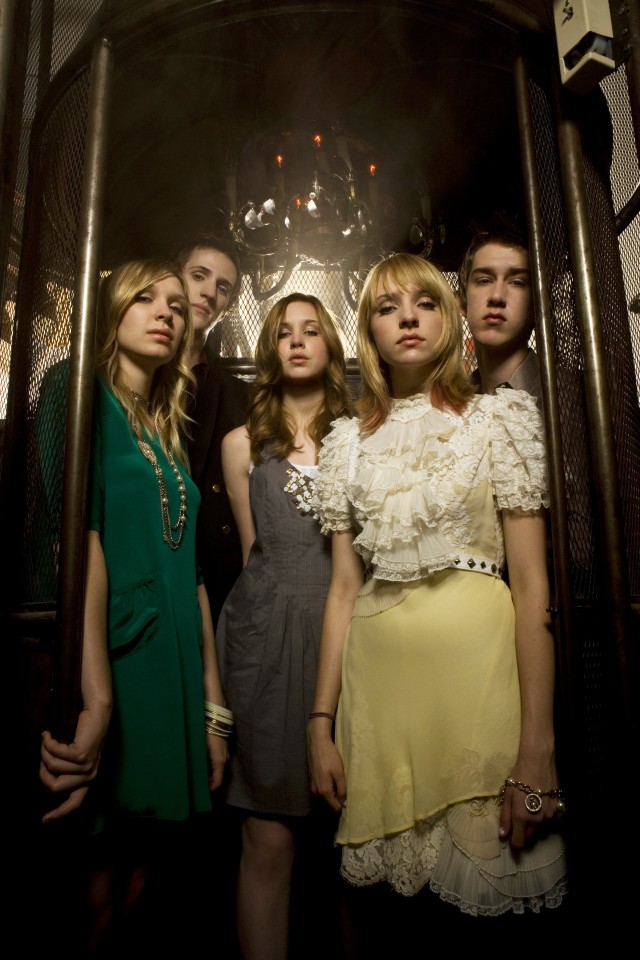 Stacy DuPree King — one of the five family members who make up the band Eisley (two of her sisters, one brother and one cousin round out the roster) — is apologetic when she answers the phone.

“I’m a bit under the weather today,” she says. “It’s all this touring and spending time on the bus and having to deal with all the recycled air, I think.”

She punctuates the sentence with a laugh, which is a good sign considering all the problems the band has endured recently. She says their upcoming full-length record (“We’re looking at releasing it in early spring, perhaps March”) focuses on these struggles.

“It’s definitely a new direction for us,” she says. “It has this almost righteous anger to it because of things that were happening in our lives. A few of us went through some troubling situations, personally, and on top of that we were having difficulties with our record label.”

The record label in question is Warner Bros., and to hear her tell it, ending this relationship was for the best.

“The first thing I thought (when they were released from their contract) was, ‘Wow, now we can make records the way we want without a guy in a suit sticking his hands in things,’” she says. “We had a few problems with them. Whenever we would make a record, they made us feel like that sad, strange kid who gets chastised for coloring outside the lines. They wanted something from us that we refused to give them, which was this across-the-board, bread-winning, successful album. There were all these expectations, and we just wanted to be artists and write great songs. We felt out of balance being on a huge record label. It was not the right kind of relationship for us at all.”

So instead of being worried about not having a major label to back them anymore, the band feels relieved.

“Yeah,” she says before laughing long and hard for a bit. “I think we’re all breathing this big, collective sigh of relief now that the whole thing is over.”

Plus, this and other experiences have taught them a few things.

“The new songs definitely paint a picture and they’re from real experiences and emotions we’ve had,” she says. “Our old records were just done for art’s sake, I guess. We were more interested in fantasy and love, and I think now that we’ve been through some more things in our lives, there’s this bravery to the lyrics that brings the fantasy into focus.”

Their current tour has been going well, which is a huge blessing to the band considering how infrequently they’ve been coming out with new material.

“It’s great to see all these fans still coming out to shows even when you haven’t released a new record in a while,” King says. “There’s a sense of gratefulness toward them for doing that. When you haven’t released a full-on record in three years or so, to have them still come out to the shows is a special thing for sure. It’s a really great feeling. It’s amazing. They’re the only reason we can do it. If no one came, we’d easily just hang it up and make music in our bedrooms, but the fact that we can just pack up and tour the country is really encouraging.”

That passion for music is something that drives the band, so it is no surprise that King encourages others to pursue music if they have that same passion.

“I feel like music, for me, is survival, it’s just how I create as a human,” she says. “It’s like I’m infected or something. It’s how I express myself completely, entirely. It’s something I could never just drop.”

So in a way she almost has to make music, right? “Yeah,” she says with a chuckle. “When people come up to me and say, ‘I really want to start a band,’ the first thing I tell them is don’t do it unless you have to because it’s hell unless you really love it. Unless it’s the only way you can really express yourself, I don’t know if you should be doing it because it asks a lot of you all the time. It’s like a relationship. Music is my muse. It feels good to me, like it’s part of what makes me healthy.”

Despite the righteous anger of the next record, however, King is quick to point out that a sense of balance and self-awareness are helping prevent the band from morphing into an emo band or changing their name to Satan’s Angry Crusaders.

“I feel like this new record really does take a journey of love and freedom and even fantasy a bit, but I think it strikes a good balance too,” she says. “It’s not like we’re rock ’n’ roll, hard-edged crack-heads. We’re still grounded.”