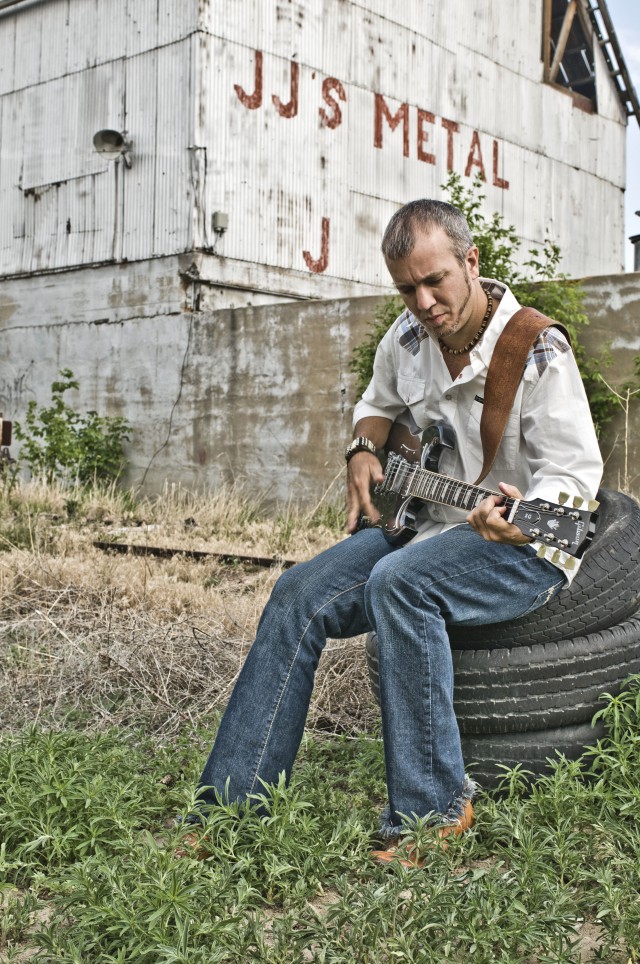 Orange Blossoms, the new album from JJ Grey & Mofro, has a more relaxed and soulful feel than its predecessor, 2005’s Country Ghetto, which displayed a decidedly grittier edge.

But don’t look to Grey for a whole lot of insight on why Orange Blossoms took on this personality, or for any predictions about whether this is a sign of a stylistic trend for the talented songwriter.

“I think it’s down to chance, honestly,” he said in a recent phone interview. “For whatever reason Orange Blossoms is not quite as angsty as Country Ghetto.”

And at this point, Grey thinks his next project could go in either direction musically.

“I’ve got the makings for two different-sounding records, just listening to the material,” he says. “So I could even do a record now, the next record after Orange Blossoms, and make it pretty aggressive and in your face, even more so than Country Ghetto. Or it could be another way. We’ll just have to wait and see how that goes. But the idea of what I mean by all that is you never know how the record is going to go until you hear enough songs, and you say this grouping of songs matches together, and I’m going to make this a record, and put this name on it because it typifies what’s going on.”

That was certainly the approach Grey took on Orange Blossoms.

It wasn’t until after the fact, as Grey was doing paperwork for the writing credits, that he realized just how deeply he had dipped into his pool of material in choosing the songs for the album.

“[I was] asked for the original copyright date, in other words, when you wrote it and recorded. I was pretty stunned at some of the dates,” Grey says. “Like one of the songs, ‘What You’re Looking For,’ or ‘WYLF,’ I kind of named that like radio call letters for the hell of it. But I wrote that song in 1998. So it’s 10 years old. And then, let me think, ‘Orange Blossoms,’ I wrote that two years ago; like at the end of the ‘Country Ghetto’ sessions. ‘The Devil You Know’ was probably 2005 when I wrote that. So I was like, wow, a lot of these songs were written awhile back. ‘On Fire,’ I wrote that three or four years ago. Probably the only song written in 2008 was ‘I Believe (In Everything),’ the last song on the record.”

Grey made wise choices for the songs on Orange Blossoms. It’s a cohesive work, as the album moves easily between the punchy and soulful title song and the gritty “The Devil You Know” and smoother, more laid-back tracks such as the string-accented ballad “She Don’t Know” and lovely mid-tempo tune “The Truth.”

Because Grey is constantly writing songs without regard to a particular album project, it’s only natural that he doesn’t predetermine the direction of his albums. For him, a key to being a good songwriter is to get out of the way of the song and let it become what it wants to be.

“I try not to think about [the direction of albums], and when you do that, if you get out of your own way, the next record happens on its own, so to speak,” he says. “If you get lucky enough to surround yourself with players like the guys that I played with, you know when you hit the studio, they can do it. They can get it done. They can make your dreams come true.”

While the playing on Orange Blossoms is tasty, the secret is in the songs themselves. And Grey has been steadily improving as a songwriter as he has amassed his catalog of songs.

The band’s popularity continued to grow after the release of the second project, Lochloosa, in 2004, but it was with the highly acclaimed Country Ghetto, his first album after moving to Alligator Records, that Grey really came into his own as a songwriter. Orange Blossoms is nearly as good.

Grey’s current live sets are as uncalculated as his approach to his albums. He noted that only recently did he realize how much his set lists pulled from all of the Mofro albums.

“I’ve never really made it a point to do it on purpose,” he says. “One day I kind of looked down at the set list. … To make a long story short, I just looked right down and realized there’s always a mixture. There are songs off of every one of the records in the show, usually. It just kind of works out that way. I’ve never really thought about it.”