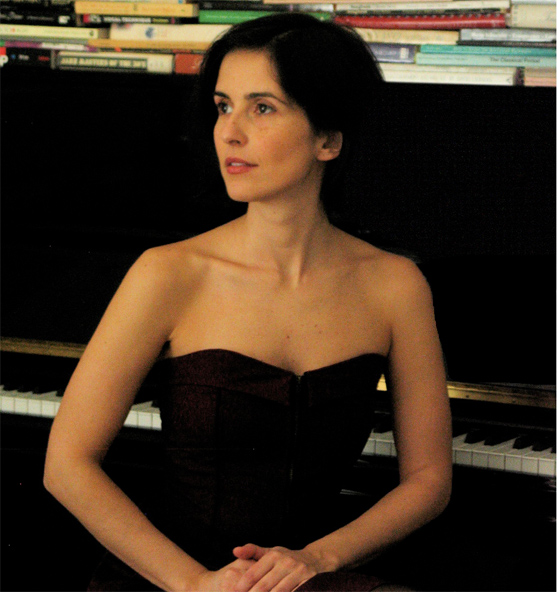 During the 2000 election, the second Carmen Sandim saw a waving field of grain or a Rockwellian downtown tableau flash across the screen, she knew what was coming next.

“Al Gore, father of four, fighting for you,” the composer and pianist intones, approximating the booming voiceovers of Gore’s campaign ads.

The Brazilian native’s intimate association with Gore’s messaging was bred not from a penchant for television nor a political activist streak — she was simply doing her job as a working composer. Sandim wrote bite-sized compositions to accompany footage of America’s heartland, toiling sometimes well past quitting time to churn out stirring, patriotic swells of music.

“You end up learning a lot about the psychology of music,” she says, adding that this 9-to-5 office job, her first real gig after college, was the best way for to practice composition in real time.

To do her job well, she had to know exactly what chords and arrangements were needed to quickly evoke a given sentiment.

“Nowadays, I feel that when I write my music — the impact of something I want to write, it’s more clear to me how to go about getting that impact,” she says.

Emotion is at the center of Brand New, Sandim’s new sextet recording of original tunes that traffics in Brazilian rhythms and layered, complex modern jazz. The group seems most at home with medium- to uptempo numbers, such as the opener, “Sampa,” which has a floating, mysterious melody over a piano vamp.

But ballad or burner, rhythmic propulsion is always at the forefront of her music.

Sandim, who usually performs in a small-group setting, gathered some of the best local musicians together at Dazzle Restaurant and Lounge in Denver for the live recording. A CD release performance with that same group is planned for April 1 at The Laughing Goat Coffeehouse in Boulder.

The pianist has traveled a long road to get to this point. After starting lessons in Brazil at 7, she was exploring Brazilian jazz by 13.

Unfortunately, not many of her countrymen played swing or bebop, so Sandim had to pack up after high school and head to Boston and Berklee College of Music.

Moving to the United States, the birthplace of jazz, was the only way to push her career forward, she says. Taking the journey north and learning an entirely new musical culture — complete with different notation terminology — in a brand-new language was more difficult than she anticipated.

“I didn’t really understand any English, so I had to record the classes and go back home and listen like a thousand times and transcribe what the teacher was saying,” Sandim remembers. “That was more the overwhelming part of it at first. It was really hard to get into the music part of it for a while.”

Sandim found her first post-grad job in D.C., where along with the Gore spots, she wrote backing music for The Discovery Channel and McDonald’s. The experience writing all day every day helped her form a compositional voice, but she soon felt a yearning for performance.

A cross-country move and a few years later, she was in Boulder, master’s degree in hand, ready to perform and write as much as possible.

Gigging in Boulder and Denver was a different experience than playing in D.C. or Boston, but Sandim still found plenty of work; at one point, she was performing four nights a week in coffee shops, restaurants and the few jazz clubs in the area.

For the most part, she says, the Boulder-Denver jazz scene is small, but there are tiny pockets of activity. Venues for jazz seem to be the sticking point; Sandim says there are a number of surprisingly talented players making a living gigging in the region, but there aren’t really enough places to play.

“It’s definitely not a super-happening scene like New York or Boston in terms of how many different places you can go,” she says.

Performing has once again taken a backseat in her life. She now teaches classes at Naropa University and the Metropolitan State College of Denver, and this necessitated a slow-down in her nightly performance schedule. At the end of the semester, most of the teaching prep work and the struggle of learning how to relate to students will be behind her; she hopes this will allow her to perform a bit more in support of her new CD.

“I’m starting to become an OK teacher,” she says.

“So, hopefully, I’ll be able to dedicate more time to playing again.”

On the off chance her teaching career flounders, campaign season is only a year away.