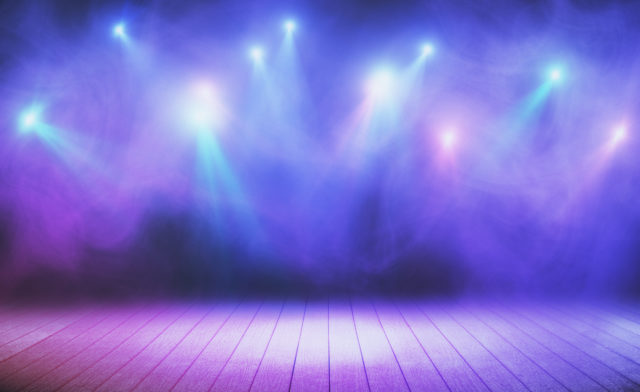 The lights, the sounds, the movements. The palpable energy radiating through a crowd. A deeply personal experience transcending the self, becoming a collective one, as we connect with the musicians on stage and they connect with us. There’s nothing quite like a live show.

In the midst of the current pandemic, however, tours have been outright canceled, others tentatively rescheduled, most indefinitely postponed. It’s hard to predict when we will be able to gather in our beloved venues, listening to our favorite bands, discovering new musicians. In the meantime, this week’s Heavy Rotation comes to you inspired by the concerts we were looking forward to along the Front Range this spring. Check out the Spotify playlist here.

Experimental violinist and indie singer-songwriter Kishi Bashi combines textured layering and intricate compositions to create airy pop songs that serve as a mechanism for healing, like this one that explores Japanese American internment during World War II.

Eilish may be young, but her indelible pop digs deep into the human experience, revealing its darkest corners and its most powerful connections, reminding us that in the end it’s all worth it.

Comprised of mostly instrumental tracks, the latest release from Midwesterner RJD2, ‘The Fun Ones,’ mixes elements of soul, funk, disco, hip-hop and more into a sprawling dissertation about the state of making music in the modern age. The producer pairs up with freestyler Aceyalone to create this retro, beat-infused, danceable track.

This Londoner’s emotive and angsty vocals capture the bittersweet process of dissecting the past in hopes of gaining clarity about the here and now.

Dubbed the “queer masked crooner” by NPR, Peck’s rich, sultry baritone draws us in and holds us there. Like any good country singer, Peck ruminates about a hopeful future even as we linger in the current unknown.

“I Guess the Lord Must be in New York City” — Valley Queen, Larimer Lounge, Denver, postponed.

Led by Natalie Carol’s alluring vocals, the California country outfit Valley Queen gives voice to the restlessness that comes when dreams call us beyond our current situation in this Harry Nilsson cover.

This toe-tapping number harkens back to the golden age of country while employing Crockett’s roots in blues, swing and Americana, exploring the mythos that helped make his distant relative, Davy, a folk hero.

This lighthearted and fun track from local favorites reminds us of summer nights and simpler times, all set to the tune of the jammy bluegrass the group is known for.

Sweeping piano melodies introduce us to haunting memories of love, silence and ultimately loss, as Geographer’s other worldly synth pop/indie rock sound reminds us that desperate attempts to preserve the past are futile.

We’re all caught up in our own world sometimes, unaware of the going-ons around us: other people living, breathing, even dying. With their signature avant-garde pop, Stereolab knows how to make an entire party sway and smile, even when they’re singing about heartbreak.

“The Slow Descent Has Begun” — A Winged Victory for the Sullen, Boulder Theater, cancelled.

Mysterious and mystical, the ambient work of Dustin O’Halloran and Adam Wiltzie helps us communicate with the unknown as it seeks to calm the anxieties of our modern world, even if it can’t ignore our own downfall.