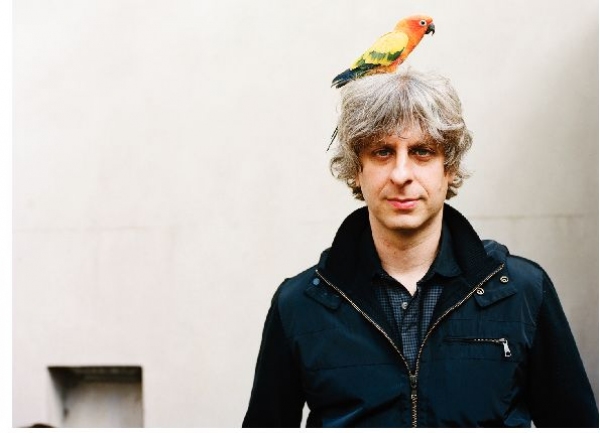 When we thanked Phish bassist Mike Gordon for taking a few minutes to chat us up last week on his day off, he corrects us.

“Heh. No days off this year,” Gordon chuckles.

Well, we suppose a real day off for Gordon wouldn’t include doing any interviews, but Phish had just wrapped up its early fall tour with a Halloween gig in Atlantic City, N.J., and it was a day or two before he headed back out for a stretch with his own band.

Gordon talks a little about stepping out of the exquisite chaos of a Phish tour and into his own gig.

“I knew it would be difficult this time.

Usually it takes at least a week for me to get to feeling human again after a tour,” he says. “It doesn’t even have to be a grueling tour. … You just get revved up from playing and staying up late and traveling and the intensity that the music requires. But on top of that, I had my album come out and all these side projects having to do with the album — creative projects, videos, bonus tracks — and then, Phish had a Halloween album, which was a double album, so that took a lot of practice, and getting ready for this tour at the same time. And, having family time, like my daughter just turned 2 years old.

“So, I was just so busy, I knew this was going to be a difficult week. A day or two ago, I was just pulling my hair out.”

While still bearing the trademark quirkiness and dual-suspension bottom-end bounce that has characterized his mainline oeuvre since his earliest days in Phish, Gordon’s new CD Moss comes across a bit more like a bassist’s album than The Green Sparrow, his 2008 solo effort. Recorded during Phish’s hiatus and after a year of relative creative downtime for Gordon, Sparrow tended to slide more toward an organic, band-collective vibe. Moss, on the other hand, was a project that cobbled together bits and pieces of ideas extending back years, including extra material from the Sparrow sessions and bass-drum jams since. It’s looser in some respects but surprisingly detailed. Gordon recorded it in a short month he managed to steal from Phish’s busy post-reunion schedule.

We told Gordon we really liked “Get Away,” with its drowsy horn-section accents and almost late-period Steely Dan vibe, a kind of last-call lament for the guy at the end of the bar, with Gordon’s bass dropping into broad harmonic bottoms here, standing up and tiptoeing across the lachrymose chill there. And there’s “The Void,” a sort of mid-tempo narcoleptic flight of fancy that dissolves into rich vocal harmonics set off against glistening dissonances before submerging into a grey-noise sonic murk, bobbing to the surface again with a kind of toy-piano coda, all of it born (logically in Gordon’s vaguely Fellini-esque musical world, maybe unexpectedly for the rest of us) from a series of cyclic and semi-technical bass runs.

Seriously. What the hell is he doing in there? “I’m not sure I know myself,” Gordon laughs.

“That one was really based on the bass. It just came from improvising and finding, in an organic way, the sorts of melodies and patterns I want to be playing, and having the song cater to that. And, soon after I had figured that out and had sculpted it into a song, I started working on the guitar and keyboard part, pretty much one bar at a time. For half an hour, I’d sit there and work on one measure on guitar, making sure, the whole way, that nothing got in the way of what I liked about the bass part.

“Which is not the way that songs are usually written. You know, usually the bass is the supportive thing, and it kind of doesn’t matter if you can hear it or not. But in this case, I really wanted for the bass to remain … . Actually, the Beatles did a good job with this kind of thing. Sometimes when they had only a few tracks to work with, they would record the bass last. And that would allow it to be a little more prominent, so it didn’t get buried by all the other stuff.”

When we talked with Gordon a couple years ago, he went more or less out of his way to tell us that he didn’t regard himself as a particularly strict bandleader type. Managing arrangements, tweaking his other players’ parts, all that. Maybe that was a luxury he was enjoying at the time, with Phish on indefinite (and for all anyone knew at the time, permanent) hiatus, but time has become a precious commodity for the bassist these days, and he readily conceded to growing more comfortable swiveling in the captain’s chair.

“That’s true,” Gordon says of that self-analysis from 2008, “but at the same time, I think I have leadership qualities that are now really getting to flourish. I guess they did a little bit with filmmaking.

“I think that even people who are a little bit laid back can find their mojo and step up to the plate — that’s a mixed metaphor there, sorry — and really go for it. I mean, I just got off a Phish tour, and it was great, but now we’re just getting ready to go out, and there’s so much to do, you gotta make some decisions quickly. I like having the aggressive part of my personality come out, too.”

It’s going to sound a little like Phish, of course.

You don’t shed 27 years of history just like that, and Gordon’s ambitious technique and off-center songwriting are central to Phish’s enduring allure. But Gordon is conscious of his personality outside the band as well.

“All along the way,” Gordon explains, “I’ve had my own influences and interests. We all have our own interests. I listen to a lot of … kinda of funky-yet-subtle music. Like, JJ Cale. Stuff that doesn’t beat you over the head, that has some subtext to it, something beneath the surface. But something that has a dancey, funky, rock quality to it.

“So, these are my interests, and so it makes sense that when I do get time to go into the studio, I can be the guy making all those decisions, and make things sound like that.”

Before we cut Gordon loose, we took a minute to toss a little gratitude for Phish’s bruising and true witness read of the early Genesis nugget “Watcher of the Skies,” a number they chipped loose from four-decade-old prog strata and performed for Genesis’ Rock Hall induction ceremony last spring, with all but Peter Gabriel of the original band in attendance.

Brought a smile to an old progger’s wrinkled chops. But for Gordon, the technician, it was a bit like speaking off an ancient rune.

“Oh yeah, cool,” Gordon says. “And I’m trying to remember, it switches from a six-beat pattern to a 10-beat pattern at the end, with all those little bass parts in there. And yeah, to have Mike Rutherford in the audience watching, added a little extra energy to it.”