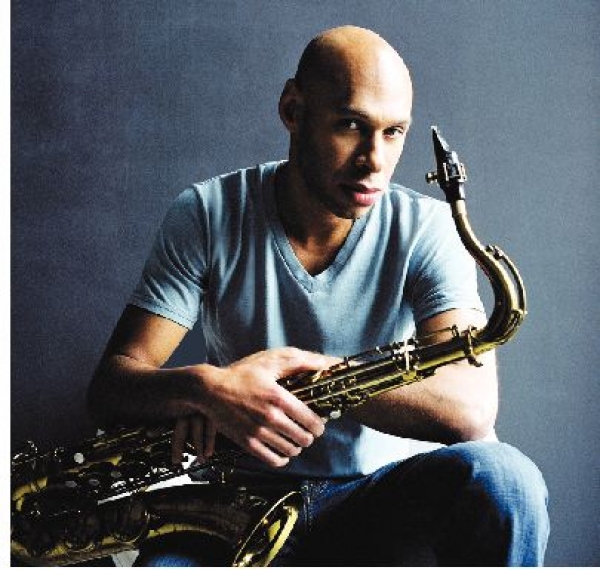 Joshua Redman is drawn to collaboration. For his entire career, the tenor saxophonist has surrounded himself with the best musicians in modern jazz, creating a true give-and-take on the bandstand and breaking out of the standard leader-accompanist mold. Redman, who is equally adept at soprano saxophone, takes great strides to develop true musical partnerships with his bandmates.

“I try to put together bands of musicians that are way better than I am. That’s how I learn, and that’s how I grow,” Redman says, chatting on the phone from his San Francisco Bay-area home. “Being a leader, at the end of the day, just means you write the checks; if the gig gets canceled, you still have to pay the cats.”

Redman brings his longtime collaborators, bassist Matt Penman and drummer Gregory Hutchinson, to the University of Colorado at Boulder’s Macky Auditorium Sunday, Jan. 23, at 7:30 p.m. Tickets start at $30. The group will be performing in a saxophone trio format, a small ensemble Redman has used with increasing frequency since 2004.

The piano-less tenor saxophone trio is embedded in the history of jazz. First introduced to a wide audience by Sonny Rollins on his 1957 recordings Way Out West and A Night at the Village Vanguard, the saxophone-bass-drums combination has been explored by some of the music’s most notable players. Younger saxophonists like J.D. Allen and Marcus Strickland have also released trio recordings in the last few years.

Redman’s first foray into the form came with 2007’s Back East, which he recorded with Penman and Hutchinson. The saxophonist expanded on the trio in 2009 by combining two small groups — two drummers, two bassists, one saxophone — on Compass.

Unlike artists who have viewed trio-playing as a passing accomplishment, Redman has stuck with the three-piece ensemble.

“[The trio] is something that a lot of saxophonists at some point in their musical lives gravitate to, and some might see it as a rite of passage for a tenor saxophonist. I never looked at it that way,” Redman says.

“I love the freedom of the saxophone trio. When things are going well, when everyone is focused and locked in, it can be one of the freest and the most spontaneous and most exhilarating formats for me to play in.”

The piano is usually seen as the anchor of any ensemble — a chordal instrument that grounds the rest of the group in a specific key and provides rhythmic encouragement during solos. Simply put, the piano usually keeps the band on track. With the trio, Redman plays double duty, paying acute attention to melody, harmony and the overall structure of each tune.

In trio mode, Redman’s band moves organically through each piece,
seamlessly blending the opening melody into the solo section. The
instruments work together to navigate the peaks and valleys in each tune. This fluidity derives from relationships Redman has developed during the past 20 years. While he usually performs as a trio with Penman and Hutchinson, he also plays with another bassist and drummer. The four artists know Redman as a musician as well as he knows them; the saxophonist won’t attempt trio performances with anyone else.

“I always want to play with the best musicians, but when you’re playing just saxophone, bass and drums, for me I really have to have the A-plus-plus-plus list cats,” he says. “There’s a very small handful of musicians with which I feel comfortable going into battle playing saxophone trio; if I can’t get one of those guys, I’ll generally try to put some sort of other band together.”

He’s been working in a duo format with pianist Brad Mehldau, and he joined the collaborative James Farm — which unites pianist Aaron Parks, Penman and drummer Eric Harland — in 2008. The group finished mastering a new album this month that is due out sometime in the spring. Redman also was the first leader of the eight-piece SFJAZZ Collective, a revolving cast of musicians that now features Mark Turner in the tenor spot.

Even surrounded by his trusted musical friends, who all know by now how to work in their roles, Redman pushes to keep things fresh. Searching for new material might lead to a live performance of Coldplay’s “Clocks” or a Led Zeppelin hit nestled into a set of original compositions and jazz standards. While some listeners point to this penchant for blending pop into jazz as a statement on the music’s future, for Redman, it’s simply one more way to keep things interesting on stage. After all, presenting engaging, exciting music is his main goal, whatever the format.