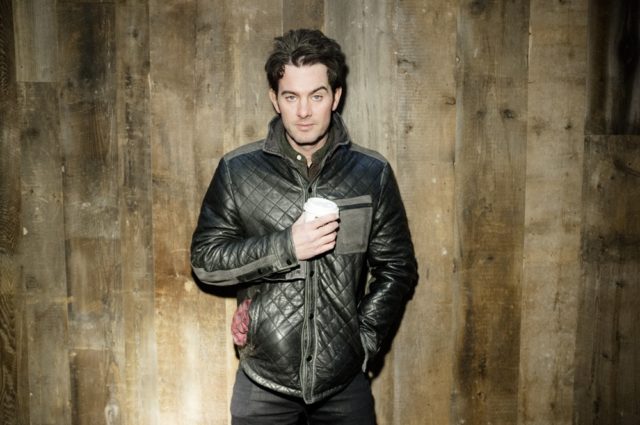 The 1994 self-titled debut album from G. Love & Special Sauce was unique enough that it earned the group’s music a label — hip-hop blues — that has stuck ever since. But Love hears his latest album, Love Saves The Day, and he has a different and simpler term to describe the new music — rock ‘n’ roll.

“We just keep pushing that sound, and now it’s become more rocking than ever,” Love says. “So I really do feel this is rock and roll. And it has elements of hip-hop, but it’s rock and roll.”

To Love, he has gone through a process over his past three albums that’s similar to how classic groups like Led Zeppelin, Cream and the Rolling Stones found their sounds. Those groups immersed themselves in Delta blues, drew on their influences from outside the blues genre and created their own unique styles of blues-based rock and roll.

Now G. Love has followed a similar arc, beginning with his 2011 album, Fixin’ to Die, on which he reconnected with his roots.

“I really think it was coming home to the blues,” Love says. “If you look back at the records before Fixin’ To Die, we were kind of in a little more poppy [place], not in a bad way, but a little more poppy, focusing more on hip-hop and kind of infectious, hook-driven songs. And we had some success doing that. And then it was like let’s flip it up. So I went back on Fixin’ to Die, and delved back into the blues of Bukka White, Lightin’ Hopkins and even to the rootsy Americana of Johnny Cash and Bob Dylan, kind of my roots as to who I was as a young folk-blues singer in high school. That really re-connected me to the blues.”

The next step in that journey was the 2014 album Sugar. This time, Love reunited with his Special Sauce bandmates, drummer Jeffrey “Houseman” Clemens and bassist Jim “Jimi Jazz” Prescott (who had last played together eight years earlier, before Love went on to work with different musicians). The trio plugged in and rocked out on songs that were similar in spirit to the debut album, only louder, faster and harder hitting.

“With Sugar, we stumbled upon like the obvious blueprint for what was the hip-hop blues, or what is the hip-hop blues, and that was with the song ‘Come Up Man,’” Love says. “That record was all based around one song, ‘Come Up Man.’ And the ‘Come Up Man’ [song] was basically a Cypress Hill-style beat, with Elmore James-style slide guitar on top of it. And then that was kind of like OK, that’s the sound.”

Love sees Love Saves The Day as a logical extension of the Sugar album, pushing the rock and blues sides of G. Love & Special Sauce even further to create the heaviest, hardest rocking — and quite possibly the best — of the 11 albums Love has made with (or outside of) Special Sauce.

Of course, Love (real name Garrett Dutton) was no stranger to the blues or any number of other musical styles by the time he made Fixin’ to Die. The Philadelphia native has been mixing and matching blues, hip-hop, rock and soul in varied combinations for 20 years now, building an audience large enough to consistently headline theaters and large clubs.

Love says he hadn’t planned to follow up Sugar so quickly with Love Saves The Day. But his label, Brushfire Records, was ready for a new album to be made early last year.

Despite having a short window to write and record the album, Love and Special Sauce not only made a strong album, they were able to recruit several guest musicians who added some extra spice to the proceedings. David Hidalgo of Los Lobos joins in on three songs, adding some searing guitar to the title track, “Dis Song” and “That Girl,” the raucous tunes that open the album. Ozomatli brings some urban soul and funk to the horn-spiced “Let’s Have A Good Time.” The group’s horn players, Asdru Sierra (trumpet) and Ulysses Baya (sax), also join Citizen Cope on “Muse,” a folkier tune that still rocks nicely. Lucinda Williams, meanwhile, duets with G. Love on rockabilly-tinged “New York City.”

Love is proud enough of Love Saves The Day that he and Special Sauce have been playing a good number of songs from the album on tour, while also covering quite a few songs from across Love’s album catalog, with a setlist built largely around requests received online from fans.

“We’re excited about the new record, and we want to get people hooked on it,” he says. “We feel like we know that we really made something pretty great, and we feel like it’s a huge step for us. I think it’s the kind of thing like hey, let’s go out there and really show where we’re at and what we’re doing right now. And then, yeah, obviously the fans come first and we want to play the songs they want to hear as well.”