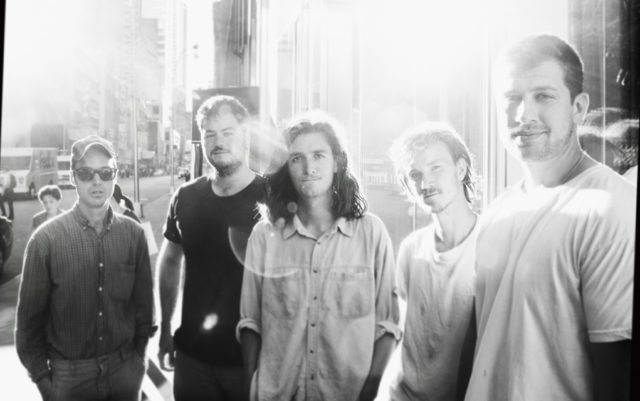 There is a tendency to want to compare The Felice Brothers to the past — to say they sound like The Band, Bob Dylan or Neil Young, to describe their lyrics as a resurgence of the politically charged music of the ’60s or to compare their rowdy audience to civic unrest of times passed.

The temptation is understandable. There is something uncanny about both their timing and their music, something oddly familiar and yet totally new. Maybe it’s human nature to want to step out of our moment to analyze, compare, contrast and give our two cents, as if to memorialize the drama and so to temper it.

And sure, analysis might be the thing to do, the activity that connects us to one another through a massive web of social expectation, but over all the chatter you can almost hear the defiant howl of The Felice Brothers as they slap their thighs, knock on their guitars and break down into a barn-style song, wildly singing “Sally!” into a dancing crowd.

They know better than to take this all so seriously.

In a world that tempts us to compare, define and declare, The Felice Brothers are here to let us in on the great cosmic joke. They wag their fingers in tempo with young Americans disillusioned with the status quo as if to say, “You can spend a lifetime trying to become somebody or something, but that’s got nothing to do with a life well lived.”

It isn’t that The Felice Brothers look, sound or play music like other folk greats, but more importantly that they carry-on in the same spirit of folk music and, like the best artists do, express it with every note they play.

“The thing that resonates with us is the music itself,” says James Felice, piano and accordion player for the band. “The message of the music, the perspective of looking at the world with people as your equals. Folk music is music for the people, by the people. And that is what I love — being present with people.”

To hear them play live is to share in  artistry that simultaneously acknowledges the forces that constrain us while breaking through these chains that bind.

James remembers being 18, facing the world totally unprepared to make the choice between a job for “the man” or to keep “drinking and partying all the time and not really having any reason to live.”

He isn’t alone in that conundrum. As more and more 20- and 30-somethings in America refuse traditional 9-to-5 jobs in favor of finding something more meaningful, you have to wonder when it got so hard to figure out what to do with one’s life.

James isn’t sure what kind of choice he would have made, but luckily for him he didn’t have to. The three brothers — James, Ian and Simone (Simone is no longer with the band) — started making music instead.

“It just clicked,” James says. “So for 10 years, I have been doing something that I love to do, and I have never had to go through that moment in my life that I know so many people go through, wondering who I am, or what I want and I know that is a gift.”

But that doesn’t always mean it’s easy. As Patti Smith wrote in her book Just Kids, “I didn’t mind the misery of a vocation, but I dreaded not being called.” James couldn’t agree more.

It’s in these noble considerations, like exploring the difference between a job and a vocation, that The Felice Brothers pack their emotional punch, delivering songs that are both brutally honest and defiantly hopeful.

Their latest album, Life in the Dark, weaves together stories about being caught in “the system” and continuing the desperate but necessary pursuit of freedom.

“Diamond Bell,” perhaps the most folk-like song on the record, tells a tragic story as Ian sings in a trembling voice, “Well the sun has gone down in the West/The last beams have faded at the crest/Come morning I’ll be swinging in the sun/Like the pitiful prisoner I’ve become/I’ve become”

Nobility is typically regarded as a hereditary right upheld by aristocracies of long ago, but as the wealth gap widens, one’s place in capitalist America seems equally predetermined.

Just as The Felice Brothers invoke the spirit of folk, they also embody a new version of nobility — of the birthright to creative expression — a liberty defined by the context of constraints, but found in the process of living, of becoming.

He who looks in the crystal ball…