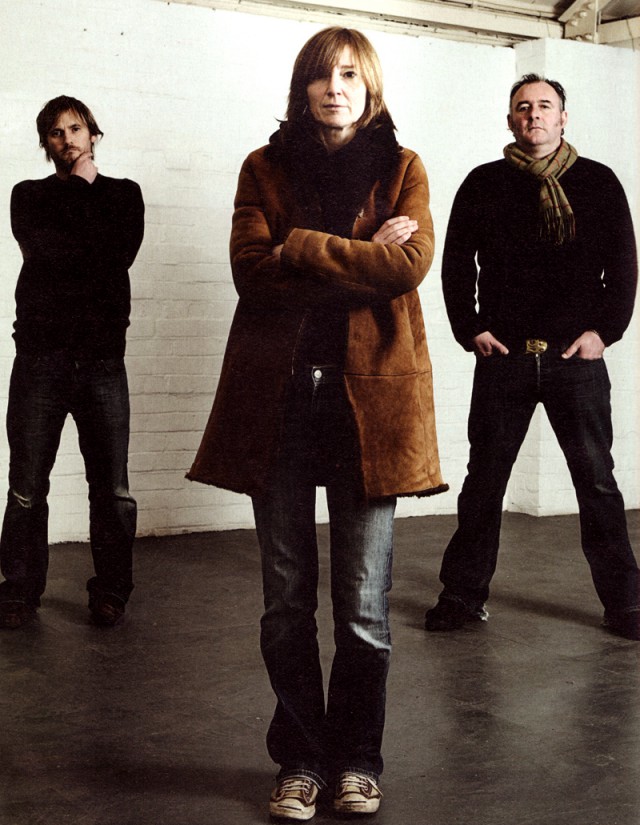 In 1994, Portishead dropped an album that would cement trip-hop as a legitimate genre of music and make stars out of Beth Gibbons, Geoff Barrow and Adrian Utley. Although the band detested the “trip-hop” label, their debut album Dummy defined the genre. Filled with dramatic, jazz-based melodies, chords and samples over mid-tempo, hip-hop-inspired breakbeats, along with Gibbons’ haunting vocals, Dummy inspired a plethora of bands in the mid-’90s, including Morcheeba, Sneaker Pimps and Cibo Matto. Tracks from the album were even sampled by hip-hop artists like Wu-Tang Clan, Timbaland and Canibus.

Dummy was certified Gold in the U.S. and won Britain’s top music award, the Mercury Music Prize, in 1995 as best album of the year. The album is often named as one of the best albums of the 1990s.

Portishead followed up Dummy with a self-titled album in 1997, which differed in sound from their debut —fewer samples, more exploration with drums and a variety of new vocal stylings from Gibbons. Although the album was a solid project from the band, debuting in the top 10 in the U.K. and named one of the best albums of that year, it didn’t get as much attention as their debut.

The band then took an 11-year hiatus. During their break each member had their side projects: Gibbons released an album, Out of Season, with former Talk Talk bassist Paul Webb. Barrow launched a record label called Invada Records and, along with Utley, produced The Coral’s 2005 album The Invisible Invasion, among other production projects.

In 2008, Portishead reconvened to create and release their third album, Third. As with their previous albums, Third went on to receive critical acclaim and was named one of the best albums of 2008. But when it came to touring the album, the band only did a European tour, with just one U.S. date, at the Coachella music festival. Three years later, they’re now traversing U.S. soil.

“We released our last record and we toured it for a little bit, but we couldn’t tour it completely because there were personal plans like babies and stuff like that,” Barrow says. “So we couldn’t do North America as much as we would have liked; we only played Coachella. Then we said, when it comes to the right time, we will come back and try to do it more intentionally. And it’s just been the right time to do it.”

This year the band was chosen as the curator of two All Tomorrow’s Parties (ATP) events, a festival where organizers ask a band to not only headline the event but also pick the bands who will be a part of it. Portishead headlined a London and New York show where they chose everything from hip-hop acts like Company Flow and Public Enemy to indie bands like Deerhoof to punk bands like Swans. Barrow says the events were a catalyst for promoters to take interest in bringing a tour to the states.

“That put us in a position to kind of to be out there again,” Barrow says. “When we announced that we would be doing the ATP, loads of interest came from Europe about doing festivals, so we took them up because we haven’t played the festivals in like, 11 years, and then that gave the chance to come here … and Australia and New Zealand as well. So that’s what we’re doing now.”

Even though Portishead hadn’t toured in three years, Barrow says that when it came time to rehearse for the U.S. tour, they didn’t need much time at all to shake off the rust.

“We actually only had about just over a week for rehearsal. It came back to us really, really quick, and we rehearsed when we did the tour in Europe, so it all came back really quickly,” Barrow says. “[The show] is about half and half old material and new material, but we’ve been playing with the same band since 1994, so it’s kind of like we know what we’re doing by now.”

While on tour, a lot of bands, producers and artists use their downtime to write new music, talk concepts or ideas for the next project, and maybe even record a song or two in a studio at a tour stop. For Barrow and Portishead, that’s not how things work. Although Barrow says he gets ideas on the road, he files them away to use at a later date.

“A tour is just not the place for us to be considering new material,” he says. “There’s so much focus on getting the gear right and getting stuff right for the tour. So we don’t really do that. I don’t use Macs or Logic and stuff. I got to go into the studio and write. I can’t write in airplanes on a Mac. I don’t have any interest in that. If I get hit by like an idea, it kind of sticks with me and starts to grow. I don’t go into the studio until it feels really right; I usually remember a concept or something. Like when I was in Greece two years ago, I heard some incredible music on the radio there and recorded it on my phone. So that’s there now, and somewhere down the line I may want to use it.”

So when can fans expect a new Portishead album?

“Well, I’m going to start writing it in January, so you know … that could take 10 years,” Barrow jokes. “But everyone is totally committed to record new material, it’s just everyone wants it to be good, that’s all. I think we got a low opinion of ourselves in our capacity to actually write, and we think a lot of stuff is shit. And the stuff we don’t use on the album will never get released as bonus tracks because it’s shit. It’s not good enough. And I think if you heard it, that everyone would mostly agree. It’s just our standards are just … interesting. It just has to feel right. It has to be that way for us.”