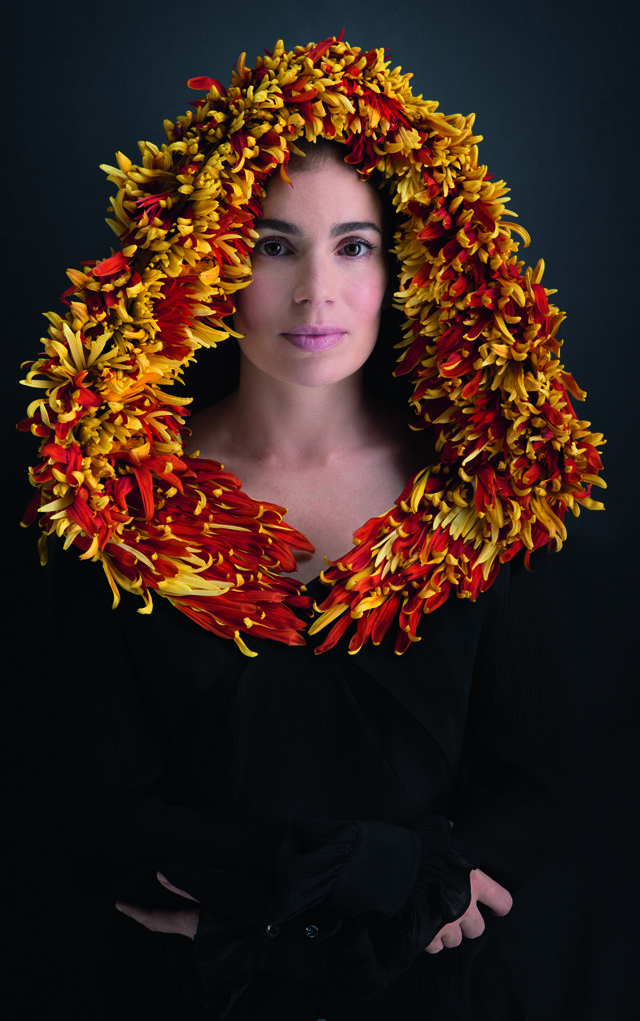 Yael Naim is on the path of discovery. In her 2008 hit breakout song “New Soul” she sings, “I’m a new soul/I came to this strange world/Hoping I could learn a bit ’bout how to give and take/But since I came here, felt the joy and the fear/finding myself, making every possible mistake.”

Almost a decade later, Naim says she still feels connected to “New Soul” and the message it contains — accepting that life isn’t perfect. On her new album, Older, Naim continues to explore that same sentiment.

“It’s just discovering yourself all the time with new experiences and how you handle those experiences. Sometimes you are handling them, like, really badly,” she says with a laugh. “But it’s fine. I just try to forgive myself and try to handle it a better way.”

It’s been six years since Naim’s last album, She Was a Boy. Released last year, Older is her latest collaboration with partner David Donatien. The pair has spent the past 12 years making music, each bringing their own background and culture to the sound. Donatien is from the West Indies, and Naim grew up in Israel but has lived in Paris since she was 21. He has a background in jazz and percussion, and she comes from a classical music tradition.

“We have a vision of the world as an open place, and it’s the same thing for music,” she says. “For us, when we’re doing music, what we’re looking for is to join each other, his culture and my culture. It’s like having many, many colors and wanting to use them to create something new that excites you.”

Naim says this album is special for her and Donatien. It came along at an emotionally charged period for the musicians — they had their first child together and Naim lost her grandmother.

“I understood for the first time that life is short. [With] every choice [I] make, I want to enjoy the time I still have on Earth,” she says. “On one hand it led to some panic. … On the other hand, I don’t think I was ever that happy in my life.”

The dichotomy between new life and death swings the music on the new album between extreme moods. In the upbeat “Make a Child,” Naim contemplates motherhood in a singsong voice, “You can make a child/but you’re gonna have to dive through/I feel so alive/Going to jump into the big blue.”

But the title song is considerably slower and stiller as Naim bids a sorrowful goodbye to her grandmother: “Now here’s our story/my eyes are blurry/but please don’t worry/The light will take you high/you can fly.”

One of the most poignant songs on the album is the menacing “Coward,” a melodic musing on the fears of becoming a parent. In a haunting dance, a children’s choir chants as Naim sings, “I truly thought I was prepared/But now I’m panicked and I’m scared/How did I become a coward?”

By writing the song, Naim was able to process her concerns of losing time and freedom as she entered parenthood.

“I was already imagining missing the person I was, and all that was about to change,” she says. “The fear to let go of everything, to go to a new place that is completely frightening because it’s the unknown. I was so afraid that it would be so scary. I did have my moment of panic, and then ‘Coward’ was born.

“Only that saying it and being aware of it, it helped me to not be afraid anymore. And of course the reality was so not scary,” she continues. “If you hide it, it’s something that can really hurt you. But just to say it and let it out, it’s OK. So what? I’m fine. Nothing horrible happened after saying it and people will continue to love you, and they’ll help you. So it only brings good.”

And after the birth of her child, Naim says everything was different, in a good way.

By admitting her “cowardice” in her personal life, she gained bravery in her work. And on the path of self-discovery, Naim has gained more confidence.

“[Having a child] changed the fact maybe when I do something now there’s less hesitation, and I see everything more clear, and I know what I want, and I know what I don’t want,” she says. “When I do have the time to create, it goes out immediately. There’s no hesitation.”