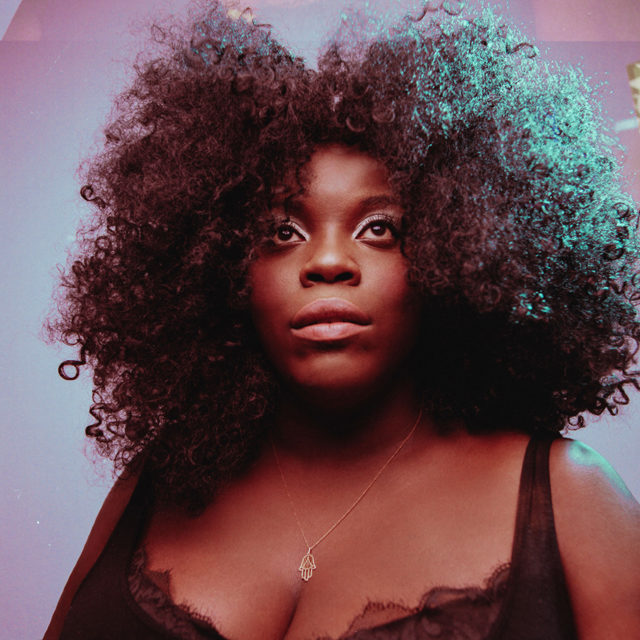 In a moment of clarity surrounded by flames, British country soul singer Yola knew what she had to do. It was Christmastime and she was in the middle of wrapping presents when she noticed her dress, and the rest of the room, had caught fire.

She began laughing at the absurdity of it all. The fire became a metaphor for everyone — her friends, collaborators, the whole world — who had tried to box her in, use her talent for their own gain while stripping her of any agency to take center stage. All of the racism, sexism and gaslighting she’d experienced her whole life became perfectly clear.

“I was being told what I should say, what I should not say, who I should be and who I was was wrong and I should do and be something else,” she says. “All of this can only really last for so long.”

It was in that moment, Yola says, the trajectory of her life changed. She snuffed out the flames on her dress with the rug and ran out of the house.

“All of a sudden I felt like I could do anything,” she says. “I could create anything.”

Since the release of her debut album, Walk Through Fire, in early 2019, Yola has caught the attention of some of her idols — people like Elton John, who has publicly praised her cover of “Goodbye Yellow Brick Road,” which appears on the deluxe version. And it wasn’t too long after the record came out that Yola got a call from country star Brandi Carlile asking Yola to sing a verse in “Highwomen,” a rewrite of Jimmy Webb’s award-winning song “Highwayman” most notably recorded by Johnny Cash, Kris Kristofferson, Waylon Jennings and Willie Nelson.

Yola sings the part of the civil rights freedom rider on the all-female version, named after the country supergroup comprised of Carlile, Amanda Shires, Maren Morris and Natalie Hemby, who seek to raise the collective voice of women in the all-too-male-dominated genre of country music.

“The point behind the idea of the album, of the project, of now the movement, [is] shining the light on the absolute batshit craziness of the erasure of women in country music,” Yola says. “Certainly, in country, it formed a conversation that has needed to be had, and given that country is one of the influences in the plethora of influences that I draw from, it’s great to be part of that conversation.”

Yola’s music is what she calls genre-fluid, joking she should start selling T-shirts with the phrase.

From a small town outside of Bristol in the United Kingdom, Yola was raised by a single mother who had a vast record collection spanning decades and genres, all of which have influenced the 36-year-old singer. Plus, growing up in the U.K. in the ’90s, she says, exposed her to a wide range of contemporary artists.

“The U.K. was utterly schizophrenic musically,” she says, a mixture of Beck, Sheryl Crow, Bjork and the Spice Girls or Sixpence None the Richer heard one after the other on the radio. “That’s what growing up was like,” she says. “It was this borderless experience of music.”

Before launching her solo career, Yola experimented with a variety of projects as well: She wrote and sang with Massive Attack, largely attributed with helping to birth trip hop in the U.K., and had hits with dance artists Duke Dumont and Sub Focus. She was then the lead singer of a Bristol country soul band Phantom Limb for a few years.

She also experienced several setbacks — living homeless for a stretch in London, surviving an abusive relationship, losing her voice for more than a year due to stress. No matter how bad things got, however, Yola always had music.

“I always felt that I was music more than I was doing music,” she says. “I’ve never had a living memory of not singing. I’m just an embodiment of music, of notes in flesh form. At no point could it ever leave me, it was just a matter of everything I was going to do was going to have a musically creative element to it.”

Then came the fire, and a subsequent move to Nashville, which is where she met Dan Auerbach of the Black Keys, who produced Walk Through Fire, based both literally and figuratively on her past experiences.

“The best artists that we celebrate are ones that can do that — Aretha sang right across genre, and Elton moved, the Bee Gees moved right across genre,” she says. “The ability to do that, to be able to thread an aesthetic that’s inherently you together is harder, but clearly more valuable when it comes to a long and satisfying career.”

We haven’t seen the last of Yola, and, perhaps, the best is yet to come. Her music propels us into the future — toward what becomes possible in an inclusive society, one that acknowledges its faults, embraces responsibility and comes out better on the other side.