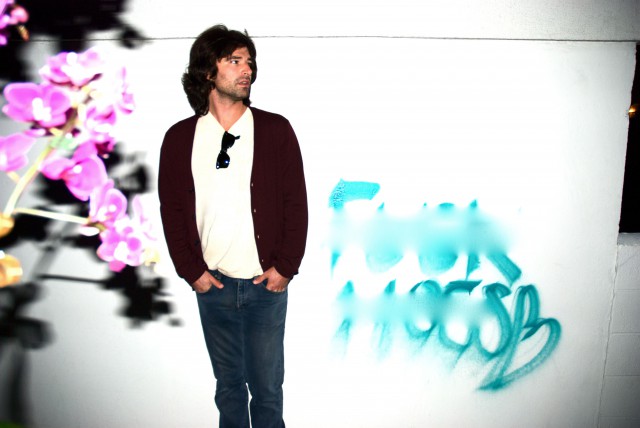 From Mark
Knopfler to Stewart Copeland, it often happens that after putting in a couple
decades charting pop radio hits, musicians end up in Hollywood, scoring
soundtracks for major motion pictures for the duration of their careers. While
it was once entirely unheard of, these days you’ll often hear of the reverse
trend occurring, and Pete Yorn is one of the latest artists emerging
from this growing Hollywood underground.

After wending
his way to Los Angeles almost a decade ago, the New Jersey native seemed to
have found his calling making music for film and television. That is, until he
did the soundtrack for the Farrelly Brothers film, Me, Myself and Irene, featuring one if his own songs,
“Strange Condition,” which won him instant acclaim. Then in 2001, Rolling Stone
magazine gave him four stars for his debut album Musicforthemorningafter, on which he single-handedly tackled all of the instrumentation.

For those
familiar with Yorn’s rising star, this is no surprise; he’s one of the hardest
working and busiest musicians out there. Known for sharing the bill with the
likes of the Foo Fighters, Coldplay and R.E.M., and with a natural penchant for
swinging anywhere between pop, rock, folk and post-punk from one song to the
next, you’ll usually find his name bulked in with experimental rockers like
Ryan Adams and Jeff Buckley — those multi-talented artists who derive complete
comfort in sculpting sound on the indie fringe where initiates seem more like
cults than fan bases.

While this might
seem an unlikely path for a multi-instrumentalist who cut his professional
teeth in the commercial bowels of Hollywood’s studios, stranger things are
happening these days. Just ask any of the growing multitude of musicians who
continue to nail down fat six-figure contracts on the merits of catchy
advertisement jingles alone. What made Yorn’s story unique, however, is that he
was able to carve a reputation as a serious composer of complex hybrid music in
the epicenter of American commercialism with what might best be considered
commercial defiance—a characteristic studding his entire repertoire that now
amounts to five records, and perhaps especially his latest release, the
much-anticipated EP of duets with 24-year-old actress Scarlett Johansson titled
Break Up.

No stranger to
ambitious undertakings, the idea came to Yorn three years earlier when he
proposed recording an album of duets to Johansson. Not knowing whether she
could even sing, 35-year-old Yorn based his instinct of asking her solely on
the assumption that, despite their specialty, actors typically have other
training.

“I figured, you
know, most actors are multitalented,” Yorn told the Associated Press during a
recent interview about the album and Johansson’s involvement. “They’ve got to
be able to do a lot of things and they probably have some ability to sing.”

But this isn’t
her first effort behind the microphone. The disc comes only a year after the
24-year-old actress’s debut, Anywhere
I Lay My Head, a
collection of Tom Waits covers that got its fair share mixed reviews. Asked if
the mixed reception bothered her, Johansson threw back a nonplussed verbal
shrug.

“I didn’t hope
for anything,” Johansson told the Associated Press about the album. “Of course
whenever you put something out, you hope that people are into it. But I don’t
really validate myself through critical praise. You have to have a thick skin
in general to survive [the entertainment industry]. It’s something that I have
developed … since I was eight years old.”

By all accounts,
Yorn was shooting for a ’60s sound with Break
Up, and Ed Masley of the
Arizona Republic probably summed the entire album up best with his assessment
of the opening track, “Relator”: It “ushers you in with a bittersweet bounce
that didn’t even need that tambourine to put you back in 1966 with its
Beatlesque chorus hook, guitars that ride the groove like Norman Greenbaum’s
‘Spirit in the Sky,’ and some obvious chemistry between the male and female
leads.”

Chemistry can
only be achieved with a certain degree of risk-taking, or course, and Pete Yorn
seems to have found his groove in the gamble—a rare element for a music
industry that’s become as predictable as it has redundant these days. Arguably
the next big thing, the beauty of it is that you never know what Yorn intends
(or rather doesn’t intend) to throw out to his growing bevy of faithful
followers, whether with the next album or, for that matter, the next song at a
live performance.