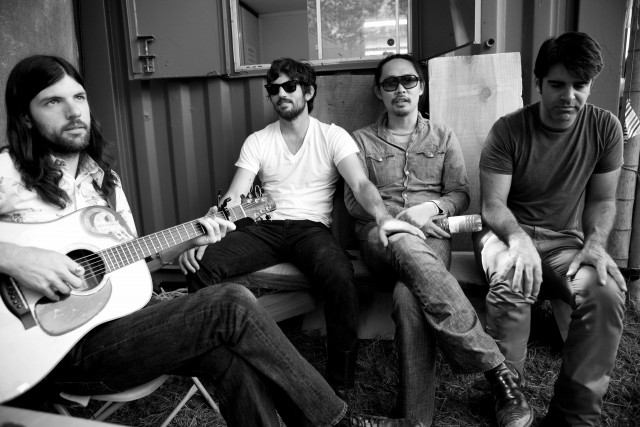 Courtesy of The Avett Brothers

Fans that head to The Avett Brothers for any of the shows during its three night stint at Red Rocks Friday, July 11 through Sunday, July 13 expecting the kind of stripped-down, acoustic performance that was the group’s trademark will be in for a surprise.

“What we found when we hit the stage a few nights in a row [recently] was that we are kind of sitting on top of a powder keg as far as sound,” Crawford told BW in a recent phone interview. “And we can take these songs that were originally recorded with three instruments and work them to seven, really expand them, create a lot of depth, a lot of new harmonies.

“We’ve got a lot of capability that we are really working hard to unleash.”

The beefed-up lineup and live sound shouldn’t come as a total surprise. Formed in 2000 by brothers Scott (vocals, banjo, harmonica, guitar, piano) and Seth Avett (vocals, guitars, piano), the group evolved into a trio in 2002 when Crawford, the band’s first non-Avett brother, was added to the lineup. That year, the group released its first full-length studio album, Country Was. A concert CD, Live at the Double Door Inn, followed later that year.

Over the next four years, the Avett Brothers steadily gained attention within the alt-country/ Americana scene as the group released well-received albums like A Carolina Jubilee (2003), Mignonette (2004), Four Thieves Gone: The Robbinsville Sessions, (2006) and Emotionalism (2007).

The albums all highlighted strong songwriting, but mainly stuck to a rough-hewn acoustic sound.

That sound changed dramatically after The Avett Brothers signed to uber-producer Rick Rubin’s American Recordings label and partnered with Rubin (whose eclectic resume includes producing albums by the Beastie Boys, Slayer and Johnny Cash) for the 2009 album I and Love and You.

That album retained the Avetts’ acoustic foundation, but broadened its instrumental reach. The group continued down a similar path on its next two albums — 2012’s The Carpenter and its current release, Magpie and the Dandelion — both produced by Rubin.

On Magpie and the Dandelion, for instance, “Open Ended Life,” with its gracious vocal melody, and prominent use of fiddle, banjo and harmonica, could have worked in an austere instrumental setting.

Instead, the group gives the song a tasteful jolt of energy as a frisky beat and a little electric guitar. “Another Is Waiting” is a similar case, as the group muscles up things with an assertive beat, full instrumentation and vocal harmonies. “Vanity,” starts out on an elegant note before exploding into an epic rocker. Even songs that remain stripped back, such as “Never Been Alive” and “Bring Your Love To Me,” get supplemented with drums and other judiciously applied instrumentation.

The songs on Magpie and the Dandelion actually come from the same epic 30-song recording session that produced The Carpenter.

“We had a bunch of songs that were moving toward being considered for recording. We just said, ‘Why don’t we just record them all?’” Crawford says.

But once the songs for The Carpenter were selected, the group left the studio with no set plans for the remaining songs. It wasn’t until summer 2013 that, at Rubin’s suggestion, the group started entertaining the notion that its next album was essentially already recorded.

“I think it was really Rick’s idea,” Crawford says.

“Rick began to sequence them and Rick said, ‘We’ve got an album here. We’ve got something that’s fresh here and kind of stands on its own.”

The partnership with Rubin represented a major change in the working process. The group’s earlier albums were self-produced, so using a producer was a major step. But Crawford said the partnership got easier over time.

“There was a lot of growing between I and Love and You and The Carpenter,” Crawford says. “We got just a little savvier in the studio. … When we first got with Rick, we learned so much more about playing in time and playing with a kick drum and just these basic lessons about music that we had never taken time to learn.”