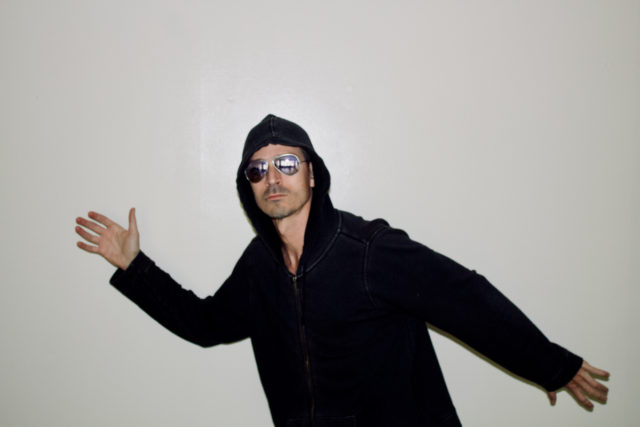 The day after A.A. Bondy finished his latest album, Enderness, his house burned in the Woolsey Fire that ate up nearly 100,000 acres of land in southern California.

“It was a weird week,” Bondy says over the phone. He’s back in California to play some shows in support of Enderness, but homebase is Mississippi for the time being. He’s lived there before and calls it “the easiest way through,” though that’s about the best explanation he’s got.

“There was this goose that I’ve been feeding for years,” Bondy says of his former home in California. “I lived on a small man-made lake. And the goose would show up every spring and stick around. Sometimes he stayed through the winter, but according to my neighbors he’d been coming there for a decade or something. I found him dead in the road that week.”

Then a marine combat veteran shot and killed 12 people at a bar in Thousand Oaks, just across the street from where Bondy purchased a turntable to listen to the new record on vinyl.

And then his house burned down. He saved his cats, his computer, a few notebooks. Himself.

“I don’t know how linked these types of things are, but I definitely felt… I don’t know. It was a weird week.”

Bondy’s not one to look away from the weird or the tragic. He deals in it almost exclusively, building a solo career on dark musings and murder ballads, starting with 2007’s American Hearts.

The blues and folk sounds that typify his solo work are a stark departure from the music he made with his alternative rock band Verbena, which caught the attention of Dave Grohl back in the late ’90s. Bondy’s been clear — in a way that’s very telling of his personality — about how difficult that piece of his life was, likening the experience to being “an infant in a crib full of bats.”

“I don’t really even feel like it was time off,” he says. “I felt like music time was over, you know? By and large I just couldn’t connect with anything that I was working on. I was just walking around feeding the birds and running and all kinds of other little things that over time added up to maybe some kind of… we won’t call it knowledge, but I guess I learned a thing or two.”

He managed to pick up where he left off and somehow start in a wholly unexplored place at the same time. With Believers, Bondy moved toward a different form of storytelling, favoring a lyrical style that made suggestions more than statements. Enderness sees the full realization of Bondy’s capacity as a storyteller, one who can weave a narrative out of internet speak and phrases so short, so brutal, they give Hemmingway a run for his money (minus the misogyny).

“Murder is more entertaining/ Than peace ever will be/ To a killer/ Hungry hearted killers/ Everywhere I go/ Walking the streets,” he sings in “Killers 3,” a kind of waltz dedicated to the end of the world.

Finding the guitar wasn’t serving him anymore, Bondy put it down for Enderness and fiddled with keys and synthesizers to create something that might be called ambient blues, if such distinctions matter at all.

It is a faded, well worn kind of sadness that Bondy offers up on Enderness. The title of the album itself feels like a concept, like enderness is a way we can feel — not quite finished, not quite tender.

Bondy’s got an acute distaste for the ways of the modern world, the overconnection, the dramatization, the commercialization. Yet, he finds a way to move through this world as an artist, making music that is equal parts inviting and chilling.

And while he’s keen to talk, he’d really rather not pick his albums apart. So we don’t. We talk about how weird it is that nature documentaries use dramatic musical sequences to create emotion when a seal pup tries to escape a shark, but not when a swallow attacks an insect. We talk about Annie Dillard’s book, The Pilgrim at Tinker Creek. We discuss climate change and the way young women right now all wear the same denim shorts that give them the same denim wedgie. I mention that life has thrown me some lemons, and he suggests we take our stock and head to the veranda for some drinks — then he genuinely asks me what’s going on, and I genuinely answer.

We talk about what you do when your house is burning down, literally and figuratively, and the best we can come up with is: you save the cats.