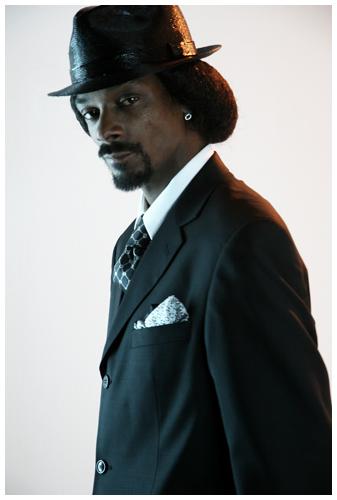 Believe it or not, it’s been 18 years since Snoop Dogg stepped into the world of music. The launch of his career began with a little ditty called “Deep Cover” with producer extraordinaire Dr. Dre, but Snoop has been far from deep cover since then.

Anyone who has followed Snoop’s career is familiar with the success and subsequent collapse of Death Row Records and Snoop’s role within it. He escaped with some virtual bruises and scratches and continued his career with No Limit Records, releasing three albums, followed by stints with Priority/Capitol Records and Geffen Records. All in all, Snoop has released 10 solo albums throughout his career, and has done a variety of other side projects.

And that’s just the music side of his career. On the acting side, Snoop was mostly seen in cameo roles or straight-to-DVD films early in his career, like Hot Boyz and Da Game of Life. As his acting skills grew, however, he was securing pivotal roles in films like Baby Boy, Training Day, and Starsky & Hutch. In addition to that, Snoop scored dozens of endorsements and product partnerships that ranged from Chrysler and Orbit gum to launching a clothing company and a line of pet accessories.

But the one thing Bigg Snoop Dogg hasn’t done much of? Acting as a suit at a record label. Last month, EMI Records announced the re-launching of legendary hip-hop record label Priority Records, naming Snoop its creative chairman. Snoop wasted no time announcing his first project, Snoop Dogg Presents: The West Coast Blueprint, a compilation of classic West Coast hip-hop from the likes of Eazy-E, Ice Cube, NWA, Kid Frost, King Tee, The D.O.C. and others, due out Feb. 23. In addition to that project, Snoop signed veteran hip-hop group Cypress Hill to the label, with plans for their ninth album, Rise Up, later this year. Yet with all this record exec work, Snoop has no plans on slowing down on his other endeavors.

“I’m Snooperman — I do it all,” Snoop says. “We gonna keep pushing and promoting. But we got a hell of a catalogue to go through, and you’re gonna start seeing the West Movement back on the move and back on top. [As far as acting], I got projects for 2010 — you’re gonna be hearing about it real soon.”

Snoop’s next film, The Big Bang, stars Antonio Banderas, Sam Elliott and William Fichtner. The action flick follows a detective hired to find a missing stripper who runs into a cast of characters on his journey, including Snoop’s “Puss.” The film is expected to be a summer release.

Besides his tour for the next month or so, Snoop is also pushing the deluxe version of his recently released album, Malice N Wonderland. The deluxe version, aptly titled More Malice: Deluxe Album and Movie, is scheduled to hit stores on March 23.

“It’s gonna have a mini-movie starring yours truly Bigg Snoop Dogg, Jamie Foxx, Xzibit, Soulja Boy, Diplo, Mayer Hawthorne and some of the other homeys,” Snoop says of the 40-minute film included with the disc. According to the press release, the movie tells the story of superhero Malice (played by Snoop Dogg) in his hometown of crime-plagued Wonderland. The safety of the city is up to Malice, who fights crime and strives to bring peace back to his neighborhood.

“We gonna have a couple remixes on there,” Snoop says about the deluxe album. “Five new songs and five songs from [the original] Malice. So be on the lookout, ya dig? I’m just staying relevant and making Malice N Wonderland the experience that it is. I had to roll out the blue carpet and do it big jack!” While the music, the record label, and the acting make for a busy life for the rap superstar, he makes an effort to give back to his community. A few years ago, Snoop launched a youth football league in the Los Angeles area. For the past eight years he’s been gathering the best youth players from the league and creating an all-star team to play an all-star team from the Super Bowl’s host city, which is usually coached by a celebrity. The annual Snoop Bowl has raised more than $100,000 for a variety of charities and has grown into one of the hottest events during Super Bowl weekend. This year, the Snoop Bowl goes down on Feb. 6 at Traz Powell Stadium in Miami.

“It’s gonna be a great game, a lot of fun with happy kids enjoying a chance of a lifetime,” says Snoop, who will once again coach his all-stars. “All the proceeds go to the Snoop Youth Football League; this is the eighth year of the Snoop Bowl. Shout out to Terrell Owens, Joey Porter and Deion Sanders,” who will coach the Miami all-star team.