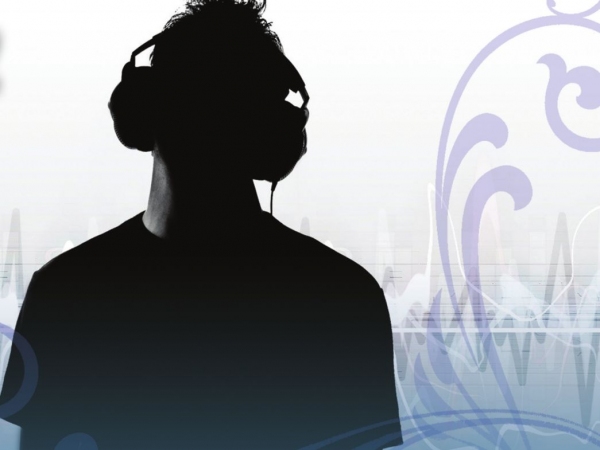 Post-Louis Armstrong, there probably has not been a more influential American musician, save for Bob Dylan, than Lou Reed, who died two months ago at the age of 71, five years after marrying visionary multimedia artist Laurie Anderson in Boulder. It’s a shame that the legendary New York singer-songwriter, arguably responsible for both punk rock and indie rock, didn’t stick around here after tying the knot to give the music scene a kick in the ass.

We need it, if Boulder is to incubate rock music that gets noticed nationally on lists such as this, my sixth-annual list of 10 favorite new releases (this year, focused on songs). Our lack of a relevant rock ’n’ roll scene (please let us know if there’s one out there), no doubt partly due to our lack of a small rock venue, is unfortunate, to say the least. But that can change as fast as you can say “Search and Destroy.” The Boulder music scene just needs a shot of creativity, cojones and a small venue where local rock bands can develop a good live show and a good following, soon.

1. In a music world overflowing with interesting and exciting indie rock, it’s great to have a band like Queens of the Stone Age to bring us back to when bands like Foghat and the Guess Who pleased arenas full of stoners with intentions no greater than, well, rocking. On its sixth longplay, …Like Clockwork, the Southern California hard-rock staple delivers another riff-heavy clinic on dark-yet-melodic rock ’n’ roll, highlighted by the mid-tempo “I Sat By the Ocean,” which would be right at home on classic rock radio between “Evil Woman” and “Immigrant Song.” On this standout track, QOTS frontman Josh Homme laments a cruel former lover with honesty rather than forgiveness, and the surrounding tasteful guitar is just dirty enough to provide lamenting poetry of its own.

2. Just as a dozen years ago I marveled at Rage Against the Machine’s uncanny ability to sell extreme leftist rock records to frat boys, something Crass never dared dream, I’m now floored that Daft Punk’s Random Access Memories, an addictive vocoder-focused dance album by two French men dressed as robots, debuted at No. 1 on the Billboard charts. The intention and imagination behind Daft Punk’s music deserves a thick biography, but I’ve most enjoyed “Giorgio By Moroder,” which begins with the briefly spoken Schwarzenegger-esque autobiography of legendary Italian musician/producer Giovanni Giorgio Moroder and impressively morphs into what sounds like a captivating virtual boxing match between a brilliant DJ and a hot jazz-fusion group.

3. My daughter, Sidney, just turned 4 and has made it clear her favorite band is The Ramones. Seeing her appreciate Joey Ramone’s earth-sized heart makes me endlessly happy. But she also needs female role models in music, and I can find none better than the enigmatic Neko Case. On the uncompromising ballad “Night Still Comes,” from Case’s uncompromising sixth LP The Worse Things Get, The Harder I Fight, The Harder I Fight, The More I Love You, she veritably spits out the lyrics, “There’s always someone to say it’s easy for me / but I revenge myself all over myself / there’s nothing you can say to me” and continues, “Is it cause I’m a girl? If I puked up some sonnets, would you call me a miracle?” Case, now 43 and probably at the height of her vocal prowess, is not quite country but might be the best female country artist alive; she’s not quite indie but might be the best female indie artist alive. Listen to the buoyant defiance of the beautifully crafted “Night Still Comes” and you just might consider Case the best modern songwriter America’s got.

4. Speaking of Girl Power, Janelle Monáe’s badass duet with Prince, “Givin Em What They Love,” brought me back to the goosebump-inducing first time I heard Tricky’s powerful version of “Black Steel.” The talented, bold Monáe, a Kansas City native with six Grammy nominations already under her belt, defies categorization under the “urban” label, which is a pretty racist term anyway, and “Givin Em What They Love” reveals tinges of not only hard rock, hip-hop and funk but also just a smidgen of Loretta Lynn’s profound sass. And the rest of The Electric Lady, the third LP of Monae’s still-blossoming career, is even more diverse than all that. Lorde’s “Royals” was undoubtedly the song of the year in pop music, but it’s just child’s play compared to “Givin Em What They Love.”

5. At its best a perfect mixture of the Band and the Beatles, Philadelphia’s Dr. Dog — famously the one band every modern musician would give a limb to be in — unfortunately succumbed, at least on its recordings, to the age-old pattern of “jumping the shark” once the mainstream catches on. Luckily for longtime Dr. Dog fans, “Humble Passenger,” from the pleasing new LP B-Room, sums up just about everything that’s great about the Philly quintet in one gorgeous, unique ramble of a song-tale. Somewhere between “Bob Dylan’s 115th Dream,” with more dynamic music, and Phish’s “Gamehendge” saga, with less psychedelics, “Humble Passenger” uses deft musicianship and songwriting as the formidable backdrop for what seems like a diary of singer-guitarist Scott McMicken’s dreams. The changes are beautiful; the delivery is impeccable. The ’Dog is back.

6. Speaking of “Bob Dylan’s 115th Dream,” 25-year-old Courtney Barnett brings a little Highway 61 via Australia on the Jeffrey Lewis-ish “Avant Gardener.” Like “Humble Passenger,” this lo-fi jewel features music reminiscent of Crooked Rain, Crooked Rain and lyrics (see: “I take a hit from an asthma puffer / I do it wrong / I was never good at smoking bongs”) that sound like a stoner undergoing dream therapy. All this track needs is a little Al Kooper organ.

7. Shy Boise savant Trevor Powers, who records poignant, enchanting acid-pop under the name Youth Lagoon, mesmerized a packed Fox Theatre in Boulder a few days before the Great Flood. Director Stephen McNally’s incredible animated video for “Raspberry Cane,” the anthemic highlight of Youth Lagoon’s sophomore LP Wondrous Bughouse, is so mesmerizing that you might not have noticed the flood, even if you’d been up to your elbows in it, had you been watching McNally’s wonderful video on repeat. Powers is a genius, and the peculiar “Raspberry Cane” is an unforgettable love song for death and curiosity. McNally’s video makes it come alive Frankenstein style.

8. It wasn’t until this month that I knew 65-year-old soul singer Charles Bradley was a James Brown impersonator, and a drifter, before finding his calling giving sweaty hugs to hipsters at his notoriously fun recent live shows. His original material is closer to Otis Redding and Marvin Gaye than Brown, and “Victim of Love,” the title track from Bradley’s stellar second LP, was recorded and performed with such authentic ’60s soul that it sounds like an uncovered Motown gem.

9. At this point, any Arcade Fire release is almost as feverishly anticipated as the Super Bowl. The Haiti-inspired Reflektor, made to be listened to with a mirror ball twirling and the whole world dancing, did not disappoint, though it does include a few clunkers. A departure project not unlike the Clash’s sprawling Sandanista!, the Montreal band’s fourth LP more often gets compared to Remain in Light, though only the title track, which features a David Bowie cameo, is genuinely reminiscent of the Talking Heads’ classic Eno-produced move to afrocentric dance music. “Reflektor” is a darkly hypnotic treatise against the distancing, disorienting effect of online connection, and should tear the roof off the Pepsi Center on April 23.

10. The news that a section of West 77th Street in Manhattan has finally been named Miles Davis Way made me forget rock ’n’ roll for a moment and wonder what magic might’ve come from the obscure Swedish instrumental trio Time is a Mountain recording tracks like the utterly time-stopping “Wooden Keys” at Davis’ legendary home studio on 77th, with the immortal trumpeter sitting in and Teo Macero producing. With just sparse bass, lyrical keyboard and inventive, charismatic drums à la Elvin Jones, these passionate Swedes, led by European jazz luminary Tomas Hallonsten, sketch universes of ghostly electricity on the mellow “Wooden Keys” (and all over this self-titled debut) without falling into the usual noodly fusion traps.