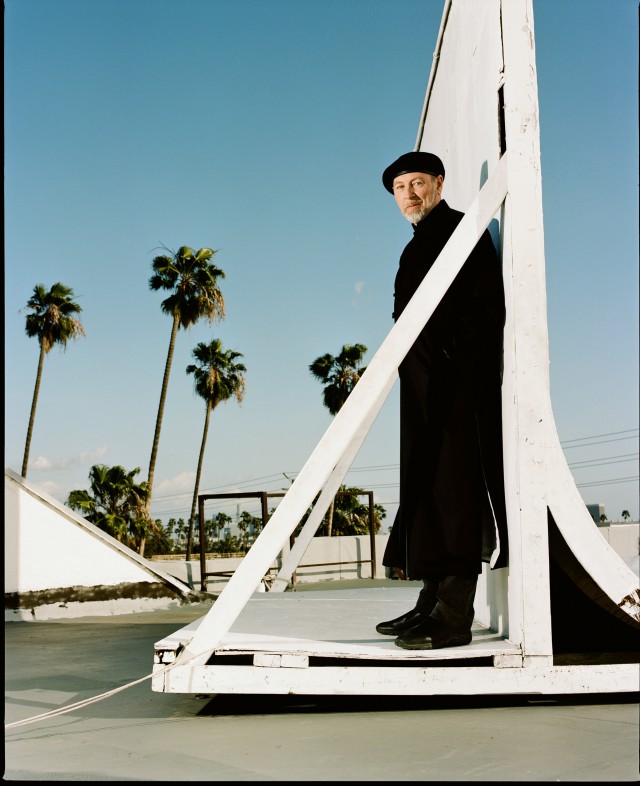 Richard Thompson is the guitar player’s guitar player, one of those described with hushed reverence by those who know. Some years ago, Bob Mould (HÃ¼sker DÃ¼, Sugar) commented that watching Thompson play made him want to mothball his instrument.

For 45 years, Thompson has made music in various formations, never achieving more than modest commercial success, while critics have greeted his work with near-universal, bended-kneed genuflection. He uses a hybrid of pick and finger plucking, forging warm, rich folk tones abetted by a sinewy baritone.

In an interview we had several years back, he commented puckishly, “The secret to my success is my continued failure.” He’s famously self-deprecating, but the point remains that for Thompson, success has always been inwardly defined, going all the way back to the influential British folk group Fairport Convention, for which he played guitar from 1967 to 1971.

“Very early on I realized we might skate the margins of the charts, but we were never going to be up there as contenders. So we had to have a different attitude and view success differently,” Thompson says from his Los Angeles home. “You have to have success on your own terms, as opposed to other people’s terms. You might make a record that’s commercially a flop but you feel was successful artistically. In a sense that’s what you should be pursuing, though the persuasion of the marketplace tends to dictate otherwise.”

Though he was in Fairport Convention and continues to be a major folk circuit draw, Thompson is also a terrific blues-psych guitarist (just witness his nine-minute breakdown of Donovan’s “Season of the Witch”). Since the millennium he’s been on a particular hot streak — from 1999’s electric suburban slam Mock Tudor to 2003’s spare, understated pastoral folk The Old Kit Bag to 2005’s acoustic release Front Parlour Ballads and the witty, textured rock of 2007’s Sweet Warrior. Though they haven’t created much stir, they’re among the finest adult rock you’re likely to hear.

For a long time Thompson was a major label prestige act, the kind trotted out to impressionable young bands as a sign they support “real artists.” He was the kind of low-selling/high-respect artist that labels could afford to keep just for the points it won them from other artists and critics. That came to an end when the business’s economics changed after the millennium, and Thompson’s taken advantage of his newfound indie freedom to tackle a wide variety of projects.

Thompson — who says he witnessed the ghost of Anne Boleyn while touring the palace of Henry VIII — became intrigued by alleged transcriptions of conversations with ghosts. It’s part of a forthcoming album of the same name — though not all of it’s about ghosts.

Besides chasing apparitions, Thompson has also cornered a local rhythm section for a “commando raid kind of band.” He saw them as perfect for situations like festivals or short jaunts where flying in his far-flung backing band wouldn’t make economic sense. After he began composing he took a shine to the format.

“You lack some harmonic definition that you get from a rhythm guitar or a keyboard,” he says. “But because of the musicians I have in the trio, it works because they’re able to fill in some of the missing parts.”

They recorded the album in Nashville at Buddy Miller’s (Emmylou Harris, Robert Plant) home studio, cutting 16 tracks in four days. They’ll finish mixing it when he returns from tour. He’s excited about it.

“We did it ridiculously quickly,” he says. “It was just stupid. But it sounds great. It turned out surprisingly funky, sort of a new genre — folk-funk. It’s quite snappy, somewhere between Judy Collins and Bootsy Collins.”