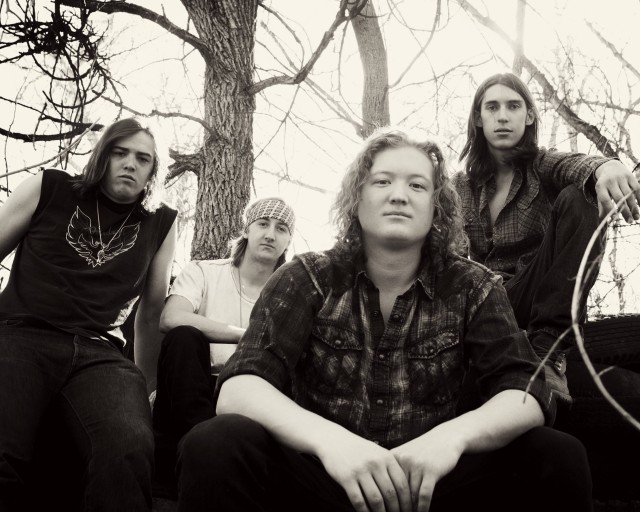 Blake Rooker, lead singer and guitarist from the Boulder-based West Water Outlaws, responds a little cautiously when we press him to share some highlights from the band’s recent swing through the steamy Southeast, a sure sign that the big noise/big beat blues-rock quartet was probably doing the dive-bar mini-tour thing right.

“I’m trying to think of what I’m allowed to tell without embarrassing someone,” he says.

Ha! What about Savannah, Ga., four nights at the Retro on Congress?

“Yeah, that was awesome,” he says.

“We went to the beach a lot. We had a big, gnarly mob of people out on the beach one night until sunrise. And families were getting out to watch the sunrise and people were out metal detecting, and we all there standing next to this big forest of beer cans, looking all haggard, just scarin’ people.”

What about Birmingham, Ala.?

Gotta wonder what a gig at a Birmingham bar is like in July.

“We played at this place called ‘The Nick,’ and it was a Sunday so we didn’t have that many people to play for, but we had a great time anyway.

“So, we’re playing this place, and our bass player Vince [Ellwood] keeps coming up to me while we’re playing, and I’d think he’d had his hands full with playing, but he’s pointing out cockroaches to me on the stage and jumping as high as he can and stomping them while I’m trying to focus.

“And we had a huge turnout in Charleston, [S.C.,] but we had to stop the show early because someone got alcohol poisoning. They were, like, cart ed out, so we had to stop an hour early. The cops were there and the bartenders were all freaking out. We were talking with some of the people and we just said, ‘Eh, maybe we ought to just call it night.’”

These are the tales that weave legends, ugly as some of them may be (not to mention the stories he didn’t tell us), but it’s all part of the narrative. After winning a CU battle of the bands in 2010, the band started gigging in the Boulder- Denver area, scratching together a small but devoted following around their brash, elbowthrowing roadhouse blues attack built on two guitars, a rock rhythm section and a very sly sense of craft lurking beneath the chassis grease. An EP, Crooked Angel, followed in March 2011, and the band threw together its first Southeast tour later that spring, pivoting around a key gig in Memphis that June. This year’s run was designed to build on the buzz they left in their wake, and the band’s upcoming gig at the Fox Theatre, which re-opens after a few months of renovation downtime, will unveil the band’s second EP, Real Killer.

It’d be a little too easy and kind of not altogether accurate to say that the band, bred within the confines of Jamgrass Central, is out to prove a point that success for a Boulder band doesn’t require a mandolin player or a laptop. Rose Hill Drive, some of whom have history with the WWO guys extending back into school days, probably already made that statement.

“No, it’s not there’s anything wrong with any of that [jamgrass music],” Rooker says. “It’s just nice to be a little different here in town. At first it was a little harder. Everyone likes to go with the sure thing, and we really had to try hard to prove ourselves. But I think it’s almost more rewarding when you come from a different genre that’s not the main thing that’s happening now.”

But paradigms are all about the macro view. Bandcamp and software are fine, but old-school blues-rock requires presence.

“I was born in Memphis, [Tenn.,] so a lot of this stuff is kind of innate for me,” he says. “When I was growing up, my dad raised me on a steady stream of classic stuff, and for a long time that was all I would listen to. In high school, I wouldn’t listen to anything new. I just got so fed up with some of the stuff that was coming out that I kind of got mad about it.

“It was just kind of the music we all liked.”