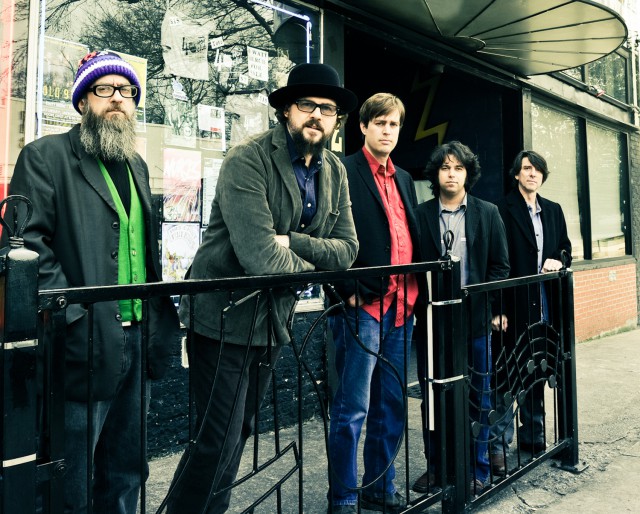 With the release of their third studio album Southern Rock Opera in 2001, the Drive-By Truckers finally emerged from local alt-country favorites to national critical darlings. The sprawling, hard-charging, 94-minute epic masterpiece somehow weaves the band’s personal history growing up young and reckless in Northern Alabama with the rise and tragic fall of Southern rock legends Lynyrd Skynyrd, all filtered through the social lens of the “duality of the South.” It’s a brilliant piece of storytelling, enhanced by the two distinct voices of principal songwriters Patterson Hood and Mike Cooley. Yet to hear Hood talk about it, it’s almost as if he regards one of the decade’s best albums as a personal failure.

“That was the record that kind of made us almost famous, I guess,” Hood says. “But when I hear it, it still drives me crazy. We were way too ambitious for our talent level and more importantly, what we could afford. … I still wish we could have made the record the way we heard it in our heads.”

Southern Rock Opera was a project years in development, but the album that launched the group’s career nearly didn’t get made. The band ran out of money multiple times during the recording process, and the stress of recording nearly tore the group apart.

“We almost had to make that album, because we had been telling everybody we were going to make it for so long,” Hood recalls. “Our backs were against the wall, and we had to do it, but when it came time to record the album it was a nightmare.”

The Truckers took the turmoil from recording Southern Rock Opera and channeled it into their next great album, the desperate, deeply personal 2003 follow-up Decoration Day. Nine years later, the band is still writing ambitious and sprawling albums that continue to explore the dark and complicated history of the American South. Their latest, 2011’s soulful, Muscle Shoals-influenced Go-Go Boots, finds Hood mixing in his simplest, brightest songs in years (including a great cover of Eddie Hinton’s “Everybody Needs Love”) with some of the darkest character studies he has ever written. The immediacy of Hood’s songs is perfectly complemented by the laid-back, shaggy-dog country of fellow songwriter Cooley.

It’s that interplay between Cooley and Hood that continues to drive the band after 16 years and nine studio albums. The two have different approaches to songwriting — Cooley is the aloof poet, Hood the brooding storyteller — but they are consistently drawn to similar themes. Time and time again they return to songs about the dark side of power, about good people trying to survive in a harsh world and about how expectations rarely find common ground with reality.

“That’s the great mystery that keeps this band moving forward, and I don’t have an explanation for it,” Hood says about the synergy between his songs and Cooley’s songs, which, on their best albums, come together to provide a loose structure to their otherwise ramshackle approach. “We never really plan what we are going to write about, other than in Southern Rock Opera. I was blown away when we showed up with the songs for Decoration Day; his songs just fit like a jigsaw puzzle with mine. They counterpoint my songs in a really great way.”

Cooley’s presence, especially on recent albums, has kept the music grounded while allowing Hood to indulge his storytelling roots. Go-Go Boots, for example, is filled with Hood’s songs about wife-killing preachers and cops who lost their nerve that would be tough to digest if they weren’t buttressed by Cooley’s sardonic wit and breezy country compositions. In turn, Cooley delivers the best lines — and some would say best songs — on the album, but without Hood to provide the gravitas, his pieces would sound a little too slight to make for a great record. It’s that relationship between the group’s two original members that keeps the band going. Hood has said in the past that even if the Drive-By Truckers break up, he would never be in a band without Cooley.

“I love his songs and I love playing guitar on his songs,” Hood says. “As long as our songs keep fitting together so well, we have a reason to keep on as a band.”