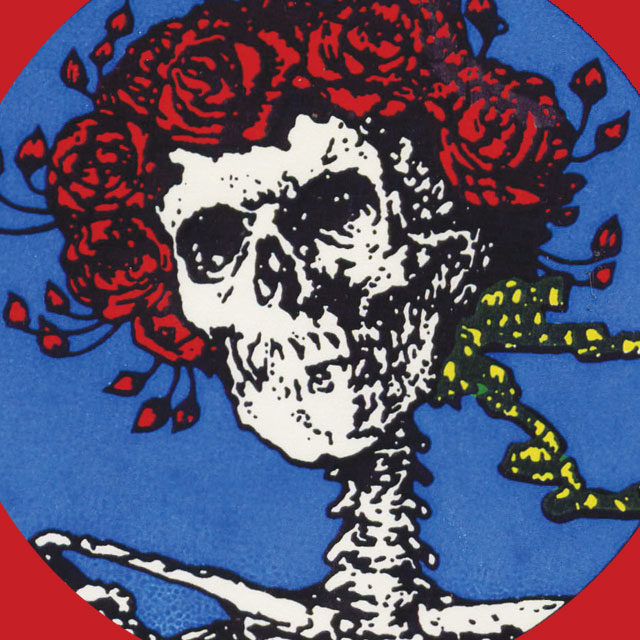 Not that we knew it at the time, but we’re pretty sure the weirdly twice-echoed staccato stomp of “Ants Marching” we heard from our backyard on 35th Street in 2001 was the sound of the end of live music at Folsom Stadium, since it was pretty late and that was probably The Dave Matthews Band’s last encore. The band ran over curfew and CU Athletics decided, after a series of community complaints over noise and other environmental indignities, that the nuisance of live music at the stadium probably wasn’t worth whatever moolah it generated. That we could hear the crowd singing along said something about how loud it was.

We didn’t really get our knickers in a bunch about it, six or seven blocks away, but plenty of others did. And while lots of ink has been shed about bringing stadium-scale live music back to campus, the flowering of the festival culture in the ensuing years has likely defused the frustration of music lovers yearning to share their experience with thousands of their closest friends outdoors and relieved of the pitiless acoustics of aural torture chambers like The Pepsi Center.

And who better to test the waters again than Dead & Company? All but guaranteed to sell out, a local favorite, a mostly older crowd… what could go wrong?

Hopefully nothing, or at least little enough to validate the paradigm.

As for the band itself, it would be less than honest to overlook the fact that we thought they all said goodbye last summer, when they (mostly the same they, but we’ll get to that) staged their Fare Thee Well extravaganza in Chicago. The Long Strange Trip had found its terminus. Expensive and minutely chronicled by all interested and many disinterested parties, the uncertain and fractured post-Jerry era of Dead spinoffs and semi-reunions finally dissolved into a chapter-shutting goodbye, the closing of an era, the last petal dropping off the rose. Even the canonists generously suspended skepticism while Trey Anastasio filled The Seat… oh yeah, that.

That Fare Thee Well ended up being “Bye For Now” became but a minor detail in the apparently continuing saga of the Dead, is actually a feature, not a bug. What passed as a freakish virtue of the Dead — its gently morphing constancy — has been unmasked as, surprise, the band that actually takes some chances and sheds its skin right down to its bones. Remove the cultural and iconographic trappings, blow off the patchouli, and the songs remain.

“… those songs are my children, and they keep growing. To cut them off and bury them prematurely doesn’t seem like the kind of thing I want to be doing,” original Dead guitarist Bob Weir told Rolling Stone a few weeks ago.

That they enlisted John Mayer, of all people, to step in last fall to fill the lead guitar seat seemed like an act of sheer generational defiance. Regarded in the larger musical universe as a pop star of middling heft and occasional principal of tabloid breakup gossip, Mayer actually leads a kind of double life: one as the gooey popster guy who sang “Your Body is a Wonderland” and the other as a pretty plausible blues guitarist of studied and occasionally ferocious chops. So while many may be loathe to count themselves as fans, one has to admit the pop/blues Jungian duality thing isn’t the type of career prestidigitation that comes along every day, and anybody who can sustain that trick has a resume even the haters have to grudgingly respect.

And the bottom line, judging by the press and general diasporic feedback of this franchise, is that the band is actually pretty good. It isn’t hard to YouTube trace Mayer’s progression in this, one of rock music’s most storied seats, from their early gigs last fall through Bonnaroo just a couple of weeks ago. His singing isn’t dreadful, and if he trended too literal in his soloing last fall, his playing has grown more relaxed and respectfully evocative of Garcia’s sinewy stream of consciousness.

Yeah, you do get a sense from time to time that maybe he learned his Dead canon (which he admitted he first immersed himself in through Sirius XM) a little too well; some of Garcia’s trademark slurs and tonal swells come across as overly mannered and sterile in Mayer’s hands, but generally he seems to have found his balance between tribute and being himself. Musically, he’s a good player who took the time to learn and breathe some life into some deceptively tough arrangements, and he’s humble enough to play outside his comfort zone, in a place where few of his Spotify fans are likely to follow.

As for the absence of Phil Lesh, who recently underwent treatment for bladder cancer and is said to be doing well, the 76-year-old bassist is content to the leave the stadium touring to his former compadres and host shows at his Terrapin Crossroads venue in San Rafael. Oteil Burbridge, probably gratified that most of the attention has been focused on Mayer, brings a lengthy and deeply respected career with the Allman Brothers, Aquarium Rescue Unit and The Tedeschi Trucks Band into the mix, sympathetic and melodic and a perfect fit.

Is it all a filthy lucre thing? Like anything else in the Deadsphere, it kind of depends on who you ask, and even the most skeptical of the diehards can’t deny that the band always cashed their checks. Garcia himself is said to be quoted once as saying, “We’ve been trying to sell out for years — nobody’s buying!”