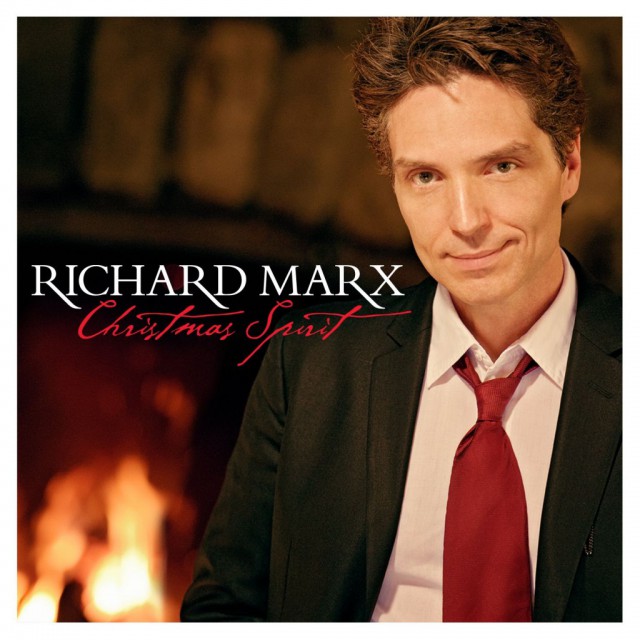 For a large segment of the pop-music audience who graduated from the waning days of MTV video dominance, Richard Marx, the Chicago-bred singer/songwriter/multi-instrumentalist, will probably be forever associated with a lengthy catalog of late ’80s and ’90s hits, soundtracks to brave, gotta-be-me rock anthem videos replete with soft-focus vixens and smoky dive bars. “Hold On to the Nights,” “Don’t Mean Nothin,’” “Right Here Waiting” … Trust us, you know these songs.

They were a time-and-place kind of thing, bearing their own unique charms and resonating proudly on classic rock radio these days, mostly sounding, it should be said, better without the video accompaniment.

But unlike a lot of his peers flapping lamely on the beach in the wake of the Great Flannel Tsunami, Marx had a deeper bag of tools to draw from. Well before his own records sent him jetting around the world, Marx had an extensive history in the music business, extending back to his years as a session background singer with Lionel Ritchie and Madonna, and writing hit songs for people like Kenny Rogers and Chicago, all the while hawking his own demo to distracted, hit-hungry music biz suits.

The hustling eventually paid off, of course, and Marx enjoyed an extremely successful decade-plus solo run, eventually scoring 14 No. 1 hits across a variety of different disciplines — as a solo artist, songwriter or producer, defying contractions in radio programming and stylistic pigeon-holing that killed off commercial artists faster than Hollywood could produce them. He has the startling distinction of having written or co-written No. 1 songs in four separate decades, and lists recent collaborations with artists as diverse as Sugarland’s Jennifer Nettles and Nickelback’s Chad Kroeger.

But his success was only because Marx had skills and studio-smarts and pure musical ability, honed and refined in a way that’s becoming rare and undervalued these days.

“And thank God,” he told us when we caught up to him last week, just before heading into the studio for rehearsals for a holiday season special he does with Chicago-area newscasters every year.

“I tell my kids [three sons, all young musicians themselves], they’re all grown now and figuring out their way, ‘Man, you got gypped.’ Because the availability of jobs out there for musicians has just vanished. I made a living — a good living — as a session musician and background singer. I would do anything musical. I’d produce people’s demos for 50 bucks. … I mean, there was just all this work to be done. And now there’s not.

“I don’t ever bitch about it from my standpoint. I’m super lucky; I get to go and ride on a catalog of hits that I got in under the wire. But a new singer/songwriter doing that, arguably, cannot make a living at it.”

His father was a successful commercial jingle writer in Chicago in the ’60s, and Marx’s earliest training was singing along to them at home. Getting it right — just right — was second nature for him, and still is.

“Y’know, I come from an old school,” Marx says. “I would work on a vocal, and keep working on it and punching in until it was right. I do use Auto-Tune when I work with other singers or other background singers, it’s sort of an industry standard, but I do everything I can, even on a pop record, to just keep punching in until I’m happy with it, rather than use the machine.”

Marx comes to town to play the Boulder Theater in a solo acoustic setting, performing some of the old stuff and newer, adult-contemporary songs that have been his stock in trade for the last decade or so.

“I was definitely blessed,” Marx says. “When we eventually put out a record that just didn’t connect, I had two roads I could choose from: One was, I could contort myself into something we all thought would get me back on the charts, which felt false from the get-go, or I could sit back and go, ‘I live in Chicago, I’ve had 10 years of hits, I’ve sold a shitload of records, I’ve had my turn, I’m going to stay home and raise my kids.’ I’m still going to make music and make records, but I’m not going to compete that way.

“And what happened was that people started reaching out to me, from all different genres of music. And I’ve been busier and more productive in the last stage of my career than the first, because I’m doing tons of music for a ton of different people.

“And I’m doing it because there’s nothing more fun. I love to scare the shit out of myself … like this heavy rock band Red I’ve done some work with. People were looking at me in the studio and going, ‘You know who he is, right?’”