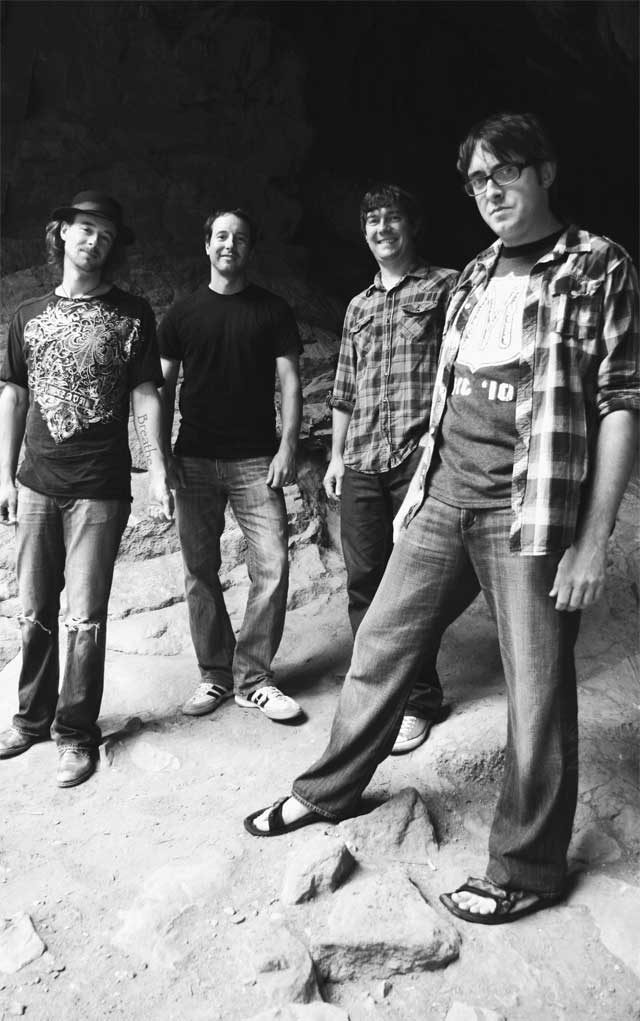 He was a whirlwind on stage. A larger-than-life mandolin dervish enticing huge audiences to join him on a wild ride, and a songwriter who evoked the Colorado mountains.

The music world and local community members were stunned when Austin died on June 24 in Seattle after being placed in a medically induced coma. He was 45.

We asked members of the local music community to share their memories and impressions of Austin.

“Jeff was a fine singer, player and writer, but his standout talent was connecting with his audience and gathering community. Seems like from day one of Yonder Mountain String Band, his ‘life of the party’ personality sought connection. He could read the crowd, invite them in and show them how bluegrass connected to metal and punk before pulling out whatever stops were left. It was a two-way street — the audience fed him and he fed them back, and the thing would just grow as the show went on.

“I helped YMSB with one of their recording projects, sitting on the other side of the glass as producer. The most representative track might have been when I joined the band for an old-time song, ‘Boatman.’ I think we’d finished all the other tracks. Jeff came forward and asked if they could take away the dividers that separated the players. He wanted them to be next to each other like they’d be on stage. He didn’t want to hem things in with too many instructions, so instead, we just let it fly. Fly it did — everybody was moving, dancing really, around a small set of mics in the middle of the room. Headphones must have been abandoned or we’d have tied each other up in knots.

“It was nearly impossible to mix the track, but it really worked in the special Jeff Austin way. He could and would break all the rules, and had a stubborn conviction about it. His artistic voice stressed the freedom to throw it all in the air and juggle as if your life depended on it.”

“Jeff was really a renaissance kind of guy. He loved cooking at home and eating. He was an orchid fanatic — I’m looking at two of them sitting here at my house. He had an encyclopedic knowledge of sports. Jeff was a great mind who loved the finer things. I think he struggled with his popularity. He loved being on stage but being Jeff Austin got to him sometimes.”

“Jeff had a great gift for being on stage. Apart from his talents as a singer and a musician, he seemed born to be there. He projected energy in a variety of ways — just the way he would hold himself as he played the mandolin, or the way he could blab out a lot of syllables at high speed. I asked him once how he got so good at that speed-syllable thing. He said he worked on it in acting classes in school. I thought, it figures that Jeff took acting classes. He had a lot of energy to channel. I guess he burned up in his own atmosphere. I had come to respect the upward drive he brought to the music. When I think ‘rest in peace,’ it especially applies in his case.”

“Jeff was a dear friend and we were kindred souls. Vince (Herman) and I were major influences on him so he was like family. We say that if Vince and I could have a musical child it would have been Jeff Austin. I sold him one of my F5 Nugget mandolins. You could tell he loved it and his playing got better after he started playing it. The reason I sold it to him was that I knew it would be a bright spot in his life. The last time I saw him was at a late-night jam at a West Virginia festival. We had a great time and he was really on that night. I admired what he brought to the jamgrass scene, the way he could entertain a big crowd.”

“Yonder Mountain String Band played at Telluride and in Lyons many times. It was pretty exciting because he and Yonder took bluegrass places it really hadn’t gone before. They had this amazing energy and a lot of it was Jeff as a frontman. I was so glad he came back to Rockygrass last year with his band and played great. I hope he realized how much people loved him. I am tired of us as an industry ignoring mental health issues, the private battles each of us fights.”

“I’ve learned a lot about group dynamics over the years. Jeff was a great player and one of those guys who sought to be in the spotlight alone. You could see it. It’s very difficult to keep bands together and there was always a lot of tension with Jeff. Leaving a hot band to go solo doesn’t work out for nine out of 10 artists.”

“Before Jeff moved to Urbana, he’d come down and visit with me since I was a student at the University of Illinois at the time. I lived in a place that we called the Monkey House; basically 10 kids living in a rental house having way too much fun. We’d have some pretty big parties, and along with the beer, nitrous tanks and other things, we’d try and provide entertainment. It could be a magician, flaming mop battles in the yard or crazy drum circles but usually it was Jeff and I playing Dead and Phish tunes for our friends… whenever Jeff would really dig deep into a Garcia tune or vocally improvise in the way that we’ve all come to know and love, the room was transfixed. Those were the times that showed me what a truly special and gifted performer he was, and held the glimmers of what he would create in his way too short time with us all.”