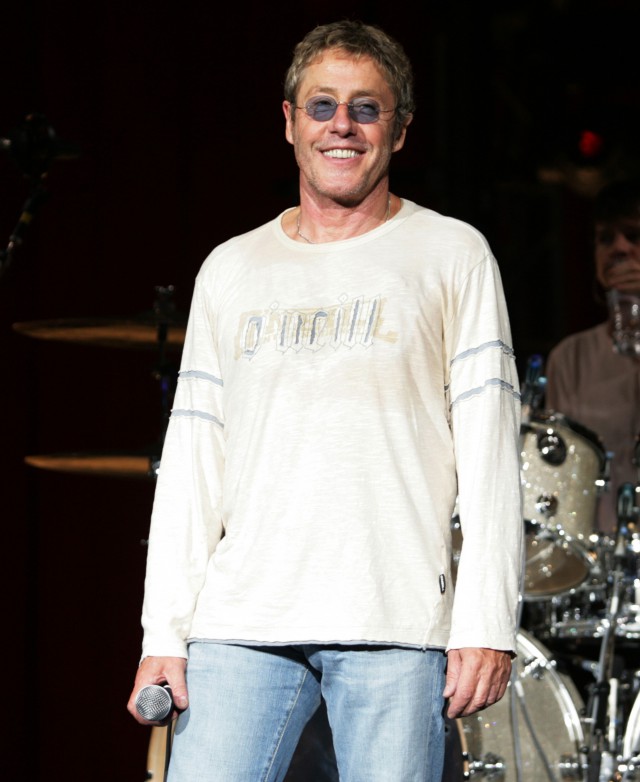 Guitarist Pete Townshend has revealed that he is working on a new production in the tradition of the Who’s Tommy and Quadrophenia that he calls Floss. The guitarist also told Rolling Stone magazine that the more conventional songs from Floss will be part of a new Who CD next year.

But if one wants to know more about the next Who album and how the music might sound, one person who doesn’t have any answers is Who singer Roger Daltrey.

“I don’t read any of that stuff. I don’t listen to it,” Daltrey says about the reports of renewed Who activity. “All I know is when he (Townshend) is ready, he’ll present me with a load of songs and I’ll go into the studio with them and give them back to him with a vocal on them and let’s see where we are.”

Although Daltrey, who was calling from England for the recent interview, didn’t want to speculate on new Who music, he is well aware that recording sessions are planned for next year.

And in fact, the main reason he was doing the interview was for a fall solo tour that has a lot to do with the Who’s pending activities.

“The Who are going to be in the studio next year, and I feel the need to get the pipes lubricated,” Daltrey says. “We haven’t worked since the end of April, so I really feel like it’s time to get out there.”

Daltrey said his shows could vary from night to night.

“There will be Who songs I want to re-approach that we haven’t done for a long while, and they will be different. I won’t do them like the Who does them,” he says. “I will be doing some solo stuff that I’ve never played live. I made an album in ’94 called Rocks In The Head. A lot of that stuff will work great live on stage. So I’m not sure what material, and I don’t know what’s going to be in the show and I won’t know until any particular night.”

This fall’s tour is a rare solo outing for Daltrey, whose last of seven solo albums was 1996’s McVicar.

By that time, the Who was beginning to show signs of renewed life.

The group had seen its career sidetracked by the 1978 death of drummer Keith Moon. The group sought to carry on, recruiting former Faces drummer Kenney Jones to join the remaining band members Daltrey, Townshend and bassist John Entwistle.

That lineup made two albums Face Dances and It’s Hard but never really clicked. It billed its 1982 tour as a farewell trek and for a time made good on that promise.

But in 1989 Townshend regrouped the Who, with Simon Phillips on drums, for a 25th anniversary tour.

But in 1996, the Who again returned to action, with Zak Starkey (son of Beatles drummer Ringo Starr) taking over on drums, and playing the Quadrophenia album front to back.

That lineup ended on June 27, 2002 one day before the Who was set to tour again when Entwistle died of a heart attack induced by cocaine use.

Bassist Pino Palladino who had built an enviable career as a studio musician and touring bassist stepped in and has been the Who’s bassist ever since.

To Daltrey, the current edition of the Who feels more like a true band than at any time since Moon was alive.

“With Zak, it feels much more like it did,” Daltrey says. “And even though John’s not there anymore, we’ve got Pino, and I can hear myself singing for the first time. So now it’s a dream. It’s much easier to do a performance now and to give a performance with more color than it ever was when John was on stage. That’s not to say I don’t miss John,” Daltrey says.

“[But] there were quite a few problems with John on stage in the latter years, because he was deaf.

“He was playing through vibrations, which used to give us some terrible, terrible volume problems.”

Needless to say no such issues existed when the Who toured in support of the under-appreciated 2006 CD, Endless Wire (the first new Who album since 1982’s “It’s Hard”). And Daltrey said the band plans to tour again in 2010 after finishing the next Who CD.

If Daltrey has his way, recording and touring with the Who will be a regular part of his life going forward.

“I’d like us to carry on as we are,” Daltrey says.