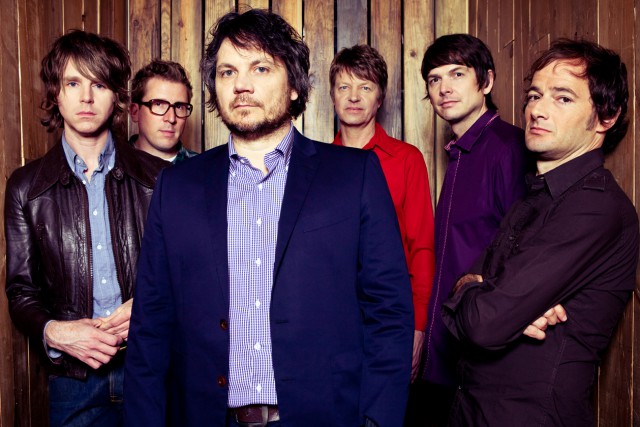 Wilco is a chameleon band. The group’s sound has changed dramatically in the 17 years since the release of its first L.P., A.M. Anchored by guitarist and songwriter Jeff Tweedy, Wilco bridges country, rock and alternative genres with grace and ease, and the once-obscure band is now one of the most successful and famous indie rock acts in the country.

No one seems to be able to pin Wilco down into a particular niche, including the National Academy of Recording Arts and Sciences, which has given Wilco Grammy nominations for best album in no fewer than four different categories: rock album (twice), Americana album, contemporary folk album and alternative music album. The band launched into indie rock stardom with the 2005 release of A Ghost Is Born, which netted Wilco its only Grammy wins, for Best Alternative Music Album and Best Recording Package. Since then, Wilco’s three subsequent full-length releases have charted extremely well, and each have been nominated for a Grammy.

The band, which originally formed from the remnants of Tweedy’s old alt-country rock group, Uncle Tupelo, went through a flurry of lineup changes at the beginning of its existence, but once multi-instrumentalist Pat Sansone and avant-garde guitarist Nels Cline joined in 2004, the lineup — which also includes bassist John Stirrat, drummer Glenn Kotche and keyboardist Mikael Jorgensen — gained stability. Gone is the country-rock riffing from Wilco’s early days, replaced with jazzy guitar noodling and the occasional noise-driven explosive transition.

Boulder Weekly called Tweedy and talked about the advantages of a stable lineup, how the band connects emotionally with new material, and what makes a good audience.

It’s interesting when you listen to these last three albums now that Nels Cline has joined the band. You guys have always had these very kind of experimental sections, these freak-out moments in your songs, and Nels kind of pushed those to the jazz side. How do you guys create those moments in the song when you are playing together?

I don’t know if I think of them as jazz, anymore than maybe free-form rock music that’s maybe inspired by jazz, originally. I look at it more of as “free jazz” or “free moments.” It’s really much more intuitive than any kind of genre specification. We are just trying to express ourselves, and make stuff happen that feels exciting musically, and hopefully has the potential to melt some faces or blow some minds, or whatever.

Whenever you make a new record, how do you judge it after the fact? Do you say, “Man, this is really good,” or, “Man, I wish we had more time to do this”? How did you feel about this record right after it came out?

I think I’ve always felt like we’ve made the best record. That’s the whole point. I don’t really go back much after that, and think where would it fall in the catalog, like people in your profession do, or maybe obsessive fans and stuff. I don’t think we’ve ever put out a record honestly that I didn’t feel at the end of it, “Wow, that is the best we could possibly do. That is the best record we’ve ever made. We certainly couldn’t have done this five years ago, because we wouldn’t have been able to do this and this and this.” And then, immediately after that, after it’s abandoned, and I have to say goodbye to it, I start to feel a sense of what I could do better. What we could do better, and what some of the things were, on the record, that were inspiring, and how that will lead to the next record.

So this lineup of Wilco has been around for the longest, longer than any other lineup. How does it feel to have that sort of stability with the group? How does it affect your guys’ songwriting and performance?

I think it’s really unique; I’ve never really had it before. I guess Uncle Tupelo was together the longest, other than this lineup of the band. It’s pretty amazing to achieve these new levels of musical communication. It just saves a lot of time in the studio for the most part, that’s one of the concrete things I can say. Other than that, it’s a lot of stuff that I don’t know if I can explain. It’s just things that can’t be replaced with anything. It’s experience. And you can’t really make it happen, you have to actually have it — you have to have all those shows under your belt, and all of that music played over a period of time. It just doesn’t seem like it takes as long to communicate an idea in the studio, and sometimes it takes no time at all. It’s just kind of there and available to everyone.

Which songs from the new album do you like to play the most live? Do you find you’re leaning towards one, or looking forward to playing one every night?

No, to be honest, all of them I’m looking forward to, because they are, by definition, the freshest songs in the catalog right now.

Yeah, I mean, it’s impossible to play a song over many, many years every night and always be able to stay engaged with it emotionally. It’s just not gonna happen. I mean, on a really good night, you can feel things and come at it from a different angle, and that’s what we work really hard to be able to do. But you don’t have to try at all with the new songs. That’s, I guess, what I’m getting at.

When you record the songs, they are still fresh and kind of in that creative stage where you’re figuring everything out. When you perform them live, do they change character at all?

Well, almost inevitably they get better. Which is always one of the ways that you go back and think that you could have done better on the record, and then you start feeling more excited about the next record you’re going to make. Almost invariably you feel like they get better and they get more powerful. I don’t know. You just don’t have an audience in the studio. That’s one of the things I’ve had to learn, you can’t try and replace that energy with anything. It’s just a different thing. There is a real collaboration with a good audience that enhances a performance.

What makes a good audience?

I think just an audience that’s along for the ride, and is open as you are hopefully, to what’s gonna happen — whatever happens — a good audience is able to kind of be rapt and invested emotionally in the quiet parts and the loud parts. Sometimes you have audiences that are good at one or the other.

A great audience is good at both.

How do you feel you’ve evolved as a songwriter throughout your career, and where do you see yourself going from here?

I don’t know if it’s really necessary or helpful for me to think about where I’m going. I’m just more confident at this point in my life that songwriting is something that comes very naturally, and is just part of who I am.

To be honest, I’m more concerned with living my life than writing about my life. I feel like that’s really the main thing I know now that I didn’t know when I was younger — and that is that you have to have a life to write about one. If you’re more worried about having experiences so you can write about them, I think you’re kinda being ridiculous, and I think a lot of young people look at it like that.

I just want to have a lot of experiences, and I don’t give a shit if I write about them or not.

This article has been corrected to reflect that the album A.M. is an L.P., not an E.P.