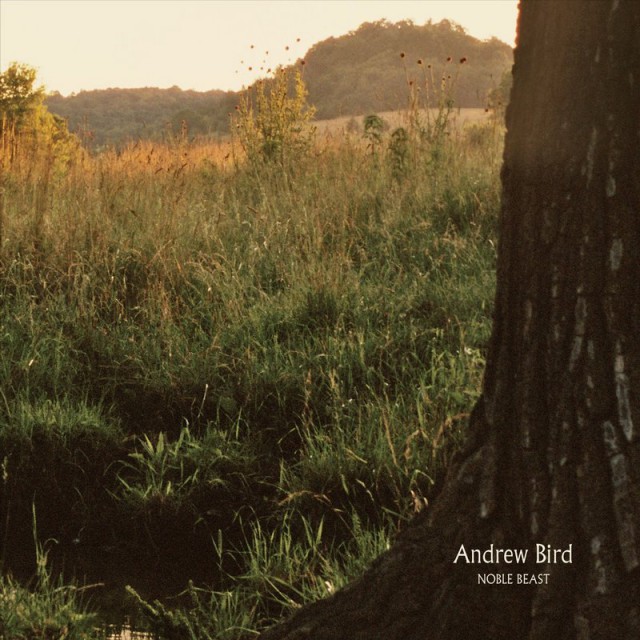 A serviceable definition I recently came across for the word “best” was “of the most excellent, effective, or desirable type or quality.” As a journalist, the job regularly includes the hopefully tasteful, relevant use of superlatives, but incorporating the word “best” into writing about art will always seem at least partly phony. In particular, creating a year-end “Best Albums” list is theoretically impossible unless your dependable scribe has scoured the Earth to not only find but competently listen to every album released over the past 12 months, and it has been reported that 105,000 albums were released last year in the United States alone. Even then, to pen and publish a “Best Albums of the Year” list, it seems a writer must believe that he or she possesses taste so good and true that it denotes the capability to tell the world which excellent sounds they should effectively desire.

Me? I’m just a hopeless music lover who gets a kick out of turning people on to the music that finds its way inside my bones and stays. Plus, the end of this year is special, as it signifies the end of arguably the second-most (to use another superlative) interesting decade of rock music ever, behind only the 1960s. So here’s my list of favorites — one for each of the past 10 years — that might’ve moved you too. Check them out, and feel free to e-mail us your own opinions.

2000: PJ Harvey Stories From The City, Stories From The Sea — “I just feel like it’s the end of the world,” English singer-songwriter and riot-goddess PJ Harvey sang on “Big Exit,” the blistering first track from her diversely breathtaking fifth album. Dynamic professions of bold love — from “I’m immortal when I’m with you” to “with you I wait to be born again” — are delivered via Harvey’s emotive vocals, which recall Patti Smith, Nick Cave and even legendary blues queens like Mahalia Jackson. Harvey called Stories “my beautiful, sumptuous, lovely piece of work” in 2001, and part of the album’s breakout success was due to a streamlining of her more explosive previous work, but this captivating record’s elegant aggression made it soar.

2001: Radiohead Amnesiac — Many people will surely slam me for not including Dr. Dre’s comeback success (Chronic) 2001 anywhere in this list, but then they’ll inevitably take a moment to look up from their bongs and realize 2001 was actually released in 1999. Radiohead’s psychedelic electro-rock classic Amnesiac, however, was released to widespread acclaim in the summer of 2001, debuting on the U.S. charts at #2. Recorded at the same time as their more abstract 2000 collection Kid A but released eight months later, Amnesiac began with tentative techno swirls and hostile lyrics — “get off my case … you’re looking in the wrong place” — probably aimed at fans and critics expecting the arena-rock follow up to OK Computer that was eventually delivered by Coldplay. Instead, Amnesiac listeners swam with black-eyed angels, shoved mice in their mouths, and enjoyed 11 weirdly beautiful songs that juxtaposed technological creativity with lyrically daring and comfortably numb garage-rock.

2002: The Flaming Lips Yoshimi Battles the Pink Robots — World peace might literally be attained if one of the Flaming Lips’ climactic concerts — such as our ecstatic evening with them at Red Rocks earlier this year — took place at a major political
summit, but the band’s symphonic affirmations of love and life actually
make the most sense on headphones. If you spent the ’00s on another
planet, slept through them, or were simply too busy to discover new
music, it’d be tough to find a track that’d better sum up the audio glory of the past 10 years than “Do You Realize??” from the Flaming Lips’ 10th LP. Partly a fantastical concept album about a robot-fighting Japanese woman, Yoshimi finally made these Oklahoma oddballs a worldwide sensation, and “Do You Realize??” is a psychedelic koan that will be intriguing Earthlings (and maybe others) for a long time.

Honorable mention: Broken Social Scene You Forgot It In People

2003: Yeah Yeah Yeahs Fever to Tell — The label that gave us Nine Inch Nails and Marilyn Manson in the ’90s went on to expose the masses to the Yeah Yeah Yeahs, a volatile New York City art-rock trio who exploded into the mainstream with Fever to Tell in 2003. “Maps,” propulsive singer Karen O’s romantic plea to her rock-star lover to stay home, became an MTV hit; however, the real story here was that raucous alt-punk tracks like “Black Tongue” and “Rich” strikingly turned up-front sexuality upside down, finally giving the music world a female Iggy Pop.

2004: Arcade Fire Funeral — Who could forget this Montreal-based collective’s hauntingly uplifting debut, which ranks among the most impressive debut albums of all time? Funeral, inspired somewhat by the passing of several band members’ relatives, is both solemn elegy and a heartrending celebration. Famously veered
towards stardom by perhaps the most positive Pitchfork review ever
written, Arcade Fire’s youthful army of multi-talented musicians came
storming out of the gate with Funeral’s thoughtfully anthemic
choruses, which frequently transitioned from lines about the death of
childhood to stunning wordless chants. NME made Funeral their No. 2 album of the 2000s, but it’s my No. 1.

2005: Spoon Gimme Fiction — Texas gave us numerous great
bands in the last decade, from The Black Angels to Midlake to
Explosions in the Sky, but none of those bands have given us a truly
great pure rock album that stays fresh from start to finish with every
listen like Gimme Fiction, Spoon’s fifth album. You might remember the head-bopping poise of “I Turn My Camera On” from a Simpsons episode, or the thumping wisdom of “My Mathematical Mind” from the (great) movie Stranger Than Fiction, but Gimme Fiction is best appreciated as one seriously cool piece of melodically and lyrically thematic smart-rock.

2006: Midlake The Trials of Van Occupanther — Midlake’s first long-play, 2004’s Bamnan and Silvercork, revealed
what Midlake basically were at the time: a bunch of music majors
transferring their stilted classical and pop talents to transparent
attempts at mimicking Radiohead and the Flaming Lips. On their next
album, however, Midlake utilized the early 70s production of records by
artists like Fleetwood Mac and Neil Young to lushly support a
collection of songs about a rural scientist presumably born in 1891.
The result was unforgettably beautiful, from the band’s intricate use
of many-part harmonies, finger-picking and violins to mesmerizing
lyrics about log cabins and deer. How these boys from Denton, Texas,
will follow up an accomplishment like Van Occupanther, we’re still waiting to hear.

2007: Animal Collective Strawberry Jam — Baltimore-, NYC-
and Lisbonbased freak-poppers Animal Collective reportedly recorded
some of their seventh album under the influence of Salvia Divinorum, an
over-the-counter psychedelic. Whatever effect that drug had, at least
musically, seems to have actually helped focus the band’s stereotypically gorgeous fragments of deranged harmonies and melodious noise. Strawberry Jam (sort of an Aoxomoxoa for
the 00s) finally succeeded in juxtaposing Animal Collective’s
brilliantly weird lyrics (i.e. “it was the clouds that carved the
mountains/it was the mountains that made the kids scream”) and mad
musical experiments with more accessible pop arrangements.

2008: Fleet Foxes Fleet Foxes — At this point it’s pretty
tough to say anything original about the truly breathtaking beauty that
still is the Fleet Foxes’ picturesque debut LP, which quickly underwent
a metamorphosis from underground revelation to Starbucks ubiquity. If
you haven’t yet, try listening to the woodsy charm of “Sun It Rises”
and “Tiger Mountain Peasant Song” while hiking through the Flatirons at
dawn; don’t forget on your harmony-enhanced walk that socially anxious
front-kid Robin Pecknold was only 21 when Fleet Foxes was recorded, though his voice was already timeless. Like the bulk of Midlake’s own masterpiece Van Occupanther, these organically stoic tunes about forests and ghosts could’ve found a similarly receptive audience in 1808.

Honorable mention: Jolie Holland The Living and the Dead

2009: Andrew Bird Noble Beast/ Useless Creatures — Even for
an allaround virtuoso like Andrew Bird, a master-whistler and
phenomenal violinist whose lyrics mystify as deftly as they engage the
intellect, Noble Beast was an astonishing artistic success.
Songs like “Oh No” and “Nomenclature” made the standard edition of this
album a linguistic and musical showcase for Bird’s idiosyncratic
genius, tempering playful pop-rock and wordplay like “from inside me
grows a man who speaks with perfect diction as he orders my eviction”
with stunning bursts of world-class violin. Useless Creatures, a
bonus disc of skillful and imaginative instrumentals, could be the
album of the year on its own. If you’re game, curl up with “Carrion
Suite” on a snowy afternoon and forget your troubles.