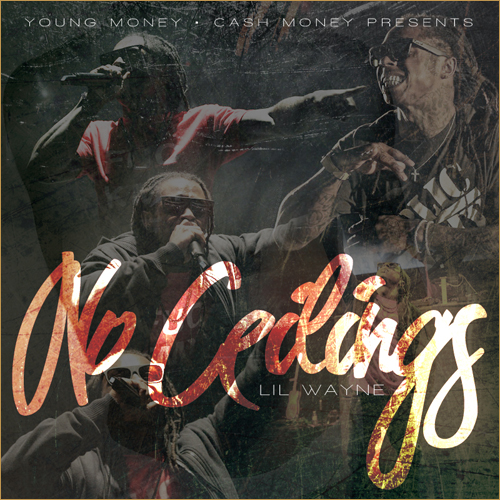 This year’s crop of free mixtapes drove home a point that grows more clearly true each year: the traditional record-company-as-gatekeeper-and-tastemaker model is, and always was, inadequate. A few hip-hop artists — Raekwon, UGK and others — dropped worthwhile major label albums in 2009, but hip-hop’s true current is carried forward on the hundreds of blogs that drop mixtapes, tracks and videos every day. What started as a trickle of freeness years ago has grown into a torrent, pun intended. While the unsigned-and-online business model is still an unsolved mystery — those labels are shady, but the money ain’t bad — the worthiness of much of the free content outdoes the stuff in stores. Many artists with label backing do their best work in the unregulated online market. That said, you should support good artists financially when you can. Most of these people are much less rich than you’ve been led to believe.

Below are my preferences for the top five free hiphop mixtapes of 2009. They should still be available on sites such as datpiff.com or 2dopeboyz.com. A note to readers: I didn’t pick Drake’s So Far Gone because I don’t think it’s especially great. Sorry. 50 Cent was omitted because his music is terrible.

5) Donnis, Diary Of An ATL Brave — Lil Wayne’s tapes have illustrated the Darwinian beauty of the online market, where laws don’t apply. Atlanta newcomer Donnis recently released a nasty specimen of the other kind of mixtape: the complete album no label has been smart enough to release. ATL Brave is a fully formed work of atomic southern bounce, complete with a cameo from the beloved Bun B. Donnis ain’t Big Boi (of Outkast), but he brings a charismatic drawl to tracks that would have been pop radio-ready if a label had moved in time.

4) Melanie Fiona, Melanie Fiona Meets the Illadelphonics — Before Canadian songstress Melanie Fiona dropped her enthusiastically reviewed debut album, The Bridge, this fall, she teamed with a live band and Roots overlord ?uestlove on a disc of remixes and covers. She covers a stripped version of Sam Cooke’s immortal “Cupid” with virtuoso soul and warmth. She rips through torch songs and reggae with equal competence, backed by ?uestlove’s chugging funk drums. Download it and you may end up buying her album.

3) Lupe Fiasco, Enemy of the State — The Chicago MC packed away the profundities and story songs, for once, and went for heads on this brief, potent gift to fans. Over tastefully jacked beats, Lupe serves notice that, in addition to his talent for making coherent thematic hip-hop, he brings punch lines better than anyone who is not Lil Wayne. Sample: “If you ain’t million-dollar dreamin’ then we opposites/in high school I was voted the most Ted DiBiase-est.”

2) Freddie Gibbs, Mi dwestgangstaboxframecadillacmuzik and The Miseducation of Freddie Gibbs — Two musicians from Gary, Ind., surprised the hell out of the world this year. The first was Michael Jackson. Freddie Gibbs, whose mother lives about a mile from the former Jackson homestead, offered a more pleasant shock than MJ, issuing two scorching mixtapes featuring the Interscope dropout’s hurdling Midwestern speed rapgrowl laid over thumping Southern bounce and languid West Coast funk. His notoriety surged in 2009, aided chiefly by a laudatory write-up in The New Yorker, making Gibbs the first Gary, Ind., MC to travel John Updike’s turf. Both tapes feature unadulterated throwback gangster rap, almost all of it antisocial and sexually aggressive. Gibbs spits cool, competent rhymes at a galloping cadence, asserting himself between the bass hits of the beats. Check “G.I. Pride” for a manifesto and cursory history of the neglect visited upon his hometown. See “Bussdown” for his embarrassingly explicit — and totally awesome — version of a club banger. Lest you doubt his lyrical ferocity, listen to Gibbs abuse the Big L jam “Flamboyant.” In these two mixtapes, Gibbs put out two of the best hip-hop albums of the year. We miss you, MJ. Freddie Gibbs, we’re glad you’re here.

1) Lil Wayne, No Ceilings — Lil Wayne is, indeed, the best rapper alive, and this year, praise God, he released a mixtape that involves lots of rapping. After experimenting with his less-developed skills — guitarnoodling, singing, crew-mentoring, getting arrested — Weezy this year recorded a killer mixtape that returns to his true gift: stealing other rappers’ beats and using them to make better songs. Before Weezy turned the world on with The Carter III, he changed the rap game with the greatest mixtape of all time, Da Drought 3. The formula works again on No Ceilings, as Weezy spits his beautiful, nonsensical, lyrical collages about Martians and glocks and oral sex and pro football over teenybopper hits and Jay-Z rip-offs. To hear him on other rappers’ beats is to remember how much more inventive and clever he is than everybody else alive right now.