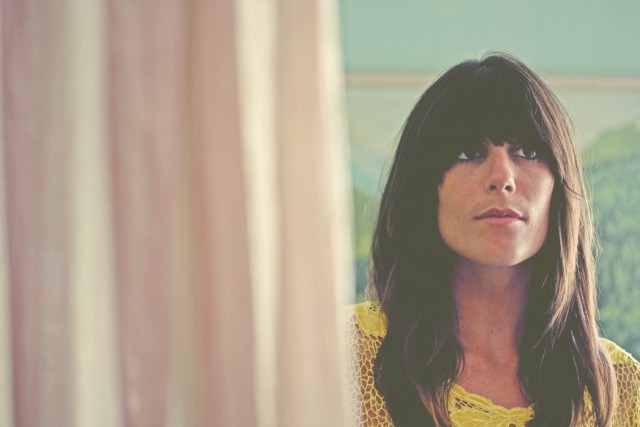 Nicki Bluhm has a lot going for her. Her country-rock vocals recall the rootsy strut of Linda Ronstadt, while sweet and smooth like a crÃ¨me brÃ»lÃ©e. Her guitarist/husband Tim Bluhm is leader of longtime Bay Area indie-folk icons The Mother Hips, providing a built-in audience. And they sound surprisingly good performing in a passenger van.

That’s evident on their cover of Hall and Oates’ “I Can’t Go For That,” which features Nicki Bluhm offering a mean kazoo solo. Released in March, it’s their 17th such “Van Session” video and it blew up quicker than an Italian sports car. To date it’s received more than 1.5 million views and the kind of viral validation you just can’t buy.

“Apparently John Oates saw it and started spreading it around his social network and other people started picking it up,” Bluhm recalls, fresh from a sold-out show at New York’s Mercury Lounge. “We were all keeping track of stuff and sharing when Bette Midler tweeted it. Then Wil Wheaton and Cameron Crowe. We were a little pod of excitement sharing amongst the band. It was definitely a fun time.”

It’s just another element in a storm of attention beginning to swirl around Bluhm and her band the Gramblers since her decision last year to really go for it with the release of their second album, Driftwood. Bluhm had been a grade school teacher who also worked with horses. She caught her husband’s ear performing an impromptu blues song at a New Year’s party and he encouraged her to write music. He’d later offer to produce her 2008 debut, Toby’s Song.

“I grew up listening to the Hips and all my boyfriends had loved the band, so I started going to shows as a teenager. He was definitely one of my favorite songwriters of all time and always has been,” she says. “I trust his opinion and he’s made some really amazing records. So if he wanted to help me make a record, I was really flattered and honored.”

Shortly after the album’s release they were married, but it was still a couple years before Bluhm committed to really chasing this, a strange plunge for a 30-year-old woman to make. But she had plenty of encouragement.

“I had the support of my parents, which was huge,” she says. “And Tim really believes in me, and that helps a lot too.”

As if that weren’t enough, she’s also recruited guitarist Deren Ney, a childhood friend since first grade. Together they mine a ’70s AM radio glow, blending the golden country strains of Ronstadt’s one-time backing band, The Eagles; the sun-kissed jangle of the Bay Area’s folk-psych legacy; and Muscle Shoals soul. The playing is sharp and everyone contributes to the songwriting, though center stage frequently belongs to Bluhm’s simmering croon and its torchy swoon.

They’ve kept busy. Aside from stepped up touring, and a remastered re-release of Driftwood this summer, Tim and Nicki unite on a new eight-song collection, Duets, and The Gramblers have also recorded a follow-up album. It comes out early next year, and Bluhm can’t wait.

“We kind of do a little bit of everything,” she says. “There are four songwriters in the band, so we definitely have a diverse collection of songs. I’m really proud of it. Really excited to have it come out. We’re actually playing some of the songs live. We just can’t help ourselves.”

One of the new tracks that has found its way into the set is “A Little Too Late (To Die Young),” a greasy rocker with a jammy Black Crowes feel. You can find it on YouTube already. Another even newer one to watch for that hasn’t made it online is “Chill I’m Blue,” which Tim wrote with steel-string guitarist Scott Law (Tony Furtado, The String Cheese Incident).

It’s perhaps a strange vocational change to make at 30, but when you get to see the world with your lifelong best friend and your husband, who can complain? Unlike most clueless 20-somethings who fall backassward into music, Bluhm had a plan.

“It really is business. There’s so much to it other than the music. Watching Tim I saw the structure in it, so it wasn’t just like one day, ‘Let’s make rock music.’ It was very organized,” she says.

It was a change she’d definitely make again.

“They’re all my best friends; I love everyone in my band so much. We’re like a family. We’re really lucky that our chemistry is so good … and I feel like I’m constantly growing and becoming a better performer.”