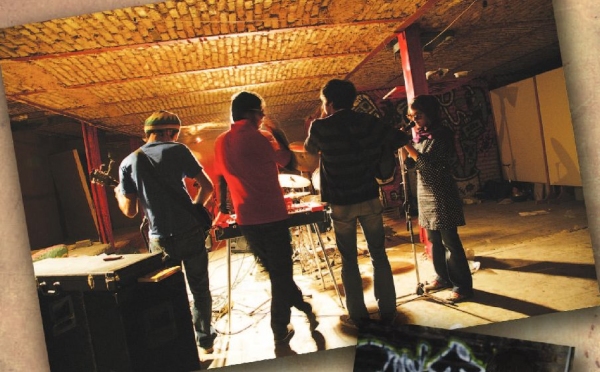 Land of the free, sure, but every once in a great while, there will be a story in local and national media that details an American artist’s struggle against censorship. If an artist is in fact fined or jailed, the general response of many Americans is pure outrage coupled with frequent references to the First Amendment. From the arrest of Larry Flynt in 1976 (and his subsequent trial, resulting in six days in jail) to Janet Jackson’s infamous “wardrobe malfunction” in 2008 that resulted in a $550,000 fine from the Federal Communications Commission, American citizens have their fair share of struggles on the slippery slope of censorship.

But our fights pale in comparison to those in other countries. In Iran (and other similarly oppressive countries), a musician can be arrested and detained for simply playing music in a style not approved by the government. No One Knows About Persian Cats, a film directed by Bahman Ghobadi (A Time For Drunken Horses, Turtles Can Fly) debuting in Colorado at Chez Artiste in Denver on May 14, tells the true story of the underground indie rock music scene in Tehran; from hushed practice sessions to eventual incarceration, the musicians profiled in this film provide a glimpse into the lives of young Iranian artists and ad hoc activists in one of the most notoriously censored countries in modern times.

Few Westerners know or understand the depth or breadth of Iran’s governmental censorship program, and with good reason. Reporters Without Borders ranks Iran’s media and information dissemination (or lack thereof) a
“one,” the lowest on their five-point scale. Not only is the Iranian
government controlling what information their citizens can access (such
as books and websites), but also restricts what is allowed out of the
country through various media channels. The Ministry of Culture and
Islamic Guidance is responsible for censoring all media that is
remotely capable of reaching even the smallest audience. Subject matter
that is considered unlawful ranges from any criticism of the current
political structure to religious reformists. Additionally, Iran also
has a sordid history of not only banning women from attending public
entertainment events without a male escort but also banning and jailing
female performers (solo female singers have been banned from performing
since 1979).

One of the most remarkable things about Persian Cats is
that it was even made. Everyone who was involved in both the real-life
events that inspired this film as well as the actual production of it
had a lot to lose, and the result is hard to characterize — part
fictionalized reenactment, part drama, part documentary.

The
film follows a young Iranian singer, Negar, and her boyfriend, Ashkan
(both from the band Take it Easy Hospital), as their attempts to form
an indie rock band (after being released from prison) force them to run
from authorities. Both actors are playing themselves. While the film
reminds us that they did, in fact, escape and live to tell the tale,
they have lived in exile in London since the film’s release.

Ashkan
tells of the hurried 17 days that they shot the film (in 2008) as well
as the fake permits director Ghobadi used to secure equipment and crew
for production. At the end of shooting, Ashkan and Negar left for
Manchester for what they thought would be a short trip for a film
festival, as well as to perform a few shows, but have remained in
England ever since due to the fear of what possible consequences they
may suffer as a result of making this film.

“There
was no time to think,” says Ashkan of the speed and frenzy in which the
movie was shot. “You had to do the movie and leave.”

Negar spent 21 days in prison after he and other band members were arrested during a self-produced show in 2007.

Negar
and Ashkan say that none of their music or lyrics were political, but
the fact that they wanted to play non-traditional music (i.e. rock) was
enough to condemn them.

Ashkan laments how making music inserts him and others into a political and ideological debate.

Since the
film’s release (available through the Independent Film Channel and
opening nationwide throughout the coming months) in 2009, critics and
audiences are lauding this production as both raw and refined. Persian Cats received
the Un Certain Regard Special Jury Prize at the Cannes Film Festival in
2009 and was an accepted submission to the South by Southwest music
festival for its soundtrack. Several other artists (most notably The
Yellow Dogs, The Free Keys and Hich Kas) are featured on the soundtrack
(through Milan Records), which has become a bestseller in Europe. The
Yellow Dogs are also a featured band in the film (one scene actually
took place during an actual rehearsal in their practice space on a roof
in Tehran) and have had their own fair share of experiences that mirror
Negar and Ashkan’s. While they were never arrested, they were
constantly evading police and spoke of their friends who weren’t as
fortunate.

“We
were really active in the underground scene and one of the only bands
in Iran who had underground concerts, but we always kept everything
secret,” Obaash, the lead singer of The Yellow Dogs, told Boulder
Weekly. “[The police] arrested some of our friends during a concert in
the suburbs in Tehran and sent them to jail for 20 days. What was the
crime, worshipping Satan?” The Yellow Dogs have followed suit and since
the film have moved to New York City, where they can play their music
without the threat of imprisonment, or worse.

As for the greater impact of the film, Obaash believes this is just the beginning.

“[This
film] brought more attention to the underground music scene and it will
influence the younger generations of Iranian musicians. There will be
more courage for doing what they love to do,” says Obaash of the
potential influence Persian Cats has on the younger demographic
of Iranians. “Right now in Iran there is a renaissance in art, politics
and people’s minds. I can see a bright future for Iran. The only thing
we need is time.”