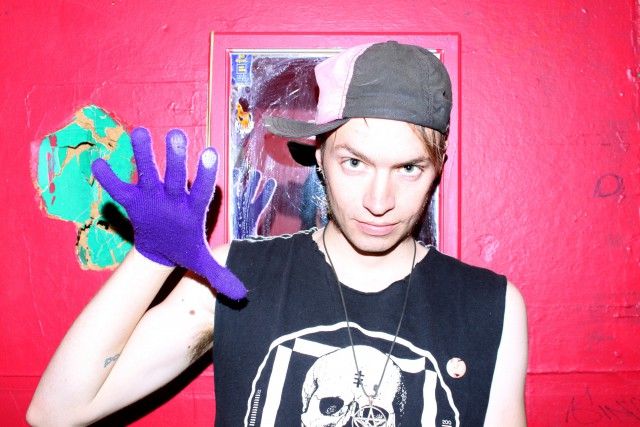 What do you get when you have a downtown warehouse with little city enforcement and a group of tenants whose primary addiction is art? You get Rhinoceropolis, a Denver D.I.Y. art establishment and anarchist commune that has been the city’s most fertile breeding ground for new art projects. And with Rhinoceropolis you get Pictureplane, aka Denver-based performer Travis Egedy, who has been a longtime tenant and co-curator for all things underground.

“I can’t imagine Denver without Rhinoceropolis,” Egedy says. “It would be a different place, with all the things that happened and relationships that formed here. It’s really positive for the community.”

Originally a visual artist, Egedy became a resident DJ of sorts, helping to book performers in Rhinoceropolis and beyond, and filling in where he could. Now he’s landed a spot opening for Crystal Castles on New Year’s Eve at the Boulder Theater, a connection he made after developing his brand of electronic music over four years of living at the art space.

“My room is pretty small, but the space itself is an art paradise,” Egedy told Boulder Weekly. “There’s art hanging off of every surface, lots of piled weird junk everywhere, lots of music equipment, some chill spaces … and yes, a backyard with a beautiful junkyard view.”

This was the setting for the creation of “witch house,” a genre of electronic music that made some of the biggest waves in the indie world in 2010. Egedy explains that people misuse the original meaning: Last year, he half-jokingly came up with witch house as a genre to describe the music he and his friends created. To him, the music was like a cult based around dance music, “like a magical house music,” as he puts it.

Within the last six months, witch house has been recontextualized to describe slowed-down goth lo-fi, a sort of shoegazer’s version of chopped-and-screwed.

But the original intention was dance music, and Pictureplane’s heady and heartfelt interpretation is currently doing it best.

“I’m really interested in contemporary dance music. I’m a pretty big nerd about it,” Egedy says. “I follow EDM [electronic dance music] pretty religiously, but there’s not a dancing purpose for Pictureplane. I don’t make it to be club-ready. I’m always in this weird gray area of making electronic music that’s not fully dance music, but it’s not indie rock, either.”

Without any visual cues, you would never know Pictureplane had any curiosity about blood rituals and demonic chants. The music itself is an uplifting, energizing sound that conjures the wonderment of youth within fuzzed-out memories of summer vacation — definitely not ghostly possession or evil malintent.

“Cult-based music doesn’t have to sound negative,” Egedy counters. “I’m just sort of interested in magic and affecting the world in a magical way. Even though the music is positive, there is a dark aspect to it, even though I always end up making happy kind of stuff.”

Underlying dark elements will especially shape Pictureplane’s newest album, which is tentatively due for release this spring.

“Dark is a relative term. I just like to have it more like a poetic, post-goth approach, y’know, a classy darkness to it, a noir aspect to it,” Egedy says. “Dark music is always sexier than shiny-happy pop songs. All the new stuff is a lot darker, and conceptually is about physicality and sexuality and gender dynamics within people and physical touch and sensations.”

What likely won’t change is Egedy’s ability to create music that inspires all kinds of dancing, whether it’s getting down to straight house beats or swerving in circles with your arms around your friends. Egedy also isn’t afraid to be a part of the crowd during a performance, occasionally setting up his collection of samplers and mixers right in the center of the audience pit, forcing the crowd into a circle around him. It all adds to the effect of Pictureplane being beyond manufactured club music: The inspiration is to feel feelings, not to buy more drinks.

With plenty of new bands gaining relevance by aligning as quickly as possible with a new, buzzworthy genre, this independent approach to sound will likely be Pictureplane’s strongest asset within the indie music scene.

Bandwagon genres are the opposite of relevance, where artists fizzle out exactly in time with that genre, as if their contract with Satan for 15 famous minutes has expired.

“The goal of what I’m doing with Pictureplane is sort of to affect people’s worlds, to change things and push things forward — to make people understand that anything is possible. I know it sounds really pretentious, not a lot of people talk like that, but I want it to be that big. Change is on a relative scale, so if I only affect one person’s life, that’s great.”