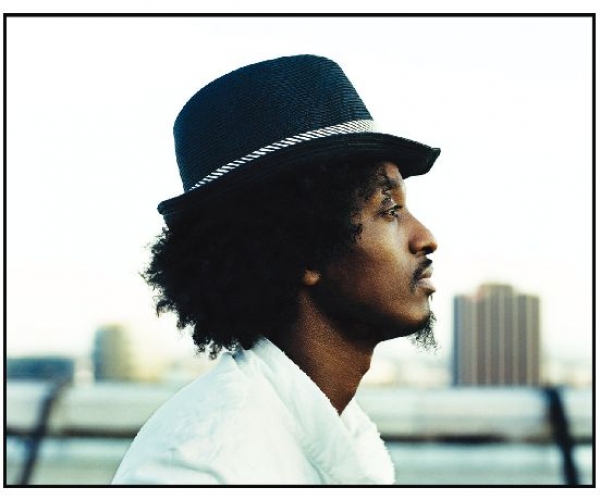 Somali-Canadian rapper K’naan just had one of the best summers of his career. Earlier in the year his song “Waving Flag” from his sophomore album The Troubadour was adopted by Canadian producer Bob Ezrin and the Young Artists for Haiti to raise funds for earthquake relief efforts in Haiti. But the song really took off when it became the anthem for this summer’s 2010 World Cup in South Africa when Coca-Cola, a major sponsor for the tournament, used it in its World Cup-related campaigns.

“It’s been amazing,” says K’naan, 32, whose birth name is Keinan Abdi Warsame. “It was a pretty remarkable experience. I can’t even explain it. The song went to No. 1 in 19 countries. That’s pretty remarkable in itself, but you know, it’s like my music is being sung in Korea to Brazil. That kind of exposure is pretty hard to get.”

The song is a touching ode to his early life living in Mogadishu, backed by a hip-hop beat and African rhythms. The original song, however, was a bit too “real” for the folks at Coca-Cola, so K’naan rewrote it to make it more of a national pride anthem for fans of the teams participating in the tournament. The original, though, spoke about poverty and violence rampant in K’naan’s homeland during his youth and to this day, which inspires a lot of his music.

He frequently shares the childhood story of how he, a cousin and a friend found a live grenade buried near their local school. Not really knowing what a grenade was at the time, the kids were playing with it, tossing it back and forth when one of them accidentally pulled the pin. They let it go just before it exploded, but it destroyed their school. Luckily, none of them were injured, and the school was empty. He was 11.

“I went back to Somalia in December,” he says.

“It’s the first time I’ve been back since I left when I was 13. It was a pretty moving experience. But it’s not a country that’s in a position, especially Mogadishu, to be visited like normal. I try to lend where I could, but it’s a lot more dire than just refugee problems. That’s one of them, but it’s everything. It’s a country that has completely fallen apart. So where do you start? There’s the violence. It’s one of most violent places in the world. It’s a very daunting thing, but that’s why music is a little bit helpful; it can kind of make things that are that grand a little bit more simple and bring a little bit more healing.”

K’naan released his debut album, The Dusty Foot Philosopher, in 2005, and it received praise for its amalgamation of hip-hop and African tribal sounds along with introspective lyrics that he says are inspired by everything from The Beatles to Tupac. His follow-up, The Troubadour, dropped
in early 2009 and followed the same themes and saw him collaborating
with a wide variety of artists, like hip-hop legend Chubb Rock,
Metallica guitarist Kirk Hammett, Damian Marley and Maroon 5 singer Adam
Levine. Fans are anticipating his next release.

“I won’t say I’ve started working on a new album, but I’ve been working on songs,” he says. “And they might be songs that may end up on the next album. I think that after the U.S. tour, I’m gonna get in the studio and focus on music. A lot has changed in my life, and if you can tell from Dusty Foot and Troubadour, I’m not an artist that shies away from talking about real issues that concern my life. There’s been a lot of travel and success and all of its perils. Success, to a degree, we always see from the bright side, but you know it has its dark side.”

In the interim, K’naan is preparing for his very first headlining tour in the United States. He has toured the states with Marley, Jason Mraz and Lenny Kravitz, but now he has the opportunity to spread his wings a bit. Working with a full-fledged band, K’naan says that the show is very energetic and a sight to see.

“Expect an experience, man. I’m not just saying that,” he says. “The show is as honest as possible. We make song lists — we don’t make set lists — in that we might put up a list of songs just so we could remember. But I’d be on stage and honestly go with wherever the show might take us. Some shows may end up being an hour and others may end up being two hours. Like we just don’t know what will happen. And that’s what I love about music; it’s the experience of it.”