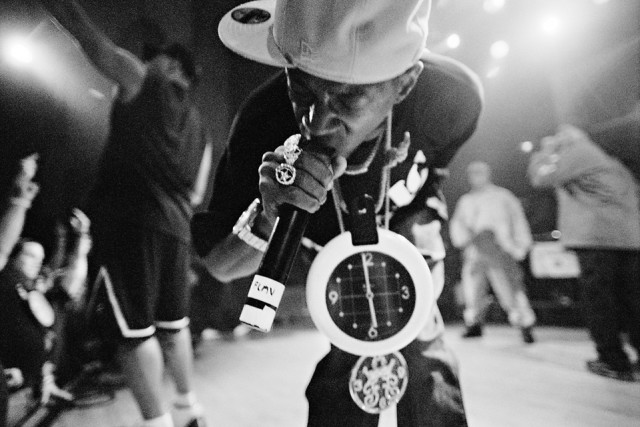 Lisa Siciliano didn’t set out to be a rock and roll photographer. In fact, after she graduated college in 1991 and moved to Boulder, she didn’t really set out to be anything.

“I was waitressing at the Fox [Theatre] and I had no direction whatsoever in my life,” she says.

Then two threads in her life combined: Her husband was in a band that needed photos and her neighbor was selling a camera.

“So I bought the camera and brought it to the Fox one night, and took a few shots,” she says. “And I was like, ‘That was kind of cool.’”

It got cooler when her mother-in-law, an East Coast music journalist, asked Siciliano to fill in for another photographer shooting a Crosby, Stills, Nash and Young concert, and after that, shooting Metallica at Mile High Stadium.

“I took this great Metallica shot that came out amazing, and I sent it to the guy at Red Rocks,” she says. “He called me down and didn’t know that I didn’t have a whole portfolio to support it. I showed him a few things from the Fox and he said, ‘OK, sign these papers.’”

And just like that, Siciliano ended up as the in-house photographer for Red Rocks for the next eight years, photographing the best  of the best and learning on the job as quickly as she could.

Many of the photos from her time at Red Rocks, as well as shots taken at other local venues, are on display this month at George’s Food and Drink (attached to the Boulder Theater) for the ninth annual Rockin’ in a Winter Wonderland rock and roll photography show.

“It started out as seconds, things that had little marks on them, things that I couldn’t sell for full price — like a darkroom clearance,” she says. “And my friend said, ‘Why don’t we do it at Christmas? People will buy them as gifts. We can do it at my house.’ So it started down on Pine Street at a house for the first two years.”

How far things have come since then.

Siciliano still has a discount table of slightly flawed prints, but her once house-gallery show is now a monthlong exhibition with an official opening event on Saturday, Dec. 13 that will feature performances from seven bands. The tiny collection she sold at the start now stretches across the walls of George’s, with giant, first-rate photos of everyone from Buddy Guy to Bono, some in traditional prints and others using more artistic techniques like cyanotype, a time-intensive process that gives the photo the look of an oil painting. A backlit Trent Reznor of Nine Inch Nails with his arms spread out into a cross lords over one wall and a moody, Nosferatu-esque picture of The Smashing Pumpkins’ Billy Corgan rules another. Nick Urata from Devotchka gives an Elvis lip-curl and the beards of ZZ Top hang low. There is even one of Marilyn Manson printed onto steel — metal on metal.

All the photos are shot on black and white film, the chiaroscuro as much a character as their subjects.

“I try to create prints so that it doesn’t matter if you love that band,” she says. “Like, if you had that Trent picture, I think it’s a cool picture even if you’re not like ‘NIN is my favorite band in the whole world.’”

For example, one photo in the collection is of Siciliano’s daughter playing with School of Rock at Red Rocks, the crowd stretching into the sky behind the monitor speakers and her face adorned with a practiced, “Mom, you are soooooo lame,” look — only 12 years old and already acing the role of a rock star.

Unless your record collection is extremely dubious, the motley crue of tweens is definitely not one of your favorite bands in the world, but the way the photo practically bleeds a fully imagined storyline captured in a single moment could appeal to anyone.

Another — one of Siciliano’s favorites — is of blues legend B.B. King, his head down in prayer as if she actually captured the moment before King rushed into a burning building to save his guitar. Bluesophile or not, it’s a single moment with the weight of a full character study.

One that is particularly striking but that Siciliano says doesn’t seem to sell well is of Janet Jackson, her arm and teeth bared as a light flares in the background like a burning star. With her head-mounted “Garth Brooks” mic, Jackson looks almost positively evangelical.

“I sold one Janet Jackson to my hairdresser, but I thought that one would be a bigger seller,” she says. “She’s so famous. She’s rare. Like you don’t really see Janet Jackson much.”

But engaging as the collection is, perhaps the most surprising thing about it is that while a general strategy of photography is to take a lot of photos knowing a few of them will work out, Siciliano does the opposite.

“I feel like I shoot much better when I have a limited amount of shots at my disposal,” she says. “For most shows, we only get to shoot one to three songs. … Generally I shoot a roll a song.”

Siciliano says that on the rare occasions she’s allowed to shoot the whole show, she might shoot six rolls, but that still isn’t much considering the striking nature of the final product. Siciliano says it’s all about being tactical.

“When you really think about it, there aren’t that many moments that really stand out among others during a song,” she says. “Most moments are standard stuff we have all seen a million times. While that is happening, I just wait. But when B.B. [King] bows his head in prayer, that’s my shot; Iggy turns the mic into a penis, that’s my shot; Trent stretch his arms out in silhouette… Well, you catch my drift.”

The images Siciliano captures feel as large and vibrant as the music itself, a rarity in the Instagram-era of music photography.

“Everything has become so thumbnail,” she says. “I want to keep it big and artistic.”