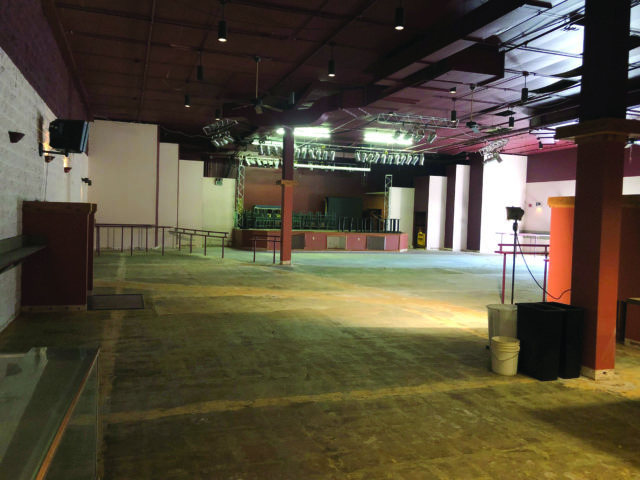 When Marc Gitlin took over Nissi’s in Lafayette back in 2009, it was flailing after three years of irrelevance.

The original ownership “had a nice concept, but they struggled defining what they were,” Gitlin said in a recent phone interview. “It was supposed to be a coffee shop with music, and then they kept changing in an effort to make money. I gave them advice for about four months and then they asked me if I’d like to acquire their struggling business. I saw potential in it, and I’d done music and restaurants my whole career.”

Gitlin, a New York native who grew up with a bar-owner grandma and a father who owned a disco, had owned restaurants and bars in Boulder for years and had most recently owned a spa/salon with his ex-wife. After taking over the 175-capacity original Nissi’s, he saw a chance to capture the 40s-to-60s demographic in Boulder County by booking tribute bands and local blues and jazz talent.

“It was a supper-club feel,” Gitlin explains. “As I took over and I saw the patterns developing, it became more of a place to go hear the music from your past, see your friends, and have dinner and drinks. It was really a middle-aged night club, and it worked really well.”

Gitlin says that the original Nissi’s “peaked” in 2019 just as his lease was up for renewal and the landlord proposed a $4,000-per-month increase in rent. As luck would have it, Gitlin remembered a huge dormant space along busy U.S. Highway 287 in Lafayette, and was able to make a deal with the owner for less than what his rent-increase would have been—for a space triple the size.

“In March of 2020, I went down to Boulder to reach the final terms of the lease agreement and celebrate, and then Tom Hanks announced he had COVID, and the whole world changed.”

Fortunately Gitlin hadn’t signed a lease for the new Nissi’s location or agreed to renew the lease at the old location. He was in limbo. Once a COVID-19 vaccine was announced and things were trending toward recovery, he received a federal grant and quickly moved forward with what’s positioned as a rebirth for Nissi’s at the southwest corner of 287 and South Boulder Road.

The new space, before it sat empty, served as (among other things) a country bar and a BBQ joint; it’s currently being remodeled and prepped for a grand opening—hopefully this spring—with the help of general manager Chris Kresge Jr., who is local royalty as the son of longtime DJ, musician and all-around Colorado-music supporter: Chris “Goat” Kresge, aka “Chris K.”

Gitlin and Kresge appear to be on the same page with branching out music-wise at Nissi’s 2.0, bringing back favorites like Hazel Miller and popular cover bands, but also seeking out exciting original music from up-and-coming local bands and national acts they hope will stop at Nissi’s on tour.

“It’s a dream come true,” Kresge said by phone recently. “I love my dad and I’m really happy he and Marc brought my name to the table. It’s kind of like a father-son story because I’ve been in the restaurant business for over 15 years and my dad and I always talked about how I could get into the music business. My restaurant experience kind of carried over into what I’ll be doing with Marc. It’s super exciting, and I think it won’t be long before national acts that come to Colorado are thinking about Nissi’s.”

Kresge and Gitlin both describe the food options and general vibe at the new Nissi’s as elegant and classy, with a “Starry Night” aspect and an “upscale look.” Along with extensive dinner-and-drinks options, the reborn Nissi’s finally allows Gitlin to combine a general-admission, standing audience with reserved-table seating due to larger capacity (a little under 500).

Kresge—like Gitlin—is confident that the menus for food and drinks will be just as good or better than the original Nissi’s and help retain the regular crowd it attracted, but he’s particularly excited about the potential evolution of the music menu.

“Obviously Nissi’s isn’t going to be the Ogden overnight,” he says, “but I think that a little bit of Marc’s expertise of what makes a business run successfully and a little bit of my passion for music can set that tone, that direction. I love music. I’ve been playing music for over 20 years and I can’t wait to see what this next chapter for me looks like, let alone to be able to be the one that has all this influence I get to put into it.

“Overall, I think the development and a little bit of a change in the acts that’ll be there is all malleable and in a perspective for us to have fun with. That’s where I’m at, is to just have fun. I’m 35 and sitting in that market of, ‘What are we listening to out there?’”

Gitlin concurs, relishing in the possibility of a younger demographic he can now attract with standing-room capacity to juxtapose the supper-club crowd.