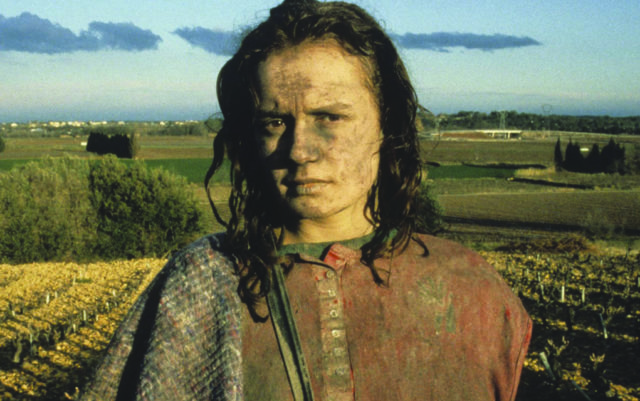 Varda’s first film, La Pointe Courte, (about an unhappy couple trying to work through their problems) was shot on location in a fisherman’s village and mixed locals into scenes with her two professional leads. Released in 1955 — a full four years before fellow countryman François Truffaut made The 400 Blows and jumpstarted the French New Wave — La Pointe Courte blended documentary and psychoanalysis, reality and fiction, much in the same way Truffaut, Jean-Luc Godard, Claude Chabrol and Alain Resnais (who edited La Pointe Courte) would in the coming decades. But while their names became synonymous with the movement, Varda was relegated to the role of mother, or grandmother, of the new wave. A title the rebellious Belgian never quite fit.

Sadly, being first didn’t garner Varda any favors, and a career wasn’t easy to come by. Still, she managed to make over 40 features and shorts, persistently challenging the perceptions of cinema and women’s roles in it — both in front of and behind the camera. And this is no more evident than in 1985’s Vagabond, easily one of Varda’s best and an essential in the canon of feminist cinema.

Vagabond opens with the death of Mona (Sandrine Bonnaire), a 17-year-old drifter found in a ditch frozen to death. The police are summoned, and the farmer who found her is questioned. Statements are taken, measurements made and a conclusion is reached: she fell into the ditch and the cold winter night did her in.

Their interest is in what happened to her, not who she was. Varda begs to differ and interjects her voice as Vagabond’s unseen investigator. What follows is a series of vignettes from people who encountered Mona on her travels: From the men who tried to pick her up to the women who envied her freedom. Varda refrains from armchair psychology and offers plenty of reasons for Mona’s choices but never tries to simplify them. By the end, we know less but understand her more.

The French title, Sans toit ni loi, “with neither shelter nor law” is slightly more apt to Mona than Vagabond. She is a woman of simple needs: a place to pitch her tent and some bread — bought, given or stolen. Those she has. She is also a woman of simple wants: music and marijuana. But without radio or money, they are harder to come by. Not that she can’t, she has her company to offer and her body if she needs to. Yes, she’s free from the strictures of society, but that doesn’t mean she’s free from men’s base desires.

But what Mona is most free of is the camera’s leering gaze. Varda’s camera does not sexualize Mona, idealize her promiscuity or fetishize her freedom — think of what a male writer/director would have done with the story of a 17-year-old girl bumming her way through the French countryside. Instead, Varda gives us a compassionate portrait of a complex soul. It’s a wonder to behold.